4BR looks ahead to the National Youth Championships in Manchester. 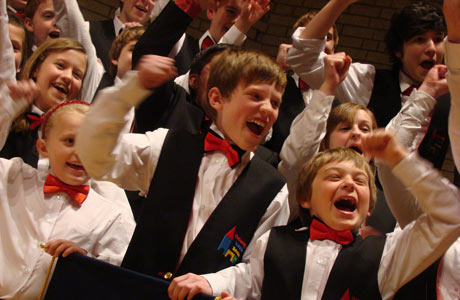 What its all about - the next generation of brass band players...

With the Regional contests a fast fading memory, the contesting attention focuses on the National Youth Championships at the Royal Northern College of Music in Manchester (right).

The British Federation of Brass Bands will have been encouraged by the continued success of an event they organise with slick efficiency, and will no doubt reflect on what the future has to hold for it at their Annual General Meeting, which takes place on Saturday.

That meeting could well see a number of important changes to the BFBB’s future being discussed, although they will hope that any that are agreed will be as successful as the ones that have been incorporated at this event in recent years.

For the fifth year, the event is supported by The Co-operative Group. 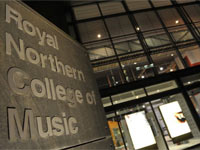 From the moment the clock ticks to 9.00am on Sunday morning, all eyes and ears will be on the first of the 41 bands that will compete in the five sections, with the final notes being blown just before 8.00pm.

It promises to be a full day of high quality music making from a host of some of the most talented young brass and percussion players in the country.

There is cause for celebration this year with no less than 12 bands making their debuts, although it must be tempered by the notable absentees of the likes of Abraham Darby, Mount Charles and Smithills Schools.

Arnold Tattersfield and Gary Walczak do a great job in pulling the event together with support from an army of volunteers, and even though they don’t hog the limelight, both deserve a pat on the back if you do see them.

The playing format for the Intermediate, Advanced and Premier Sections will see bands perform a set work plus own choice repertoire.

Meanwhile, in the Junior and Training Sections the emphasis is more on encouraging the participants to perform in front of an audience and to enjoy the experience.

The Training Section in particular is aimed at ensembles that have not competed previously.

There will be new champions crowned across all of the five sections this year.

Last year’s winners of the Premier and Intermediate Sections, Gwynedd Mon County Youth and Elland Silver Youth are both absent, whilst Advanced Section champion, Carnoustie and District Youth are competing in the Premier Section.

Junior Section winners, Astley Youth will compete in the Intermediate Section, and there will also be a new 'Band of the Day' in the Training Section.

Once again, the BFBB have selected a wide range of adjudicators to oversee the competition.

It all starts at 9.00am with the Junior Section in the RNCM Concert Hall, which will be followed by the Training and Advanced Sections. Everything should be completed by around 8.00pm.

Meanwhile, the Intermediate Section in the RNCM Theatre commences at 9.15am, followed by the Premier Section with everything just about rounded up by 7.15pm.

Manchester's RNCM ticks all the boxes from an organisational point of view and there is always a great atmosphere in and around the halls, so why not take the opportunity and get along and enjoy the experience for yourselves.

To purchase tickets please send a cheque for the correct amount made out to BFBB Contests Ltd to:

4BR has a look at the five sections and the competitors for this year's event at the RNCM. 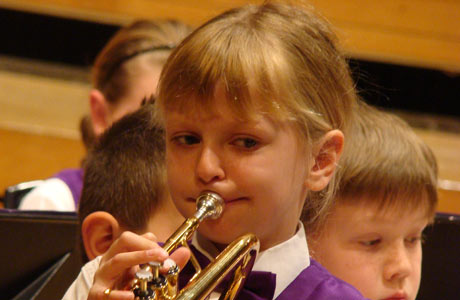 The face of the future in the Training Section 2010...

Up to 15 minutes own choice playing time

The Training Section remains the most important as well as the most entertaining of the whole day and a host of bands make their debuts this year.

The section was introduced in 2009 with just four bands taking part, and has since more than doubled in number.

Coleshill Youth was nominated as the 'Band of the Day' last year and Lucy Pankhurst and Malcolm Brownbill are charged with picking the winners this time around in a contest not to be missed. 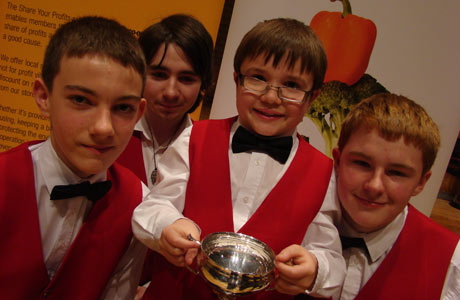 Own Choice programme of up to 15 minutes duration that must include one piece of music composed for brass band and two verses of a hymn tune.

There is a welcome increase in the number of competitors in the Junior Section this year, with the line- up featuring returnees, first timers and those who have competed in the Training Section.

With Astley Youth competing in the Intermediate Section, a new champion will be crowned, but only one who has mastered the real basics of good brass band playing – with the timeless test of good ensemble playing brought under the microscope by the inclusion of two verses of a hymn tune.

Lynda Nicholson and Steve Pritchard-Jones are charged with finding a winner. 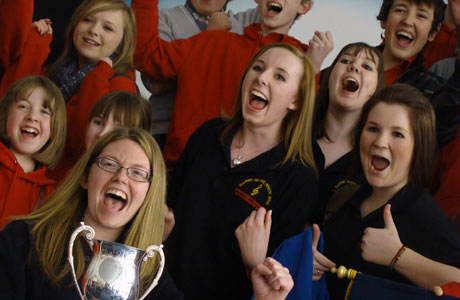 Set Work: Sentinel (Dr Peter Meechan) plus Own Choice programme of up to 20 minutes playing time

The Intermediate Section is the largest and perhaps the most keenly fought contest of the day, and the bands are faced with a new commission from the pen of Dr Peter Meechan (right), entitled 'Sentinel'.

Written in the summer of 2010, it follows on from another work, 'The Karman Line' – a piece which describes the point where the earth’s atmosphere ends and Outer Space begins.

'Sentinel' goes further into space and takes the idea that the stars are somehow guardians of the sky that we can see, and Space further beyond.

The middle, slower section is more reflective, depicting the isolation of Space, before we hear a reprise of the first section as the finale.

With Elland Silver Youth not competing, a new champion will be crowned late on Sunday afternoon.

One thing that is for certain though - there will be plenty of tremendous playing on show as the bands battle for the title. 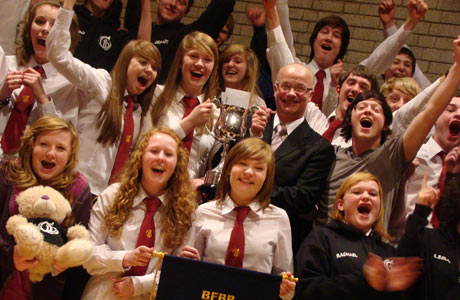 Set Work: Psalms & Alleluias (Philip Wilby) and Own Choice programme of up to 20 minutes playing time

Whilst the brass band stars of the future relax after their endeavours in the Training Section, the musically ante in the RNCM Concert Hall is upped somewhat with six bands, full to the brim with the stars very much of tomorrow, in the Advanced Section.

To win the title they will have to display their talents on their own choice music selections as well as Philip Wilby's (right) lovely, 'Psalms and Alleluias'.

It was originally written for the National Children's Band, but subsequently amended to be used as the test piece for the Second Section National Finals in Harrogate last year.

It’s an ambitious ask, but with the talent to be found in each, there should be some cracking performances to enjoy.

Camborne Youth, Gloucestershire, St Helens and Youth Brass 2000 have all won various National titles in the recent past, whilst Lions Youth is one of the rising youth bands in the country and Oldham makes a welcome return after a year away.

Richard Marshall and Steve Pritchard-Jones will be faced with the difficult task of separating the contenders out. 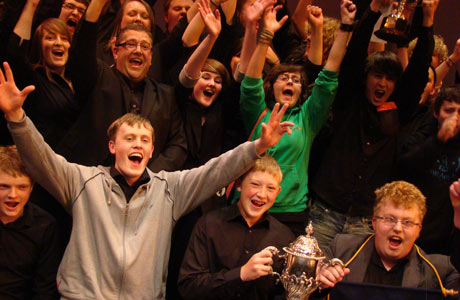 Set Work: Fanfares and Love Songs (Gavin Higgins) plus Own Choice programme of up to 25 minutes playing time.

The competitive climax of the day comes with the Premier Section. If there is one concern for the organisers, it is that it attracts just the three bands again this year, although what it lacks in quantity it will surely make up in quality.

There is no Gwynedd Mon and County Youth so a new champion will be declared on Sunday evening after being tested by a tremendous set work by Gavin Higgins (right) as well as showcasing their talents with their own choice selections.

'Fanfares and Love Songs', was originally commissioned by the National Children’s Band of Great Britain, and whilst the opening part of the work was performed at their end of course concert in 2009,  the Leyland Band gave the first complete concert performance at the RNCM Festival in 2010.

Lynda Nicholson and James Scott will have plenty of great paying to enjoy before they make their all important decision.