There is plenty to enjoy in Montreux — even if it comes at a price that would even make Wayne Rooney think twice about opening his mouth with a rude word... 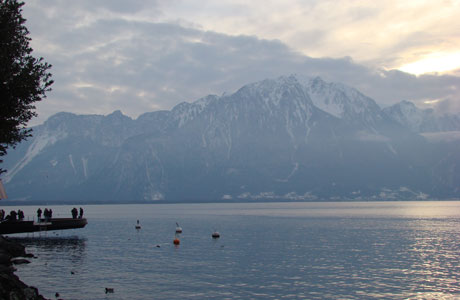 Some backdrop for a quick cup of tea...

If there is a more elegant place to hold a brass band competition, then we have yet to go there.

Ever since those crafty Huguenots took a liking to the town after the Reformation, it has become one of the most desirable places to come and live in the whole of Europe.

It does help of course if you have a bank account that would make a premiership footballer green with envy, but to even mention such rude C words as ‘cash’ or ‘credit’ in these parts is seen as a bit of a faux pas.

For instance, if you need to ask the price of some of the watches on offer in the amazing shops on Montreux High Street, then you can’t afford them anyway. 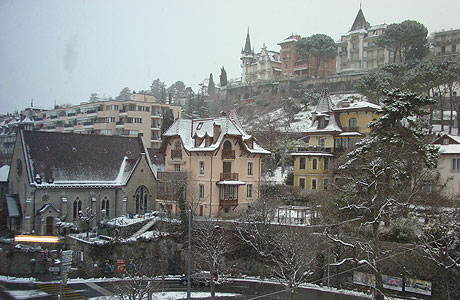 Montreux is elegance personified even in Winter...

It helps explain why that since Napoleon of all people, liberated the region form the Bernese in 1798, Montreux has attracted a certain sort of person on its residents committee.

From Zelda Fitzgerald, wife of novelist F Scott , to Ardeshir Zahedi, son-in-law to the former Shah of Iran, Noel Coward, Vladimir Nabokov and Jean-Jacques Rousseau, it has been home at some time to the great, the good and the sometimes less than savoury.

Having money means you can live anywhere though.

It has also attracted a great many tax aware musicians too – from Freddie Mercury (who is commemorated by a wonderful statue – unlike Michael Jackson at Fulham FC) and Shania Twain to Igor Stravinsky and Dame Joan Sutherland.

However, its famous Jazz Festival, held annually since 1967, has perhaps brought it greater cultural recognition than even Deep Purple’s 1972 homage to the flare gun induced pyromania in the local Casino – the legendary, ‘Da, Da Daaa, Da, Da Da Daaa’, of  ‘Smoke on the Water’.

Montreux has history and culture bound hand in hand. 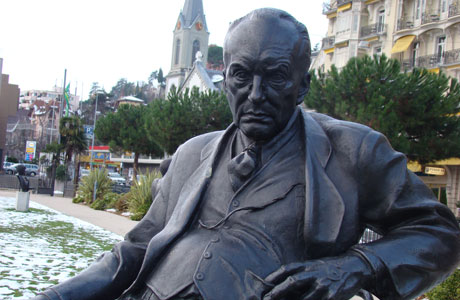 The Lolita man - Vladimir Nabokov made his home in Montreux

The people you will meet are wonderfully friendly, multi lingual, highly professional and very accommodating. They know the value, as well as the price, of everything.

So if you are able to make it out to the 34th European Brass Band Championships, then make sure you take your time to enjoy both – from a quick stroll up from the Montreux Convention Centre through the small garden with its statues of some of the jazz greats who have played here over the years – to a more serious, but beautiful walk hugging Lake Geneva from Villeneuve all the way towards Vevey.

Then if you have the energy and a few spare francs, why not pop into that famous Casino (rebuilt in 1975) and try your luck there too.