No more Little England syndrome as the BFBB looks towards European integration for the future... 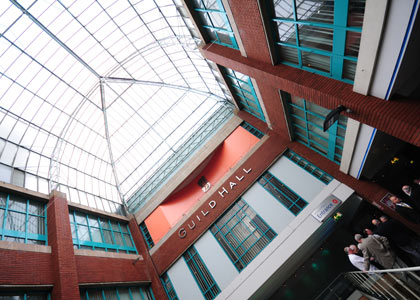 Things are looking up in Preston...

English integration into Europe becomes ever more complete it seems.

The BFBB may not be quite ready to put their hand in their pockets to help bail out the fledgling Greek brass band economy, but at least the desire not to be left on the margins of the ever more powerful European Brass Band Association has seen them take progressive action.

2011 could really be a turning point for the English National Championships, as the ‘Little England’ syndrome that so stunted the ambition of the contest is finally kicked into touch.

The BFBB has seen EBBA run highly impressive events in Linz and Montreux in the past two years, following a blueprint that although occasionally overblown, has had at its core a major brass band contest that is quality led, relevant and increasingly popular.

And after the years of broken promises, ill-conceived ideas and a fair dollop of bad luck, the BFBB has taken the step of copying it here at Preston: It could well be the event’s rebirth.

There are still issues to tackle however.

The Guild Hall remains a pretty dour venue  – a cheap, oversized millstone around the BFBB’s neck, but the insistence on developing a contesting ethos of quality rather than quantity is to be applauded.

The top English bands are now attracted to the contest, if not necessarily Preston, in more ways than one.

A greater degree of transparency permeates things too – something the introduction of the own choice selections to the audience before each performance, pre results comments from both sets of adjudicators and the full declaration of the results will enhance further. 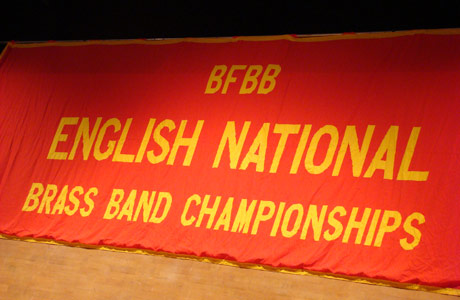 The BFBB has come in for justified criticism in the past about the way this contest has been run, but to its credit it has taken a very long and hard look at itself and decided to change.

This year there is a healthy prize fund (the winners leave with a package worth close to £6,000 to help with the costs of Rotterdam 2012), a quality mix of adjudicators in Derek Broadbent, Ian Brownbill, Steve Sykes and Andrew Duncan, a testing set work that places an emphasis on musical style and not just technical proficiency, a host of intriguing own choice selections and a transparent results process.

The bands should have plenty of time to recover from their set work exertions in the morning before they showcase those own choice selections in the afternoon, and with a bit of luck, the results could well be announced by 7.00pm.

Study scores will be available on the day of Martin Ellerby’s set work ‘Elgar Variations’, tickets can be bought at the door and there are plenty of places to go and have a cup of tea and a Lancashire hot-pot too.

4BR will be there to bring you all the action, with video interviews and round ups, twitter, live comments, pictures and plenty of post contest analysis.

We are all Europeans now – even if the BFBB will be well advised not to put a Greek salad on the lunchtime menu….