Malcolm Wood provides a follow up to his intriguing article on how the conductors and players coped with the twin musical disciplines of the English National Championship. 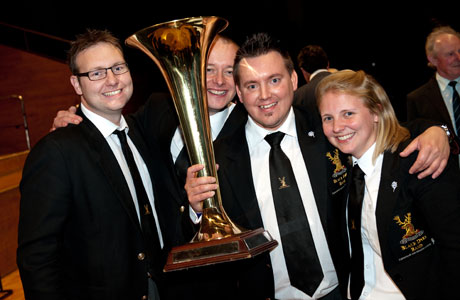 Having previously gained the thoughts of players and conductors on how to approach the unique disciplines of a twin legged, one-day European format, the evidence that was garnered from the actual events at Preston were intriguing.

An engrossing contest threw up varied answers to the demanding questions posed by the bands having to perform under pressure a set work followed by an own choice selection within hours of each other.

Not to be opened

Some MDs and performers had experienced the format before – although Black Dyke’s MD, Dr Nicholas Childs had perhaps deliberately put his experience at the 2002 Europeans in Brussels in a box marked ‘not to be opened’ in the darkest recess of his mind prior to the contest.

Now he has fresh memories to recall when next speaking to 4BR, so whilst it was intriguing to hear what he had to say about the way in which he managed his resources in winning the English National title, perhaps the greater insight came from his players.

Black Dyke's solo baritone player Gareth Brindle seemed to enjoy the experience: “I was quite happy about the format,” he said.

“Being in Black Dyke, you get used to performing at concerts in which we have to play two test pieces back to back, so from a focussing and stamina perspective, it wasn't something new.  The break between the two legs helped refocus the mind and the lip recover, so when we returned it was as if we were starting afresh.”

Speaking the day after the victory, the band’s principal euphonium, Gary Curtin also admitted he wasn't fazed by the challenge – something his own MD pinpointed in commenting on his fine personal contributions to the success.

“Saturday was a challenge, but I loved every minute of it. I’m meticulous with my personal preparation and that aided me without a doubt. I had no problems with stamina and found the break helped to focus me for the afternoon. Now I’m looking forward to the Europeans knowing what is in store.”

Meanwhile, Mark Wilkinson led Foden’s to the runners up spot, and the band's principal cornet spoke of his personal enjoyment in testing himself once again under the pressure of two test pieces in one day.

“Having played ‘Elgar Variations’ at the Europeans in 2007,” he told 4BR,  “I knew how tough the piece was and how I had to make sure I kept things under control.

"I’d been practising the solo part up to ten times a day so that through intensive rehearsals and then at the contest, I knew I was able to produce a performance I was happy with. There were no negative thoughts coming into my mind.” 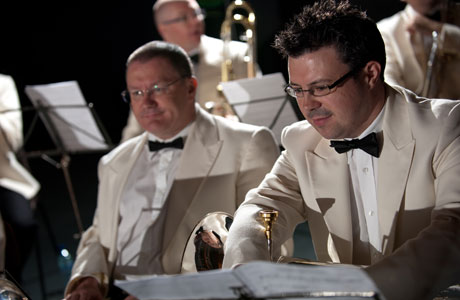 Other leading players echoed those thoughts.

David Thornton later told 4BR how he had enjoyed the experience with Leyland. “I’ve been fortunate to play at the Europeans a number of times, so that helped, but I didn’t feel under any more pressure that the contest was on one day instead of over two.”

Although no band was drawn last in the morning and then first in the afternoon, Hepworth had the least amount of ‘turn around’ time of the nine competing bands – drawn 8th and then 2nd.

And despite having just over 2 hours between performances, MD Ian Porthouse was delighted with how things turned out.

“I was very happy how the set work had gone. After the performance I told the band just how well I thought they had played, to concentrate on the positives and look forward to producing more of the same in the afternoon. I think the lack of waiting time did the band good.”

Ian also drew own his own European experiences.

He added: “I loved the challenge of the European contest so I knew it was going to be tough on the players. However, the long, intense rehearsals we had in preparation really benefited the band. They stayed focussed, despite being tired, right to the end of the own choice performance. I was really proud of their efforts.” 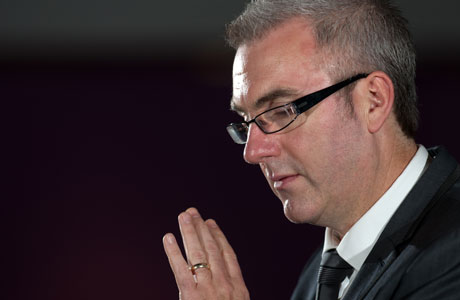 Sitting in the audience for the entire day was cornet legend, Phillip McCann who as usual shared some interesting thoughts with 4BR.

“From a stamina perspective, I didn't detect any real problems,” he said. “From a conductor’s perspective, when you're rehearsing two test pieces every night beforehand, you'd expect players to be in decent shape anyway”.

In respect to the music choices he was equally forthright. “There was an interesting selection of test pieces, but I have to agree with Derek Broadbent that perhaps the bands didn't show off their strengths as well as they could have done and missed the opportunity to produce real lyrical playing.  It's important players and conductors trust their instincts by picking pieces that play to the strengths of the band.”

For Garry Cutt, Preston was a rare occasion when he'd sat and listened to a major contest without direct involvement.

Having given 4BR a few tips in advance, how did the man who'll lead Grimethorpe at the Open in September feel things went?

“I would have thought it was a new experience for around 98% of those involved, and I felt the majority coped admirably. The bands certainly went for it on the day”.

He also thought the bands will have learnt the most valuable lesson of all from the weekend, and how to be perfectly prepared in future.  “Having gone through the two tests on the same day, MDs and players will know just what amount of hard work they'll have to put in to succeed.”

Also enjoying the contest was the experienced adjudicator, Malcolm Brownbill, and he gave his thoughts on the day itself.

“I thoroughly enjoyed it and the day passed so quickly”, he said before adding, “There were some fine performances in the morning and then the afternoon was very exciting simply because of the own choice element.”

He added: “The bands gave fine accounts of demanding works and they will have learned a lot about themselves. I’m sure in some cases they will be thinking as to the kind of piece they will play in an own choice contest in the future. This will have told them a great deal about what they can and cannot cope with.”

Used to the idea

Preston brought a very European idea to English banding – and one that proved to be a success with conductors, players and audience alike.

Now they have got used to the idea – can the English master it again at the European Championship in years to come?

If they can, this first hand experience will have proved invaluable.