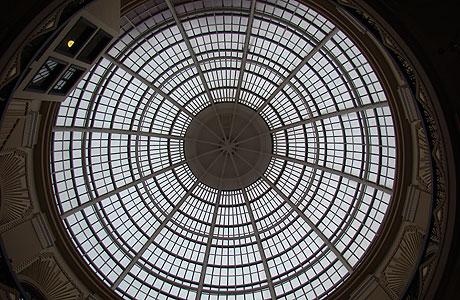 Let there be light...

Blackpool is changing; the Winter Gardens are changing: North West banding is changing too.

Quite a bit of money is being spent on the Las Vegas of the North. At first you may not notice it, but little things are a giveaway. Walk into the main foyer of the Winter Gardens and the place comes to life. Light beams down from the restored cupola.

It’s more than just lick of paint though: Something of the old grandeur has been restored.

The honours board with the names of some of the great entertainers who have played on the stage of the Opera House has a much more 21st century look about it too – although poignantly one of the first names that jumps out to your eyes is that of comedian Frank Carson, who died a week or so ago.

The main thoroughfare bustles with activity, the traders have a proper (if cold) spot to do their business, and the punters can flit from one section to another to listen to favourite bands with ease. 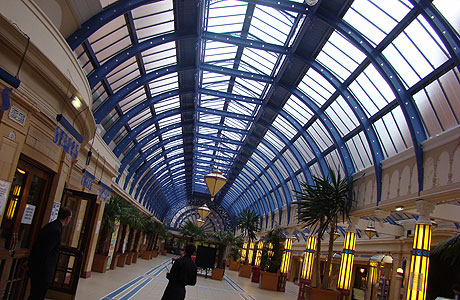 The Pavilion Theatre may not have the best acoustic in the world, but there can’t be many more impressive looking venues to host a Fourth Section contest, whilst the massive Empress Ballroom also has its challenges (the elevated adjudicators box, some 60 yards away from the stage being one), despite its fabulous mock rococo interior design.

In comparison the Opera House is a bit dark and dingy, but does offer a stage that soaks up any booming percussion without camouflaging the best efforts of crafty MDs who tried to hide technical deficiencies with a bit of overzealous timpani playing.

Next year the venues may well stay the same, but the there will be two men in the box in each section. 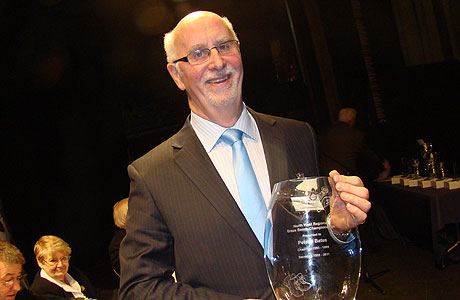 As for the contests themselves?

After six years, Foden’s long run of supremacy came to an end, courtesy of a Swiss MD who will forever hold a special place in his heart for the Golden Mile.

Elsewhere the region will send strong qualifiers to Cheltenham – with impressive new champions in particular. 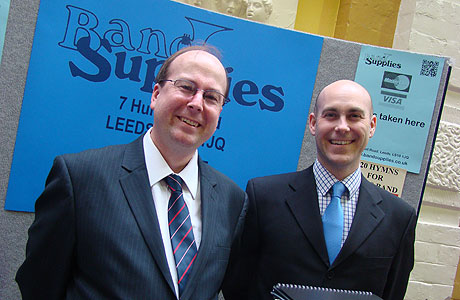 Keep smiling despite the cold... The lads from Band Supplies

There was plenty to debate and argue over too – from Leyland’s fantastically elasticized winning performance, to the appropriateness of some of the test piece choices and even the result in the Third Section.

The bars hummed with intrigue and arguments long into the night.

There have also been changes in the organisational structure of the North West Regional Committee, with Keith Tysall taking over the reins from Peter Bates.

He must have been very pleased by the way in which the various contests ran.

The new era promises much, with awards for the bands in the top six in each section, bespoke percussion expertly provided by Ray Payne, a new award in memory of the great Tom Cheadle (who always put a smile on your face), and the St John’s Ambulance Brigade on hand to administer appropriate medication for those in shock and awe after some of the results were announced.

Finally, it was good to see Peter Bates presented with a wonderful crystal glass vase in recognition of two decades and more of loyal service to the competition and North West banding – and good to note that his expertise will not be lost.

He even promised that he will return to wearing his famous white trainers too.

Some things should never change at Blackpool.