How a Dickensian inspired case between two bands and Section 4 of the 1889 Arbitration Act defined the way in which all brass band contests are run... 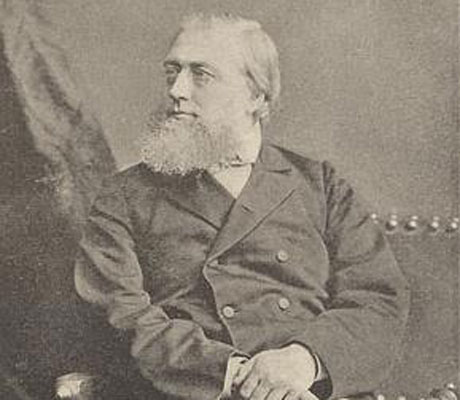 If you have ever wondered why more brass band contests results don’t end up being referred to the law courts of the land when disputes arise, it’s because contest organisers owe an odd debt of gratitude to His Honour, Judge Samuel Danks Waddy.

For it was he, imbued with the Wisdom of Solomon, who sat in judgement at Sheffield County Court in December 1896, concerning an appeal hearing on the application of Section 4 of the 1889 Arbitration Act.

His Honour was hearing the case of Woodhouse Prize Brass Band versus the Woodhouse Perseverance Brass Band, in an action that could well have been inspired by the interminable Dickensian litigation case of Jarndyce v Jarndyce in ‘Bleak House’.

This particular brass band case was brought by the plaintiffs Woodhouse Prize to recover the sum of £2.00 from the defendants, Woodhouse Perseverance Band, under the appropriate section of the rather obscure Act.

It was stated that Woodhouse Perseverance Band had promoted a local brass band contest, whose condition of entry was that it was deemed open to any band that had not won a £5 prize in the preceding year. 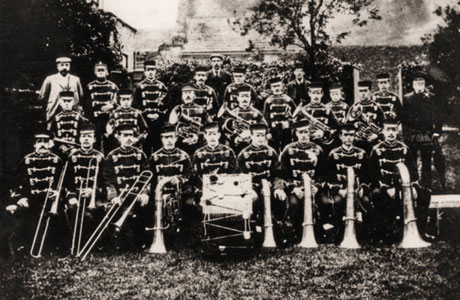 In the event Skelmanthorpe Brass Band competed in the event near Sheffield in May 1896, in which they won first prize – with Woodhouse Prize coming second: The difference in prize money being the £2 that was being claimed.

It was argued by the plaintiff’s lawyer Mr Arthur Neil that Skelmanthorpe had in fact won a prize to the value of £4 earlier in the year at Darley Dale, with an additional prize of a slide trombone worth £7 & 7 shillings – therefore making them technically ineligible to compete.

He argued that this was a fact that the contest organisers knew and should have implemented by disqualifying them from the competition.

Resplendent in powdered wig and with thumbs tucked into the lapels of his black morning suit, Neil eloquently set his case out to His Honour by passionately inferring that the ultimate result, ‘... was not therefore sport, and not according to the principles of sport as he had understood them since he was a Yorkshire boy.’

He further contended that, ‘...to put out of sight something like two thirds of the value of the prize, if it were a practice, was very like a trick’.

In a final plea for justice for his clients, he added: ‘Morality demanded that the real value be recognised and that a mistake had been made to allow Skelmanthorpe to compete.’

This rather tickled His Honour, who until this time seemed rather perplexed by the arcane rules of contesting that were being argued over.

‘I’m smiling’, he was to have chuckled after hearing the unintended pun from the lawyer that the contest, in his opinion, ‘did not promote harmony’.

Mr Wilson, representing the contest organisers, stated that the £5 prize did in fact mean £5 in cash, although he conceded the additional award for the trombone was being interpreted by the plaintiff as a cash equivalent.

This he argued was the reason why Skelmanthorpe was not disqualified by the contest organisers. 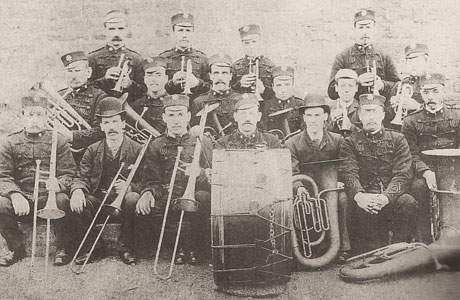 His Honour initially adjourned the case to look into the legalities of the contest promoter’s disclaimer that, ‘...if any dispute arises the same must be referred to the band committee, whose decision shall be final, subject to no after proceedings’.

At the first hearing in July, he ruled that no contest organiser could be deemed ‘as their own judges’ on such matters.

However, after further deliberation on appeal, Judge Waddy said that the case was, ‘one of the most interesting he had known for a long time, and in some of its aspects it was one of the most difficult in its legal areas.’

His final decision was that the organising committee was in fact, ‘...the proper tribune to settle the dispute’ and that he was therefore determined he said, ‘...to set this question at rest’.

Oddly then, even though Woodhouse Prize Band was technically the legitimate contest winner, and that Skelmanthorpe should have been disqualified, under Section 4 of the Arbitration Act, he could not reverse the decision of the contest organisers, although he could still award the band the sum of £2 they were seeking.

He therefore agreed with the Woodhouse Prize Band that they had been beaten ‘fairly by its rivals’ on the musical contest stage, even if they shouldn’t have been competing against them in the first place.

And with that rather pyrrhic moral victory to a competing band, the legality of contest organisers to state categorically on their entry form that, ‘their decision is final’ was just about set in stone for the following century or more...

His Honour may have a lot to answer for....

Samuel Danks Waddy was a liberal MP who represented both Barnstaple in Devon and from 1879 onwards, Sheffield – only to be voted on just four months later in the General Election of 1880.

He was then elected MP for Edinburgh, but when that seat was abolished he unsuccessfully ran for office at Hallam in Sheffield, later becoming MP for Brigg in Leicestershire.

The Woodhouse Prize Band was formed in 1853 and is still going strong today.

The 'Prize' was added after winning many contests and the band beat Black Dyke at some time in the 1880s.

In 2003 they celebrated their 150th anniversary.

The Woodhouse Perseverance Band no longer exists - competing until around the turn of the century before folding.

The Skelmanthorpe Band is now one of the Yorkshire's Championship Section bands.