4BR Editor Iwan Fox reports from a passionate, fevered and at times chaotic conflict at the registry open forum in Barnsley. 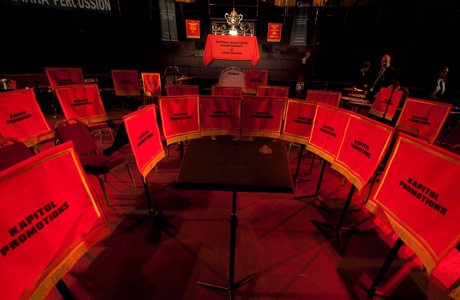 Perhaps the last conflict in the trench warfare that has scarred the battle to gain control of English banding registration was played out amid a rather chaotic atmosphere in a conference room of a bland motorway hotel near Barnsley on Sunday.

Not that there was anything bland about the rather fevered, passionate debate that ensued.

Representatives of 46 bands fired well aimed opinions, questions, accusations and demands from their own home barracks of the West of England and Yorkshire to the Midlands and North West – all hoping to see a possible end to what one representative colourfully called, ‘a battle between cats in a sack’.

The ‘cats’ in question sat some way apart in the increasingly warm room (a good job as the you could almost smell the level of antipathy as claws were drawn) – with Brass Bands England headed by Chairman, Robert Morgan MBE (who had the very difficult task of chairing the open forum) and Kapitol Promotions Philip Morris and Nicola Bland.

It soon became obvious that the proposed two hour time table envisaged to cover the agenda was not going to be met, as searching questions over integrity, competence, distrust, inaction, time constraints, legalities and even possible criminality activity were posed from the forum floor.

Understandably, it meant that were no formal reports from the six English regions, whilst David Ashworth cut down his proposed discussion paper on the possible formation of an independent registry and English National contest.

Much to the frustration of some representatives, the forum itself had no mandate to propose any further courses of action on any of the issues that arose.

The outcome was clear however.

If bands want to play in the 2013 National Championship Area contests then they will have to sign up for the Brass Band Players Registry, up to a week or so before the events take place.

Entries still need to be sent into organising committees by due dates, but the Kapitol message was as overriding as the Maginot defensive line – and one that was stated time and time again in detail by Philip Morris.

He was given a very uncomfortable grilling, but when asked for simple clarity by Kevin Holdgate, the former Grimethorpe Colliery trombonist, and by David Ashworth on whether a compromise ‘two card’ approach could be used for the Areas – he repeated the answer.

No. If bands don’t sign up with Brass Band Players Ltd - they don’t play.

As much as it enraged feelings; accusations of ‘dictatorships’, ‘fait accompli’, ‘standing on our throats’, ‘railroading’ and ‘lack of consultation’ were passionately aired,  the stonewall defence was repeated:

‘The organisation of the 2013 event is now underway. We are responding to requests made of us from bands. We do not want to see a repeat of the problems such as last year (in respect to the former British Brass Band Registry).’

The forum responses made it apparent that the major problem facing Kapitol will be one of trust.

It was apparent that they will now need to work hard to persuade bands who have not yet signed up for the BBP Registry to do so (it was admitted that their current figure stands at around 30 – with only a handful stating that they had done so at the meeting itself).

More crucially, they will need to show how their future intentions to develop it will be controlled through the ‘Advisory Panel’ (‘they will decide on how any profits are dispersed’) made up of a majority of banding representatives and other contest organisers.

A grudging air of deep seated, disgruntled acceptance seemed to permeate the meeting.

If the forum was an accurate barometer of feeling then it will have indicated continued future squalls of damaging stormy English banding weather around the country.

Kapitol left knowing it still has to win the hearts and minds of the competing troops on this one, although it remains to be seen whether there is an appetite to engage in a type of Starbucks customer power protest.

As one representative pointed out, “It’s a bit like being told that the only coffee choice you have is ours - or nobody else’s. The trouble is we all want to carry on drinking the coffee.” 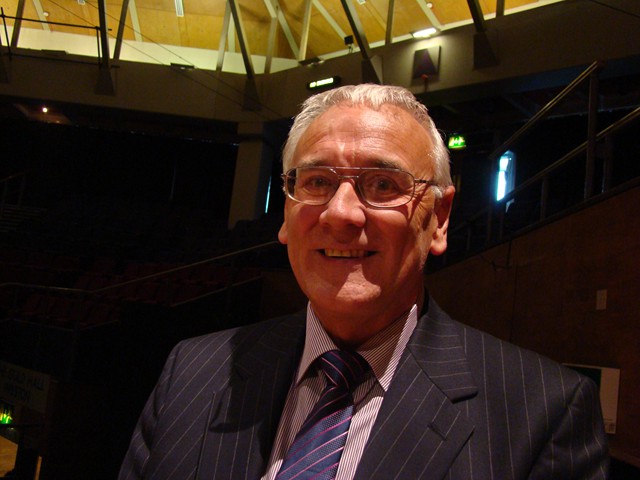 Brass Bands England will be faced with a set of contrasting problems too.

The initial BBB Registry defence set out by Robert Morgan appeared flexible – ‘we are always willing to talk’ - although he expressed his disappointment at regional committees, ‘who rolled over to Kapitol’s dictatorship’ and a Registry Line Manager ‘who let us down’.

However, who Mr Morgan will be actually talking to in the near future may well depend on whether or not Her Majesty’s local constabulary will be looking into allegations made in  the Registry ‘Service Update’ given on their website and presented at the forum meeting.

That stated; “The new team has had to overcome significant challenges as a result of well documented troubles of July & August 2012 including missing computer software, hardware, data, band registration cards, correspondence and payment cheques”

This rather startling allegation brought an immediate demand for explanation from David Ashworth – himself a retired police officer,  that in addition to his discussion presentation pinpointed the perceived problems at the heart of the British Brass Band Registry’s probity and competence – the issues that Kapitol had argued had persuaded them to set up their rival registry service in the first place.

Robert Morgan was asked three times by 4BR (as well as others) to state categorically whether he believed that someone or some persons within the BBE or British Brass Bands Registry had or had not engaged in criminal or illegal activity, and whether or not the police had been contacted.

One each occasion he replied that he was, ‘not prepared to answer those questions’, although he did state that he had ‘sought legal advice’ and that ‘investigations were ongoing’, as well as confirming, when asked, that staff were allowed to take Registry work home with them at that time.

Meanwhile, the current working practices and outcomes of the BBBR also sparked an emotional defence (accompanied initially by a mocking yawn towards the 4BR Editor) by Liaison Officer Terry Luddington, when asked if his IT support work came within his initial job description.

The BBBR’s historic work certainly gained widespread support in the room: “Why do we need a new registry as ours works so well,” as one representatives said, although there appeared genuine concern over the disturbing allegations and their possible far reaching consequences.

Brass Bands England will have left Barnsley heartened by the interest generated by the open forum, (46 bands represented with 32 letters of apology/support), although less pleased that it still cannot garner enough support to prevent the outcome set in irrevocable motion by Kapitol.

However, the darkest cloud appearing on their barometer is that of a potential police investigation into possible criminal activity having taken place within the British Brass Band Registry – a matter that may now be taken out of their hands.

There were no winners or even an Armistice declared at Barnsley – both BBE and Kapitol leaving this particular battlefield with plenty to consider after a battering at the hands of a battalion of passionate banding representatives.

The end is in sight however as they themselves will have realised as they left for home pondering the pertinent words of Peter Smith of Desford Band, who summed things up to close: “Bands now have to make a personal decision on what action they wish to take about competing at the Areas.”