As the Fourth Division enters its second decade of competition, the signs are that the Norwegians have got the contest formula right — thanks to plenty of musical ambition. 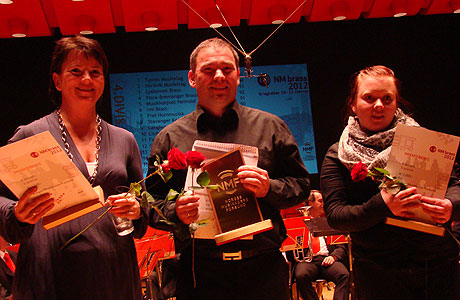 When the Fourth Division was set up at these championships in 2003, no one would have suspected that ten years later it would have developed in such a vibrant way.

Perhaps the signs were there in the very first place though – as the inaugural winners Tertnes Amatorkorps showed the type of dare devil ambition with their own choice selection of Gilbert Vinter’s ‘Entertainments’ that has become the hallmark of the contest ever since.

Since then we have had winners performing everything from ‘Journey into Freedom’ to ‘A Breathless Gnu Kiss!’ – but most of all we have had countless bands, pushing their musical boundaries under the most experienced MDs to newcomers taking their first competitive steps with the baton.

This year is no exception either – with 15 well matched bands presenting music as diverse as Gordon Jacob and Leslie Condon to Philip Sparke and Simon Dobson.

There is a strong UK ex-pat contingent too – with Nigel Fielding and David Morton (former Grimethorpe and Foden’s stars) locking horns with the returning Marieka Gray and the debutant Richard Ward, who has made his name with Zone One Brass in London.

It should make for a great contest for adjudicators Alan Fernie and Jan Van der Roost to enjoy in the Peer Gynt Hall on Saturday morning, with a host of bands more than capable of taking home the KR14000 first prize.

Seven of the contenders played at the Siddis Entertainment contest last November - although not all in the same section, so using that as a form guide may be a little misleading. 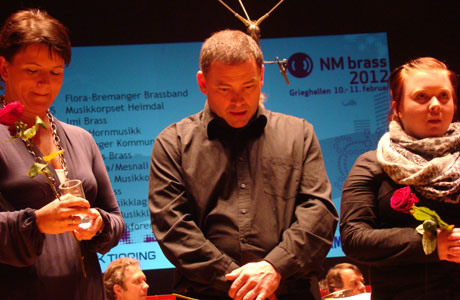 Tysvaer Brass kick off on the stroke of 11.00am looking to make an impression following their promotion from the Fifth Division and coming 14th in the Second Division at Siddis.

They have opted for Anders Beijier’s, ‘Heart of a Salvationist’ to see if they can claim the title under Londoner Richard Ward.

Skeie Brass certainly enjoyed their Siddis appearance as they came 2nd in the Third Division, so Nigel Fielding will be looking to build on that result with their own choice of ‘Triptych’ as they aim to push up the results table after last year’s 12th place.

IMI Brass didn’t so well at Stavanger in ending 11th – although they were playing in the Second Division.

Not too much should be written into that as they seek to improve on last year’s sixth place with their Salvationist selection of ‘The Music of Thy Name’. They could be the band to beat.

Sotra Brass will make the short journey to Bergen boosted by their podium promotion from the Fifth Division and their fine second place at Siddis as they opt for ‘The Present Age’ as their selection.

Stavanger Kommunes Korps meanwhile  is another band which brings good form from Siddis as they seek to claim the title with their selection of ‘Variations on Laudate Dominum’.

Lismarka/Mesnali have opted for Simon Dobson’s evocative ‘Penlee’ as their own choice as they look to move up the results table from last year’s 10th place, whilst 2012 Fifth Division champions Bertnes Brass will seek to claim a second successive National title with their own choice of ‘Variations on a Chord’ by Jan de Haan.

Fraena Musikkorps will look to bounce straight back after their relegation from the Third Division with ‘A Malvern Suite’ under the baton of David Morton, whilst 2005 champion Fagernes Musikkorps will also be looking for a better return with their choice of ‘Firestorm’ after coming 11th last year.

Floro Hornmusikk is a possible strong contender after last year’s 4th place, as they opt for Gordon Jacob’s beautifully constructed  ‘Little Suite in Bb’, whilst newly promoted Filadelfia Hornorkester has out its faith in the powerful ‘Turris Fortissima’ by Steven Ponsford.

Flora-Bremanger opts for Philip Sparke’s popular ‘Triptych’ as they look to claim a podium spot or better after coming 4th last year.

Frei Hornmusikk is one of many bands this weekend to place its contesting faith in Leslie Condon’s ‘The Present Age’ as they seek to improve on 7th place last year, whilst Randaberg under Marieka Gray is another that opts for Sparke’s ‘Triptych’ as they look to show form after Third Division relegation and a lowly finish at Siddis.

That just leaves 2007 champion Langhus Brass who opt for ‘Purcell Variations’ as they choice as they hope to capture some decent form after lowly finishes both here and at Siddis.

Hard to say there was a clear favourite in this field, but we think it may be the right time for IMI Brass to make their mark – although we did day that last year too!

Our dark horse is Sotra Brass

2013 Draw: 1
Own Choice Selection: Heart of a Salvationist  (Anders Beijer)

Own Choice Selection:
2012: The Saga of Tyrfing