The doors of Kneller Hall were opened recently for the free Corps of Army Music Summer Academy — with 44 talented young musicians enjoying their first taste of a possible future professional musical career. 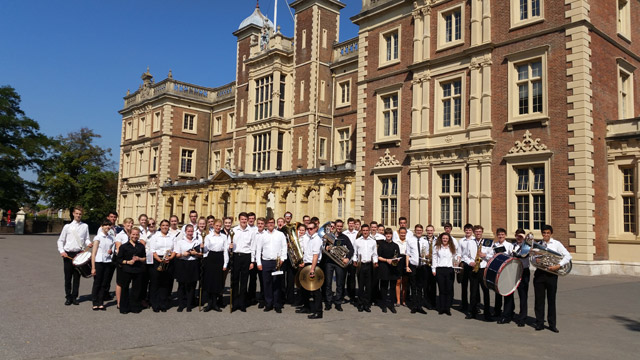 A future career? The 44 lucky participants get their first glance of Kneller Hall

The Corps of Army Music’s (CAMUS) Summer Academy, the largest event of its kind held by the British Army, recently saw 44 talented musicians enter through the gates of Kneller Hall in Twickenham for a week of memorable music making.

The free Summer Academy is run by CAMUS staff and is designed to give youngsters an insight into the life of an Army Musician.

With food, accommodation and rail travel to and from Twickenham all provided for the lucky participants, it gave the young musicians the opportunity to experience a ‘taste’ of what a potential musical career in CAMUS would be like.

The week-long programme included several facets; including learning to perform in an Army marching band and play in a concert band environment, as well as experiencing at first hand the world class masterclasses that are given by Royal Military School of Music (RMSM) professors.

Although the vast majority of the course was geared towards music making, the highlight for many was the 'Green Day', hosted and run by Regimental Sergeant Major WO1 Kevin Marsh, from the Princess of Wales's Royal Regiment. 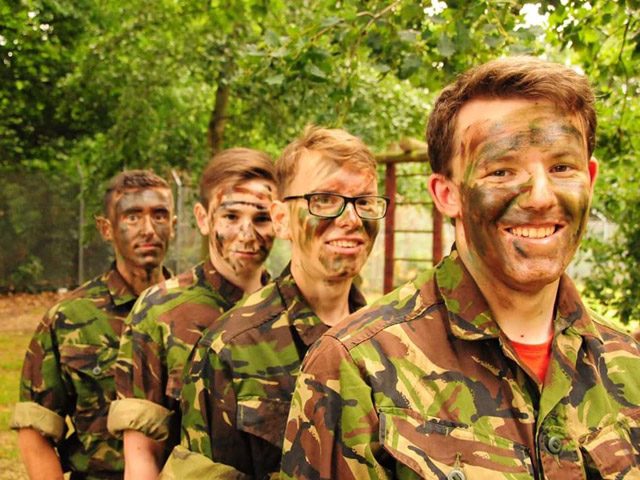 The ‘Green Day’ offered the opportunity to learn a number of basic military skills that would be enhanced upon when taking the decision to join CAMUS.

In addition another highlight saw the musicians treated to a 30-minute marching display from The Band of the Household Cavalry - dressed in their full ceremonial uniforms: The immaculate drill, deportment and superb standard of musicianship on display were the perfect examples of the musical skills developed by professional musicians in CAMUS.

The climax of the week saw the 44 musicians marching to the Kneller Hall Bandstand (affectionately called the 'Rock') playing the military band favourite ‘Imperial Echoes’. 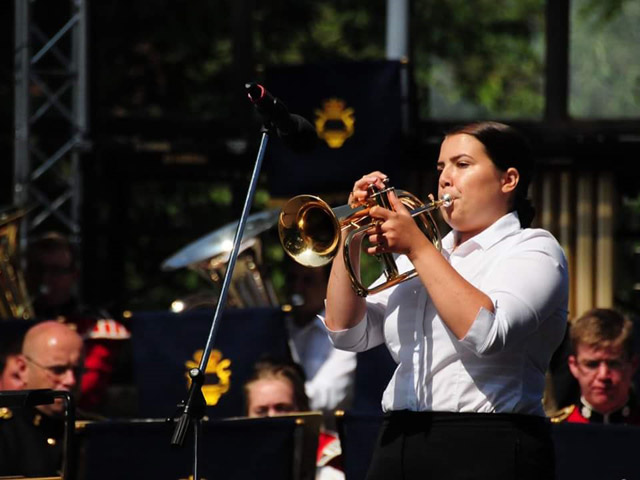 Up for the challenge: Flugel player Kate Malcolm

They then performed a wonderful concert to their friends and families, with music that included the overture ‘Rienzi’, ‘Children of Sanchez’, played superbly by Kate Malcolm on flugel horn, and Shostakovich’s ‘Festive Overture’.

Kate, who came down from the North East for the Academy told 4BR: “I had a great week at Kneller Hall, especially as the repertoire was challenging and exciting to play.

I really enjoyed playing a solo, although I was nervous at first, but the mentors and CAMUS Staff gave me the confidence to succeed.

It was a great week I can’t wait to go back again next year!” 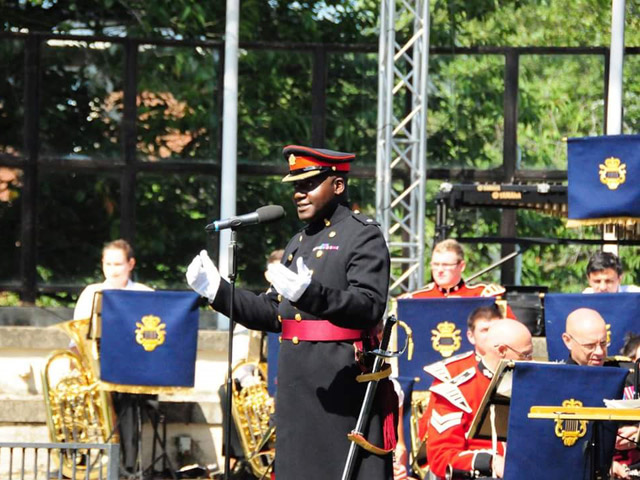 The Musical Director for the week was Major Ian Johnson, who is in control of Manning & Recruiting for CAMUS, and he told 4BR that he was delighted at the enthusiasm, quality and sheer determination of those who came along.

“The 2015 Summer Academy has been an excellent event for all involved. The attendees were outstanding in their application and it was a real pleasure to conduct them and see their progress throughout the week.

The music I selected was not easy and they rose to the challenge admirably. I was most impressed that all the attendees were willing to give it a go and in a very short space of time they bonded to form a close-knit group."

He added: "I look forward to monitoring the progress of those who have applied to join CAMUS and hope the memories of an excellent week, remains with all the attendees for years to come.

The team and I are already looking forward to hosting the 2016 Summer Academy, so we hope it will attract even more people to come along and see what CAMUS has to offer young musicians.”