4BR catches up with the talented French tenor horn star Anthony Galinier to find out more about his passion for bringing a touch of Gallic inspiration to a very English instrument... 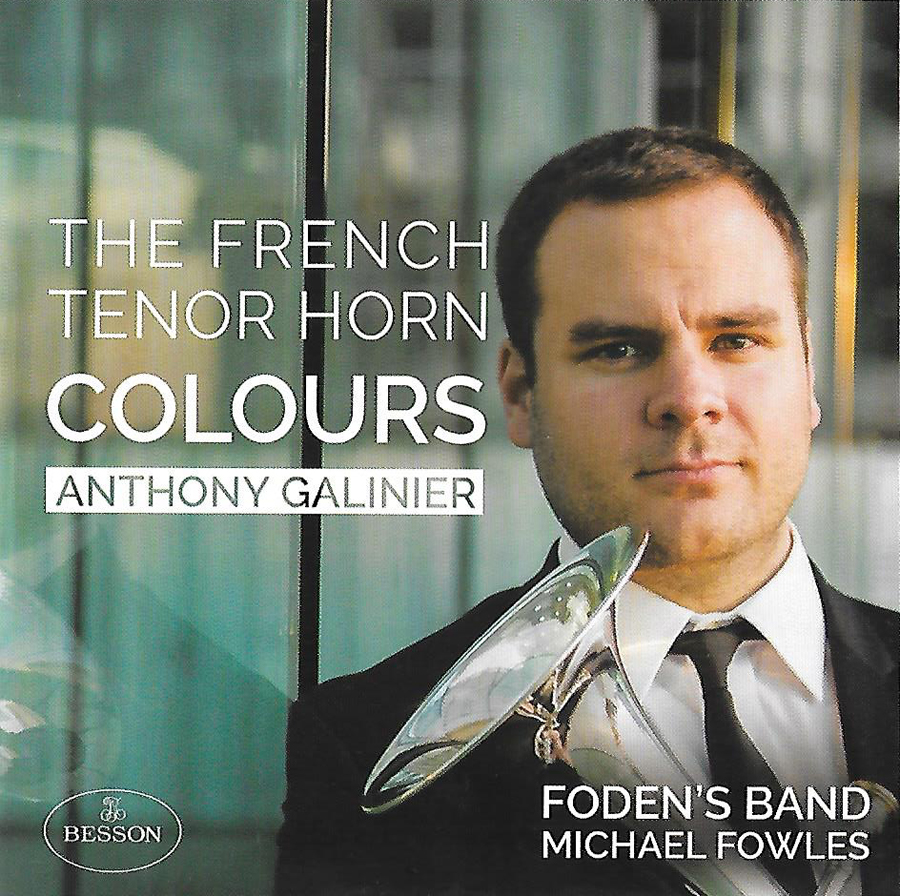 1. Congratulations on the release of your brand new CD.

First of all though - tell us a little about your early musical life. How did you progress from playing the trumpet to the tenor horn? Was it an easy connection to make?

For me, the trumpet is about family - musically and personally. Both my father and grandfather are trumpet players, so at a very early age I also wanted to follow in their footsteps. I worked my way up bit by bit to finally graduate from the Conservatory of Lyon.

At the end of my studie, I had the opportunity to try out for the brass band, Musique de l’Air, but on the tenor horn which was an instrument that I found so interesting and exciting. I promised myself I would try to help develop the instrument in France.

Aside from the difference in key, I find it much the same as the trumpet. I use the same exercises and practise regimes and this has helped me develop the sound and range.

2. Tell us something about your professional musical life.

You are a professor at the Conservatoire of Limonest and founder of the Lamor-Plage Academy of Brass and Percussion.  What does this entail?

It’s important to me to stay active in education. Inspiring others with my passion and passing on my knowledge is fundamental. That’s why I’ve included a tenor horn class since the beginning of the Academy and have been able to invite world class performers such Owen Farr and Jonathan Bates.

So this is why I do it, alongside my participation in the Army Air Force Band and my solo career. I want to share the values I learned during my studies with new players. 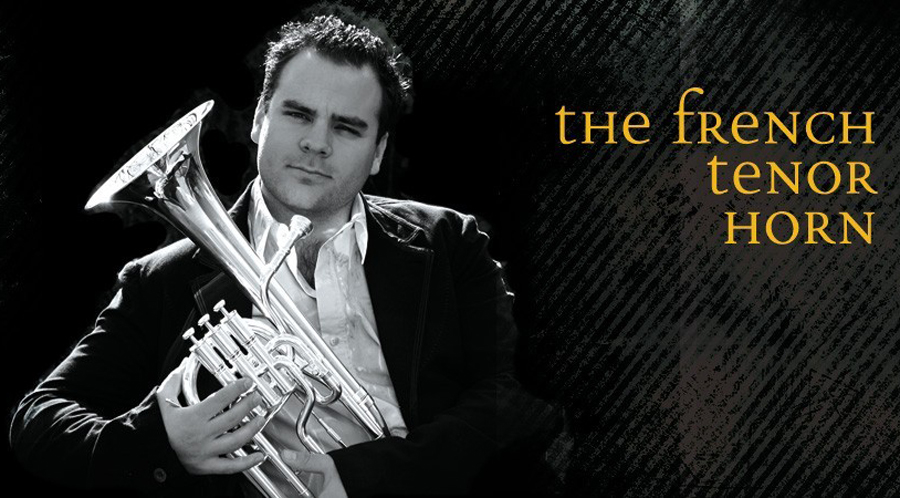 What inspired you and does it follow directly from your first CD, ‘The French Tenor Horn’ you released in 2014?

For my first CD, I wanted to present the instrument in different musical styles accompanied by a piano, a wind band and a brass band.

For my second CD, I really wanted to do something different that, I think, is more my personal musical style. I like the idea of being able to create new things.

The purpose was to really change the codes and the colours of tradition - the lineage of composers who have written for the instrument and the styles. That’s why I’ve included accompaniment by a piano, harp and piccolo trumpet.

4. Can you tell us a little about the repertoire that you have chosen and the composers who have written for you?

I hope people will buy the CD and find out more for themselves!

The diversity of human experience is very important to me. I like people to interpret for themselves - rather than just follow a label. I want my playing and my performances to suggest new colours and new textures - and leave it to the listener to find out whether or not they work or not.

That’s why I asked the composers I did. They bring so many different styles: film soundtrack, contemporary, jazz, popular and traditional. I think this mixture puts forward musical questions for the listener. 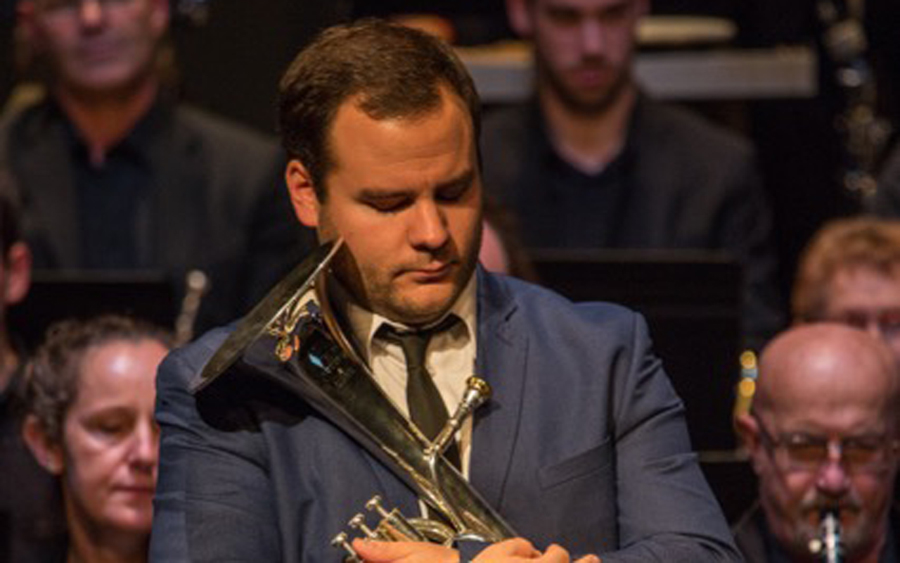 5. Is it important that you showcase both the virtuosity of the tenor horn as a solo instrument as well as its lyrical qualities?

What I like about the tenor horn is its remarkable flexibility.

I think it allows you to link to the virtuosity of the trumpet but do it without losing the wonderful mellow tones and deep resonance of the instrument.

6. You have also featured a number of other performers alongside side you such as fellow Frenchman Benjamin Richeton, Mark Wilkinson and David Thornton.

Do you enjoy working and performing with other brass musicians on solo and duets - and which players do you admire most?

Playing with other musicians is so important to me. It’s always an immense pleasure to share privileged moments with other great soloists and I have been fortunate to play with wonderful musicians such as Owen Farr and Fabrice Millischer.

For me, being a soloist isn’t necessarily an exclusive experience, and although I take great pleasure by being a solo voice I also get just as much joy when joined by others - from a duet to a full sized brass band or orchestra.

It’s something that I first enjoyed as a student, where I often played with other people, especially when I did my Masters Degree in chamber music.

It’s hard to single out a particular musician, as it has been a privilege to have the chance to spend time with all of them. 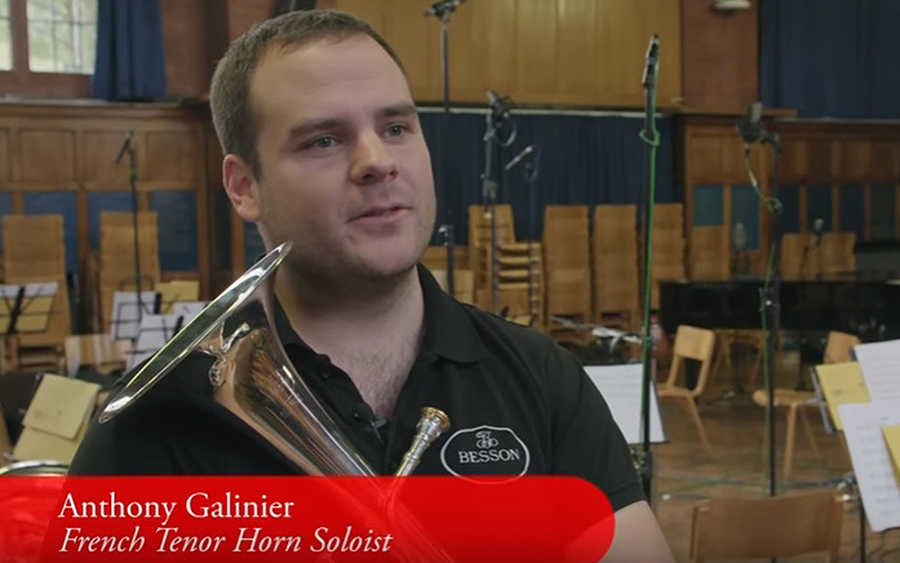 7. You have recorded the CD alongside Foden’s Band.

What do you think are the major differences between the famous British bands and the emerging elite European bands such as Paris Brass Band who you have played for?

Just by recording with Foden’s and getting to know the musicians playing in the greatest British brass bands, I’ve come to realise there are certain differences to France. The individual playing level is about the same, but what I think France lacks is the appreciation of history - especially with the wonderful older repertoire that they perform.

The British musicians are more passionate about their brass banding due to the number of contests they play, but I think time will change that as European banding progresses.

8. What musical developments and opportunities would you like to see for the tenor horn as a solo instrument in the future?

I would like to demonstrate to people that the tenor horn isn’t confined to the brass band movement and to show them that it can be played in, and suited to, other ensembles.

For some time now I’ve played as soloist with wind bands and I think it’s a good match. 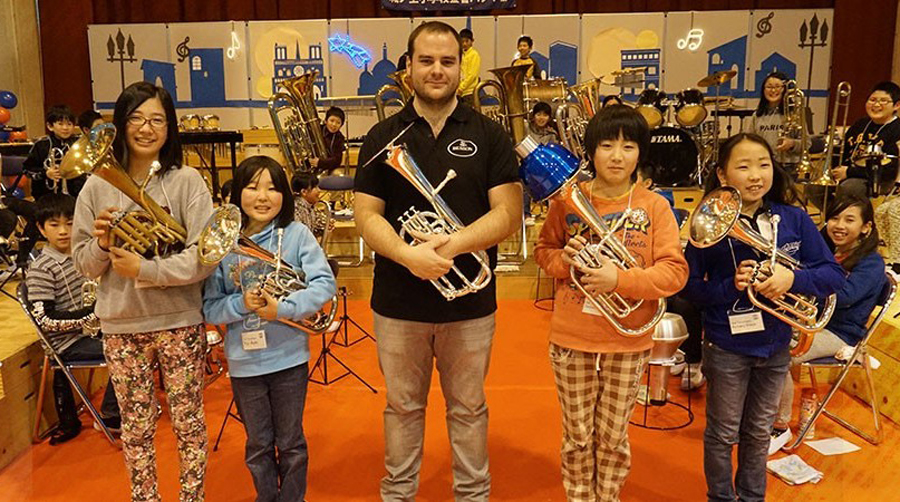 9. What does the immediate future hold for you as a performer?

I plan to continue a promotional tour for my new album with solo concerts, master classes and recitals - so the New Year is going to be very busy.

Soon I’m going to start a new CD, more focused on what I learned as a student, with a romantic repertoire chosen pieces for trumpet accompanied by piano, although I’m also embarking on a big project that will allow me to show the tenor horn in many more different musical contexts.

10. What three tips would you give to young players taking up the tenor horn?

I sincerely think that the tenor horn could become a much more important solo instrument. It has such a unique voice.

I would advise all young players to take pleasure from what they’re doing. Do not be afraid to experiment and go beyond expectations, and to be disciplined at working hard, day after day with purpose.

My final tip is to try and hear as many different great players as you can. You can never stop learning.

To find out more about Anthony Galinier go to:
http://www.anthonygalinier.com/