Red or Green?
EBBA faces the final choice on the Palanga question

The countdown is on for 2020, but a new sense of musical optimism and organisational detente could well inform the green or red light decision of EBBA. 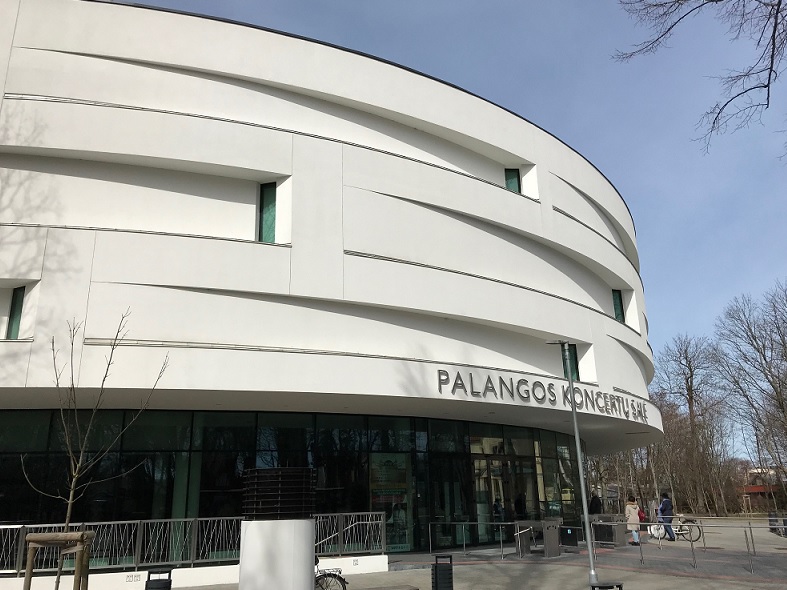 The Concert Hall in Palanga was completed in 2015

In late May the European Brass Band Association will make a decision that could well have significant consequences for both its future and that of the long term development of a brass banding culture across the whole of Europe.

The group will listen to Brass Band Willebroek at Palanga Concert Hall on May 19th.

It will be a concert performance like no other; a final diplomatic show of musical detente before EBBA decides either to press a green button heralding a new progressive era of inclusion, or a red one that could start the building of a brass band Berlin Wall.

However, it is a visit that has signified the progress made in the remarkable thawing of the ice-cold distrust that evolved from EBBA’s initial decision to relocate its 2019 Championships to Montreux - an event many believed was destined to be held in the pretty Baltic coast city.

And whilst the stakes have not been quite as high as those of the Cuban Missile Crisis, it has taken the considerable diplomatic skills of both parties over the last few months to draw a line under the slightly ludicrous levels of rhetorical posturing that was seemingly heading towards potentially destructive legal ramifications.

Therefore, a huge amount of credit goes to both EBBA and Lithuanian representatives for seeking a pathway to what is hoped will be a mutually beneficial outcome.

And whilst the stakes have not been quite as high as those of the Cuban Missile Crisis, it has taken the considerable diplomatic skills of both parties over the last few months to draw a line under the slightly ludicrous levels of rhetorical posturing that was seemingly heading towards potentially destructive legal ramifications.

Both parties have shifted from what initially seemed to be intractable positions.

And whilst there is a still a considerable ‘mandate’ to be met by Palanga to satisfy EBBA’s terms and conditions for hosting the European Championships in 2020, a recent visit by 4BR to speak to the Lithuanian organisers gave a comprehensive insight into the significant progress that has been made. 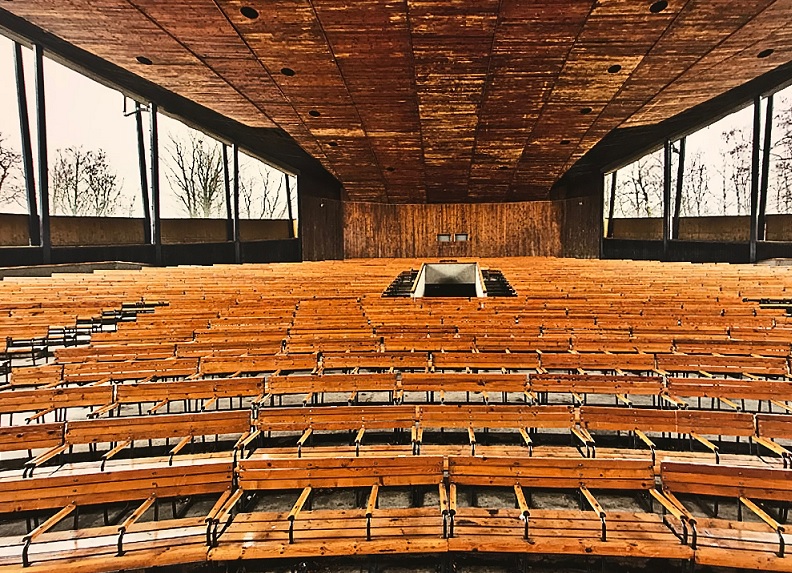 Workers of the world unite - and be cold...

The key is Palanga Concert Hall - a brand new construction completed in 2015 based on the foundation footprint left by the old open air auditorium from the Soviet Union days of brutalism architecture. It won its designer Algirdas Stripinis a prestigious World Architecture Award.

Situated in the heart of the major hotel accommodation district (the majority within a 400 meter radius), it’s a fine example of sensible functionality. It can seat up to 2200 people, all with excellent sight lines when the performance apron is extended at the front of its huge stage.

It also has all the facilities required to accommodate performers (including warm up room) as well as listeners (with high speed wi-fi to be installed later this year).

The key is Palanga Concert Hall - a brand new construction completed in 2015 based on the foundation footprint left by the old open air auditorium from the Soviet Union days of brutalism architecture.

And although the communal thoroughfares are narrow, the organisers have made arrangements to provide a high quality tented village for traders and bands to display and store equipment if the Championships are held here.

More significantly however has been the major investment (and we are talking tens of thousands of Euros) made to meet EBBA’s concerns over its acoustic suitability. 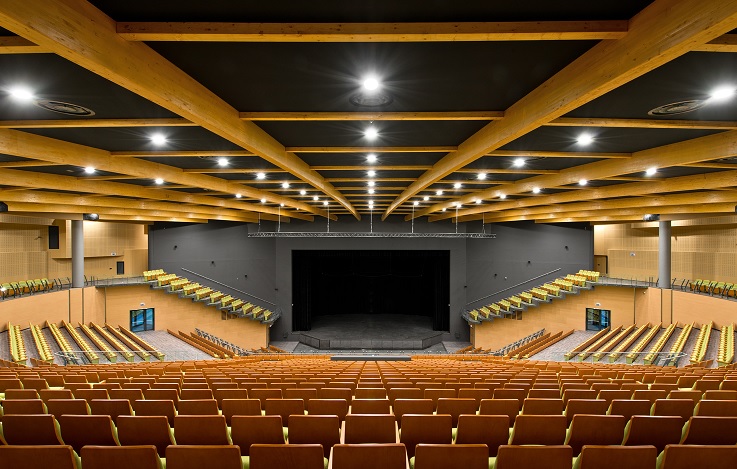 Keen to show just how effective the remedial work has been (which included extensive acoustic tiling at the back and surrounding the stage, as well as the provision of that significantly extended stage apron), the organisers of the Lithuanian Wind and Brass Band Championships invited Filton Concert Band (2017 Albert Hall National Finalists) to perform at the event’s Gala Concert.

Before their performance they also provided 4BR and others with the opportunity to listen to the band with and without electronic acoustic help (four different settings were used).

In addition, all the performances at the Championship (which included wind bands, fanfare bands and brass bands) and at the Gala Concert itself were given without the acoustic enhancement. 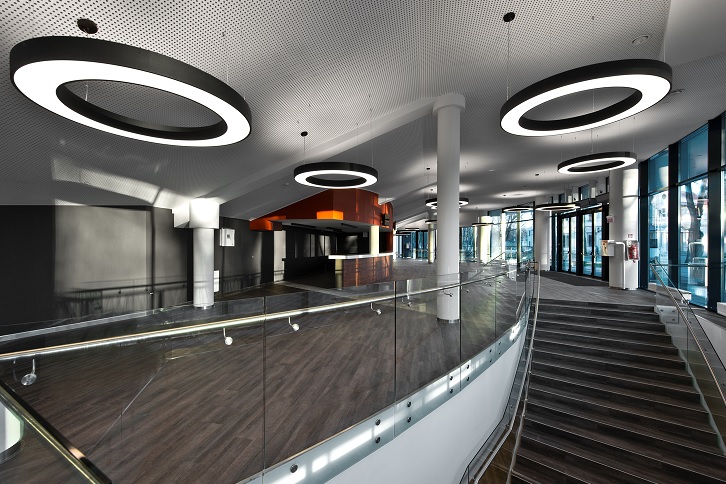 The result was that in its present state, (and this is a personal view only after listening to over 7 hours of performances) it is more than good enough for any event, let alone the European Championships.

The addition of an acoustic shell to surround the back of the band on stage will add even more focus to the projection of the sound – one that with the band sat ahead of the stage opening fills the hall with clean and clear immediacy.

Others may disagree of course, but for this listener at least, whilst it may not share the same characteristics as say the Stravinski Auditorium in Montreux or Symphony Hall in Birmingham, neither does it come close to the inherent faults of the recent EBBC venues at the Kursaal in Ostende, Le Nouvelle Siecle in Lille or the Konzerthaus in Frieburg (which EBBA hosted).

As for the Konserthus in Olso? Not even the Norwegians mention that one.

Others may disagree of course, but for this listener at least, whilst it may not share the same characteristics as say the Stravinski Auditorium in Montreux or Symphony Hall in Birmingham, neither does it come close to the inherent faults of the recent EBBC venues at the Kursaal in Ostende, Le Nouvelle Siecle in Lille or the Konzerthaus in Frieburg (which EBBA hosted).

Speaking to the likes of the experienced conductor and Lithuanian EBBA delegate Remigijus Vily, the composer and respected music journalist Kazys Daugela and Netherlands EBBA delegate Jappie Dijkstra, there is a reserved sense of confidence that the local organisers have done as much as they can to enable the EBBA delegation to make an informed decision.

“We have taken note of what EBBA has requested and have taken action on it,” Remigijus said. “We know we have other smaller things to work on, but the major issues have been addressed.

We have extended the stage for the bands, spent a great deal of money on the acoustic, and will use an acoustic shell to enhance the natural sound even further.

There will be no need for any artificial sound and I hope the EBBA delegates will see and hear what we have done.” 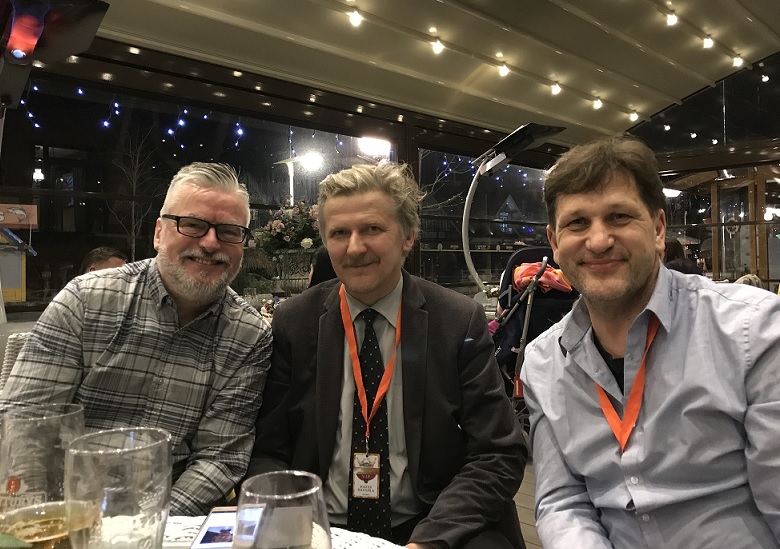 Meanwhile, Kazys added: “It is my experience that no two countries work the same to reach the same goal, but I believe we have now overcome any misunderstandings to work towards hosting the European Championships in 2020 in Palanga.

The investment in the event has already been large, but everyone is determined to carry on that work further, so we will do everything to make it happen.”

For Jappie, the added bonus would be the sheer enthusiasm of an emerging banding nation to embrace what the Championships has to offer.

“The appetite for brass banding is huge here,” he said. “It is youthful and vibrant with so much eagerness to learn and develop. It also offers a big market place for traders - something which could benefit EBBA’s sponsors too.”

​Those with a sweet tooth or two may want to indulge in chocolate and bubble gum falafels.

It is hard to disagree. Travel arrangements to Palanga aren’t a problem and the small but efficient airport is just 20 minutes from the concert hall. The hotels are numerous, spotlessly clean with welcoming staff (the wi-fi is super fast and free). The food is good and the beer cheap.

Walk 150 meters from the Concert Hall and there is a thoroughfare about a half a mile long to a glorious beach that is lined with bars and restaurants that cater for just about every taste - from traditional fish dishes to Vietnamese, Cuban and kebabs.

Those with a sweet tooth or two may want to indulge in chocolate and bubble gum falafels. 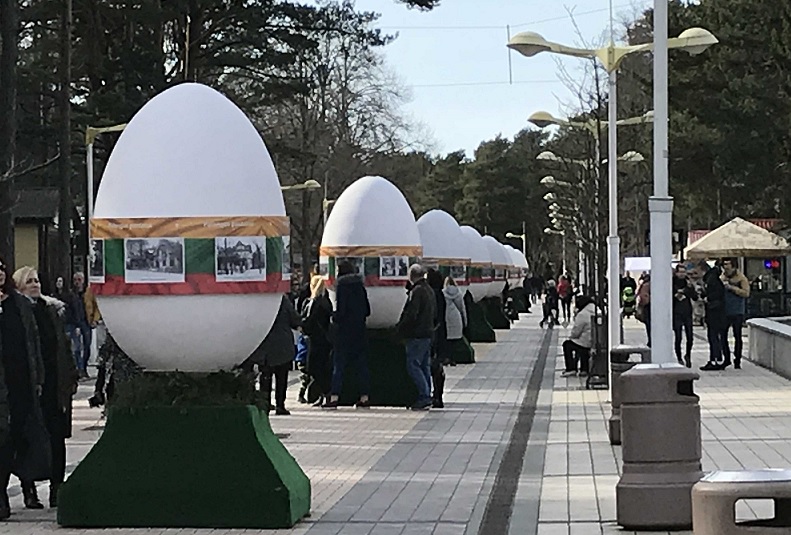 Kinder surprise? No quite, but there is plenty to keep visitors amused and informed

For those who like a flutter there is a Casino close by, but if you wish to experience something more aesthetic, there is a fantastic tour to the Amber Museum with guides who can also show you just where the local KGB headquarters were once situated - just to send a shiver down the spine.

All this and average May temperature in Palanga is around 55 degrees Fahrenheit. 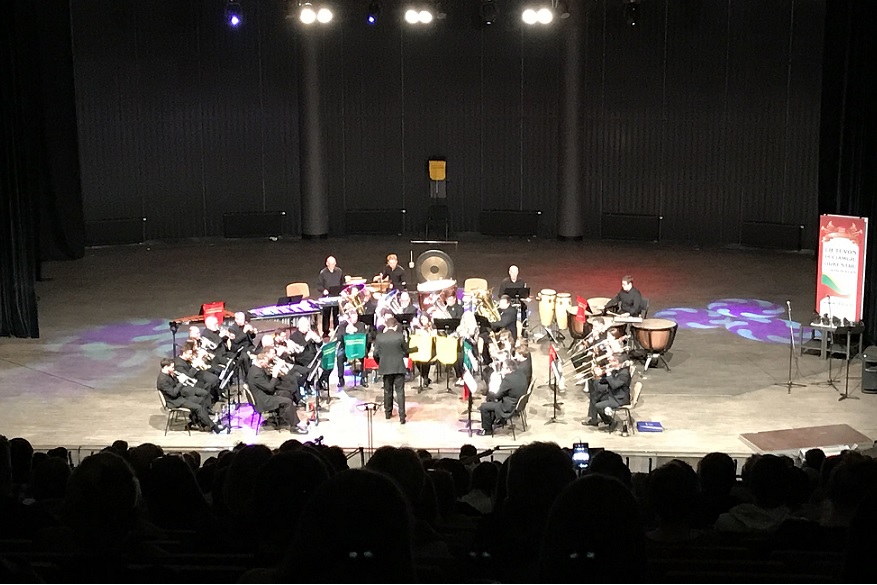 And whilst there are still little things to do - some double doors need to be installed to insulate the hall from all outside noise for example, with a potential two years to go before the event could be staged here, the Lithuanians have done a remarkable job in getting things done to meet the appropriately stringent EBBA standards.

However, as one of the players from Filton Concert Band said after they had enjoyed a standing ovation following their Gala Concert performance; “I wish you could bottle this enthusiasm for brass banding and take it home with us.”

Indeed, and if EBBAs delegation are equally impressed, that sense of enthusiasm coupled with a renewed proactive partnership with Palanga could be shared by the whole of European banding for years to come.

It won’t be for the lack of endeavour on behalf of the most welcoming of hosts.