The remarkable life of John Henry Iles took in brass bands, world wide amusement parks, honours from Kings and countries — and even a short cricket career with the great W G Grace... 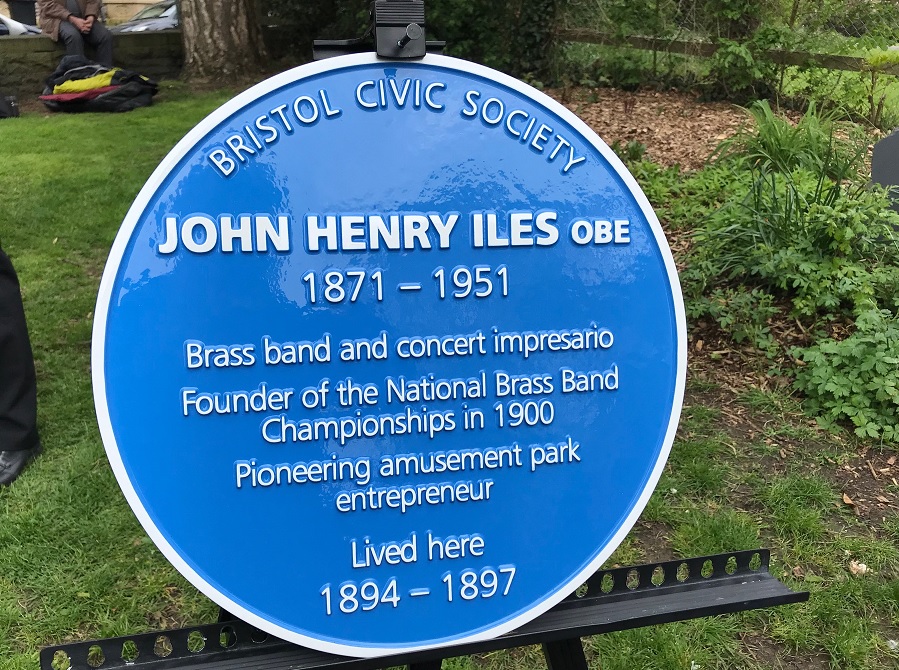 Home town honour: The Blue Plaque was unveiled close to his marital home Rockleaze in Bristol

John Henry Iles was born on 17th September, 1871 at 8, Clarence Road in Bristol, the second surviving son of grocer John Thomas Iles and Mary Ann Iles. He was one of at least eleven children.

His father was a successful grocer, with the family eventually living in one of the most prosperous areas of the city in Portland Square. The census return of 1881 listed the Iles parents, four children and three servants as residents.

Henry or ‘Harry’ as he was called soon attended the Henry Stockbridge Methodist Boarding School before later being sent to Ashville College in Harrogate where his older brother Samuel Morley was already a pupil.

This was one of a number of such schools set up to cater for the growing middle classes - and Iles certainly came from that stratum of Victorian life.

By 1885 the Bristol Directory showed the Iles family living in a substantial Bristol house, whilst Henry was a keen musician.

He was a church choirboy in Bristol, became an organist and choirmaster at the Methodist Free Church, and was bass soloist of the Bristol Gleemen13.

Henry was also a keen cricketer and records show that he played in three first class matches for Gloucestershire in 1890 and 1891, scoring 13 runs and taking 3 wickets alongside the famous Grace brothers W.G. and E.M.

He also studied singing under Dan Rootham, who was the teacher of the celebrated Bristol contralto Dame Clara Butt – someone who would later feature on one very special occasion much later in his life.

Henry's sporting prowess was well known too. A keen cricketer, records show that he played in three first class matches for Gloucestershire in 1890 and 1891, scoring 13 runs and taking 3 wickets alongside the famous Grace brothers W.G. and E.M. 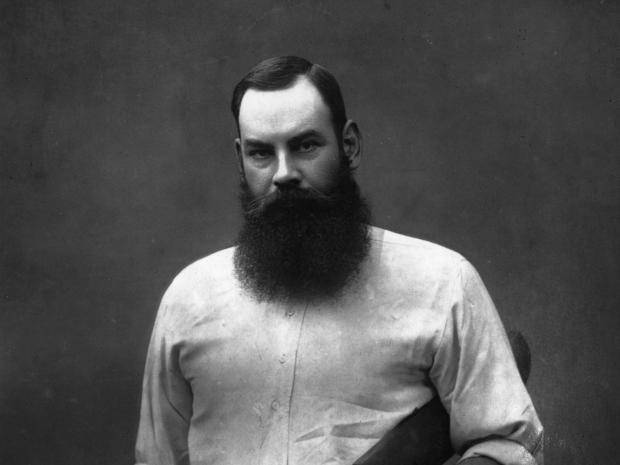 By the time of the 1891 census his occupation was noted as a ‘timber merchant’, and in 1893 he married Eleanor Marian Bird (1870-1953), the daughter of a prosperous colliery proprietor.

Marian’s sister Agnes was married to Dr Charles William Pearce, a renowned organist, composer and teacher of music, who would have a great influence on Henry’s early career.

In 1894 the Bristol Directory showed the newlyweds living at ‘Rockleaze’, a substantial terraced house overlooking the pretty St Andrew’s Park.

Their first child, Marian Davidge Bird was born in 1894 and by 1896 the successful timber merchant had started a new career as an advertising contractor and publisher - the purveyor of handbooks such as ‘The Housekeeper's Treasure’ and ‘The Cyclist's Companion and Road Guide for Bristol and District’.

His entrepreneurial spirit was now unleashed, as his main advert proclaimed: “Messrs. J.H.I & Co., are Agents for many leading firms of Bristol, London and the Provinces. The Public will find it to their advantage to send us enquiries of any work wanted; the same will always ensure a low quotation, prompt attention and dispatch."

He had also started work for the London based ‘Organist and Choirmaster’ magazine as their advertising manager, but also retained his interests in Bristol – notably the expanded family grocery business. 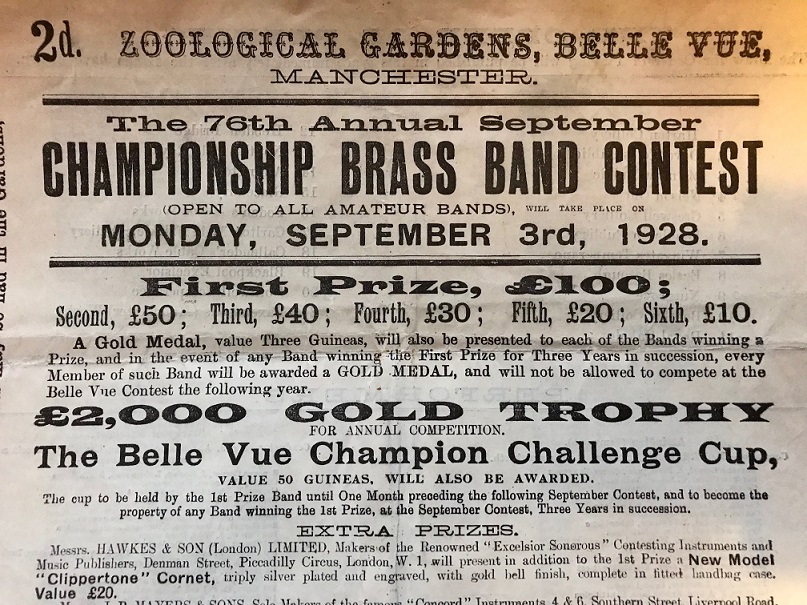 One of his finest purchases...

However, in September 1898 his sharply focused acumen brought him into contact with the burgeoning world of brass band contesting.

Iles had finally found the perfect outlet for his passion for business and music - and for the next 35 years or more he began his inexorable ascent to his personal zenith.

The often-told story is that while on a business trip to Manchester he found himself with time on his hands.

The porter of his hotel suggested that he might like to attend the brass band contest being held at the Belle Vue Zoological Gardens. At first hesitant, he came away a convert.

The porter of his hotel suggested that he might like to attend the brass band contest being held at the Belle Vue Zoological Gardens. At first hesitant, he came away a convert.

Enquiries soon led him to quickly acquire the struggling ‘British Bandsman’ weekly newspaper, followed by the publishing company Richard Smith & Co.  Iles was soon running all of his business interests from the British Bandsman office in The Strand in London.

Bands were encouraged to raise money by playing Sir Arthur Sullivan's setting of Kipling's ‘The Absent Minded Beggar’ march at concerts and parades. The culmination of this campaign was the 'Absent-Minded Beggar' concert, a festival of massed brass bands in the Albert Hall in January 1900.

Eleven bands were engaged, and Iles personally persuaded Sir Arthur Sullivan to conduct. A certain Clara Butt was one of the soloists.

He now entered a golden period of success - the 1900 event followed by further publishing ventures and contests as well as the incredible promotion of the first Besses o' th' Barn’s World Tour.

Its success (and the birth of his second child Henry Frederick Bird just two days before the event) emboldened him, and with the support of Sullivan he planned the first National Brass Band Festival.

He now entered a golden period of success - the 1900 event followed by further publishing ventures and contests as well as the incredible promotion of the first Besses o' th' Barn World Tour. 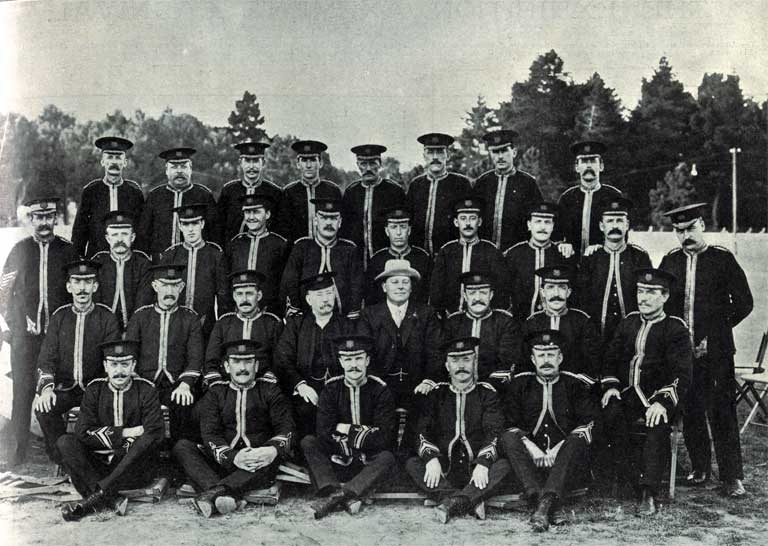 While in the USA in 1906 on the Besses world tour, Iles saw the Scenic Railway at Coney Island. Quickly realising the potential he bought the British rights.

Now he was in the amusement park business.

He soon installed one of Britain's earliest Scenic Railways at Blackpool's South Shore in 1907, built another for the Franco-British Exhibition in London in 1908 and went on to develop complete amusement parks in cities around the world including Paris, Berlin, Barcelona and Pittsburgh, calling them after the two most famous amusement attractions at New York's Coney Island - either Luna Park or Dreamland.

However, in 1917 he also became the owner of a coal mine, the Clandown Colliery in Radstock in Gloucestershire – a rare venture that failed miserably and lost money. 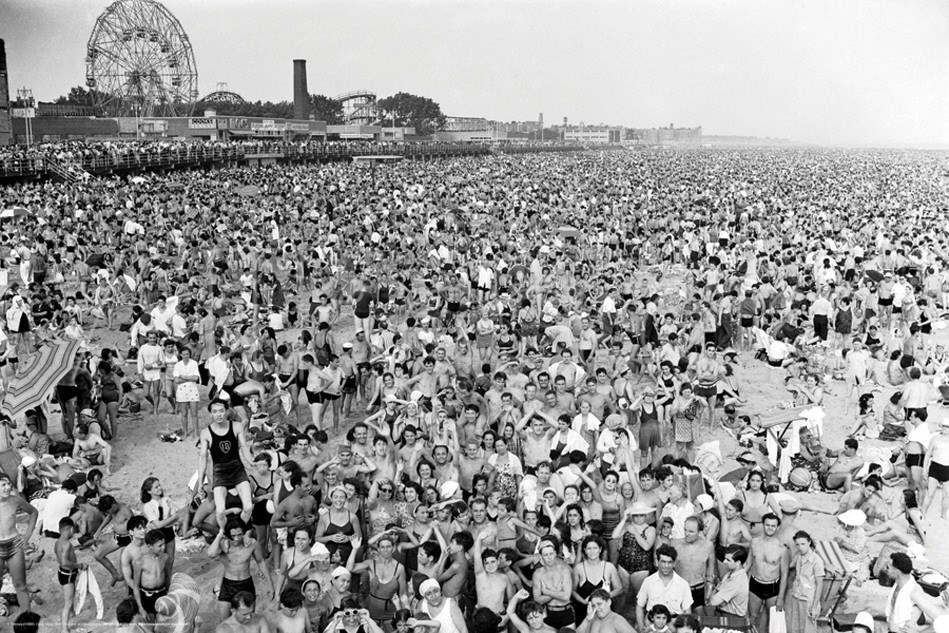 The financial attractions of Coney Island were quickly apparent to Iles

Undeterred, in 1919 he was elected Chairman of the London Press Club, developed the famous Dreamland Amusement Park in Margate and spent £40,000 on purchasing the town’s Pleasure Gardens. (£1.4 million in 2018)

£60,000 was planned on an open air swimming pool, whilst during the summer he amused himself by occasionally getting out of his Bentley car to buy an ice cream and pretend to enthusiastically conduct the brass band in the local bandstand.

By 1921 his eyes were firmly on making Belle Vue in Manchester an amusement park to rival those he owned in Aberdeen, Blackpool, Great Yarmouth, London, Manchester, Berlin, Brussels, Cairo, Paris and Petrograd. In 1924 he led a consortium that bought it.

£60,000 was planned on an open air swimming pool, whilst during the summer he amused himself by occasionally getting out of his Bentley car to buy an ice cream and pretend to enthusiastically conduct the brass band in the local bandstand.

Iles now controlled both major brass band competitions: the National Championships and the Belle Vue Contests.  (He also made arrangements to purchase the British Open Gold Shield, much as he did the famous Crystal Palace Trophy, at a knock-down price.) 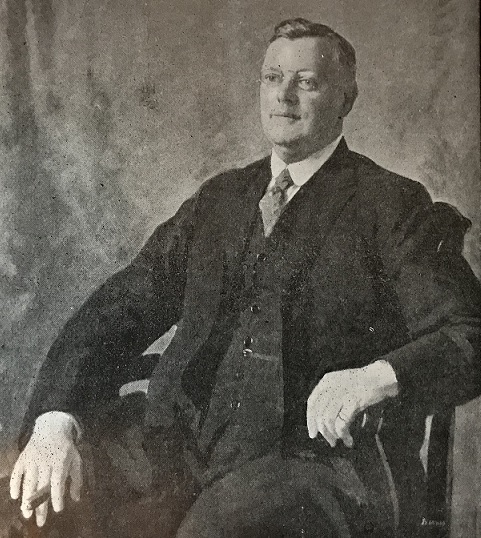 In his pomp: J H Iles in the British Open programme of 1934

With his brother William in charge of the zoo and catering business, the brass band contests flourished and Iles seemed content to relax. He was elected Master of The Worshipful Company of Musicians in 1932 and in the next few years his interests also included being Justice of the Peace for the Borough of Margate.

However, it all suddenly came crashing down around him in February 1938.

Attracted by the success (and profits) of Hollywood films, he had invested heavily in a film production company making movie shorts, some starring the rather unfunny comedian Leslie Fuller.

For perhaps the first time in his life he had made a catastrophic business decision.

As a result he lost his personal fortune (reported to be in the region of a quarter of a million pounds), and in 1937 he quietly resigned as Chairman and Managing Director of Belle Vue (Manchester) Ltd. His personal bankruptcy followed not long after. His successor as chairman was his son H.F.B. (Eric) Iles.

It later transpired that Iles had put in over £250,000 rebuilding the Rock Studios at Elstree in London. The venture failed and he was declared bankrupt owing £351,000 (over £16 million pounds today). 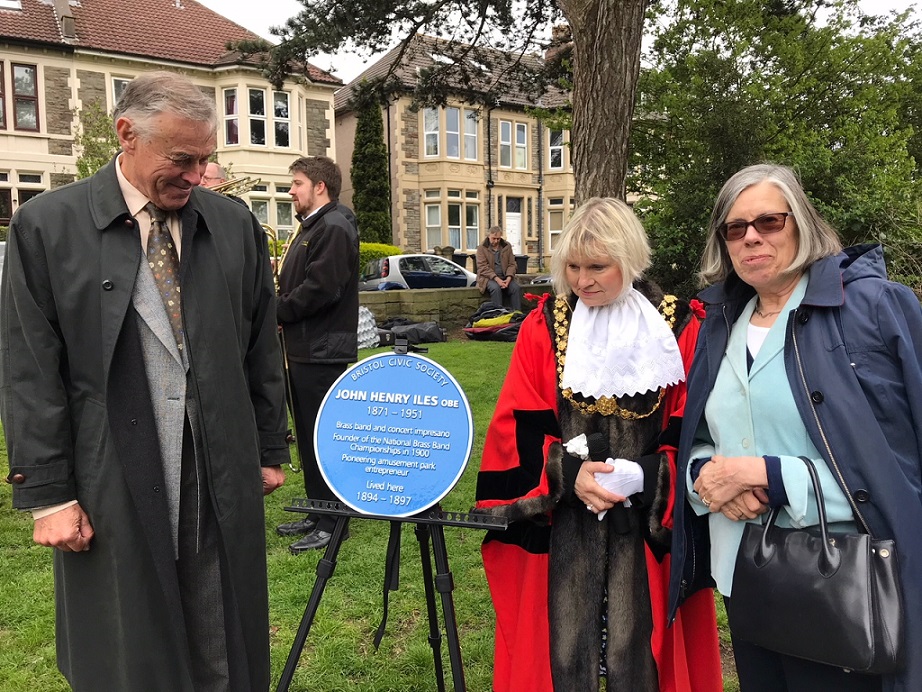 The Blue Plaque was unveiled by Iles' grandson John

Disqualified from his directorships he had to exchange his mansion, Gap House, at Dumpton for a seaside bungalow in Birchington in Kent.

However, despite being financially diminished, his love of brass banding did not leave him.

It later transpired that Iles had put in over £250,000 rebuilding the Rock Studios at Elstree in London. The venture failed and he was declared bankrupt owing £351,000 (over £16 million pounds today).

He began writing again for the British Bandsman newspaper and was awarded the OBE in 1944 for his services to brass music. He was also the President of the London & Home Counties Band Association for 27 years and the First President of National Brass Band Club.

His contribution to brass banding was not forgotten either, and was marked by the generous accolade from the Worshipful Company of Musicians in establishing the John Henry Iles Medal in 1947. It is awarded annually in recognition of services to the brass band movement.

His extraordinary life was later summed up rather neatly in a biography of the city of Manchester: “John Henry Iles was a man with many irons in many fires and in the end it was his downfall.”

The author is indebted to Martin Bolton whose research on John Henry Iles led to the unveiling of a Blue Plaque at his marital home at Rockleaze in Bristol on 29th April 2018.