Testament of Youth
A musical link based on trust, respect and talent

Roy Terry looks back at the National Youth Band of Great Britain's recent participation in the acclaimed performance of Sir James MacMillan's 'All the hills and vales along' — one that brought musical equality as well as critical acclaim. 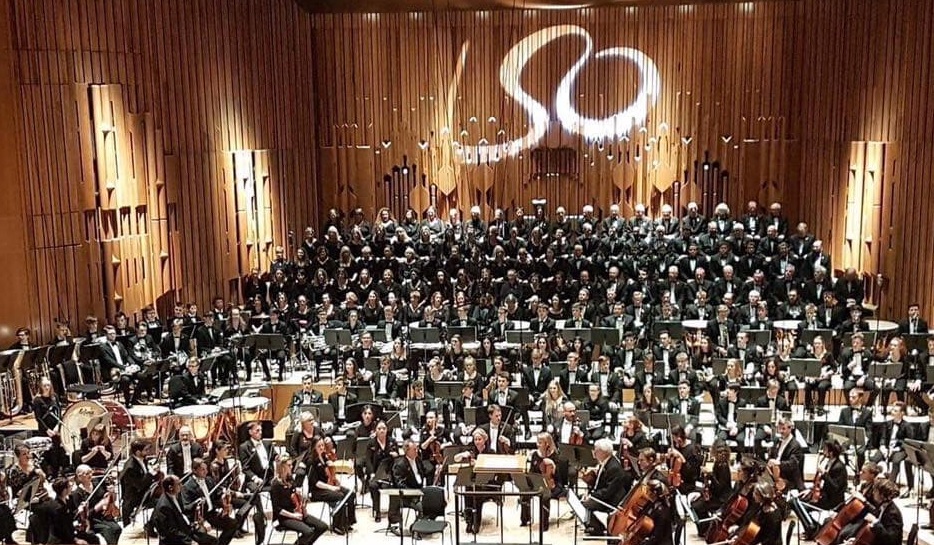 A recent Facebook post proposed that the way to ensure brass bands appear more frequently at the BBC Proms would be to organise a petition.

However, for a ‘proposal’ of what actually works in real life, then the person should look no further than the recent appearance of the National Youth Brass Band of Great Britain (NYBBGB) at the Barbican.

It was the result of the patient building of a complex network of connections that eventually saw them perform alongside the London Symphony Orchestra, London Symphony Chorus, tenor singer Ian Bostridge, and LSO principal guest conductor Gianandrea Noseda of the orchestral version of James MacMillan’s ‘All the hills and vales along’.

As Affiliate Composer to the Scottish Chamber Orchestra in the 1990s, MacMillan established a reputation for writing music that brought together amateur and professional musicians.

And in this respect he belongs in the tradition of Vaughan Williams, Holst, and Britten.  In our own time, the brass band has been taken to wider audiences by, among others, Jonathan Dove, Gavin Higgins and Liz Lane.

From his educational work he also knows that young people would also embrace new music with openness uncontaminated by inbuilt prejudices.  His stated aim is to help them achieve the fullness of their potential.

From his educational work he also knows that young people would also embrace new music with openness uncontaminated by inbuilt prejudices.  His stated aim is to help them achieve the fullness of their potential.

The result has been his joint commission from 14-18NOW and the LSO.

‘All the Hills and Vales Along’, frames five poems written by Charles Hamilton Sorley (below), who was killed at the Battle of Loos in 1915. Incidentally, the first of the poems from which the work takes its title was the basis for Robin Holloway’s memorial pieces, ‘Men Marching and From Hills and Valleys’, recorded by Cory in 2016. 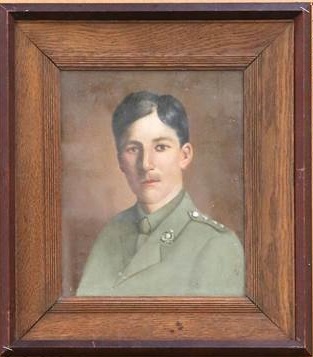 The references in the poems to singing and marching prompted MacMillan to include a brass band in his score, whilst Bramwell Tovey’s insistence on using hymn tunes as the foundation of the youth band’s sound was rewarded with the sublime quality of their playing of the chorale which emerges at the end of the work.

To bring the composition within reach of amateur musicians, a first version was premiered at this year’s Cumnock Tryst, performed by the Festival’s amateur choir alongside the Dalmellington Band, a professional string quintet and tenor soloist Ian Bostridge.

MacMillan also has a long-standing connection with the LSO, dating from the commissioning in the 1990s of his ‘Triptych’ of ‘The World’s Ransoming’ (cor anglais concerto), ‘Cello Concerto’ (for Rostropovitch) and ‘First Symphony’. In 2007, the LSO commissioned his acclaimed ‘St John Passion’ as an 80th birthday present for Sir Colin Davis.

Three days before the premiere of the large-scale version of ‘All the Hills and Vales Along’, Peter Moore (a past member of the NYBBGB) accompanied by the LSO gave the premiere of his new ‘Trombone Concerto’.

MacMillan has readily acknowledged the debt he owes to his brass band roots in his recent appearance on Radio 4’s ‘Desert Island Discs’.

With a euphonium-playing grandfather, he was taught to play the cornet by Dalmellington’s legendary Hugh Johnson.

Unlike most orchestral composers who initially find the brass band score a somewhat esoteric world, not least with its abundance of treble clefs, MacMillan is a ‘native’: he knows the ‘mind-set’ of a brass band because he knows what it feels like to play in one.

In particular, he wanted to show the flexibility and subtlety of expression possible, and the special quality of its pianissimo.

Unlike most orchestral composers who initially find the brass band score a somewhat esoteric world, not least with its abundance of treble clefs, MacMillan is a ‘native’: he knows the ‘mind-set’ of a brass band because he knows what it feels like to play in one.

In addition, the LSO’s respect for brass banding is built on the musicianship of generations of virtuoso brass players: from Willie Lang, Howard Snell and Maurice Murphy, to James Maynard, Patrick Harrild, and most recently Philip Cobb and Peter Moore.

The partnership between the LSO and the National Youth Brass Band dates back to a Barbican concert where they were conducted by Michael Tilson Thomas.  More recently, they gave a superlative concert under Bramwell Tovey’s direction as part of the LSO’s 2016-2017 programme. 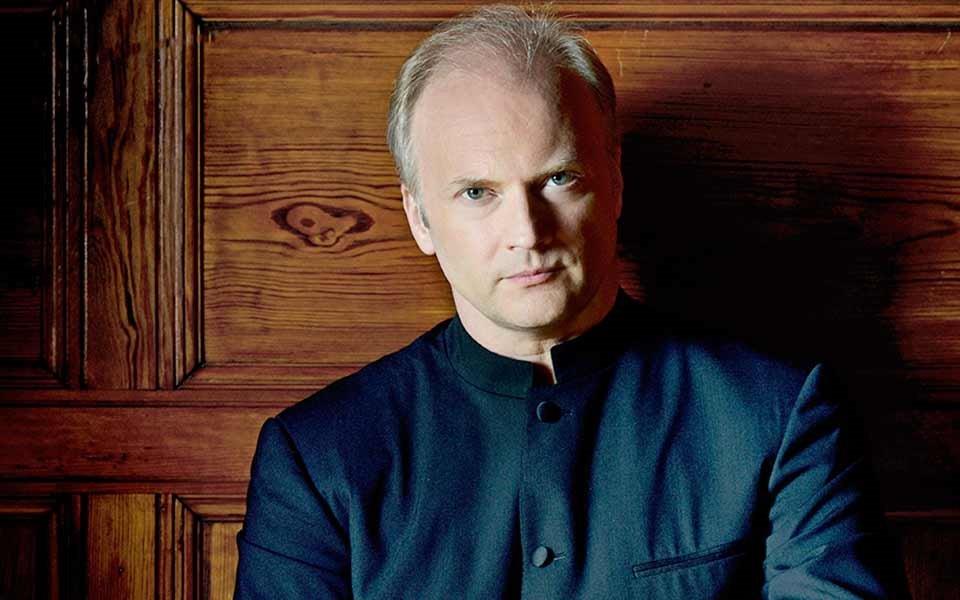 The youth band had rehearsed its parts at their summer course with Tovey and Glyn Williams; so this was the first time they had played the piece with orchestra, chorus and soloist.

Noseda gave no briefing before he brought down his baton, so the band members had to show the full extent of their musical capability: They were literally thrown in at the deep end with no allowances made - and had to work fast, with just a three hour rehearsal on the Saturday and a one and a half hour generale on the Sunday morning.

Noseda was quick to establish a rapport with the youngsters; demanding and receiving fully-fledged professionalism while treating them with the utmost respect. He gave them the same degree of musical responsibility and trust as would normally be expected of the performers of the LSO.

It meant that a great amount of responsibility rested particularly on the shoulders of the players of side drum and bass drum.  In both cases they were required to maintain a steady background pulse while the strings of the orchestra played in a freer rhythm.

And whilst it may have been daunting to have the conductor say, “I rely on you for the tempo” and “Do it yourself” - the reward to be greeted with the sound of bow-tapping applause and foot-stamping when they made it work, was testament to their skill and talent.

Noseda was quick to establish a rapport with the youngsters; demanding and receiving fully-fledged professionalism while treating them with the utmost respect. He gave them the same degree of musical responsibility and trust as would normally be expected of the performers of the LSO.

Noseda also made it quite clear that he had no intention of micro-managing the playing – giving the players responsibility for managing balance with the chorus by using the simple rule of thumb: “Take it down a notch if you can’t hear them”.

To show what he was not going to do, he mischievously gave a demonstration of ‘control-freak’ conducting; hands and arms waving in all directions to make players play less loudly.

Although he can show total involvement in the emotion of the music, essentially Noeda’s conducting style is quite minimalist, clearly indicating the tempo and then concentrating on musical shaping in a dialogue with the orchestra rather than acting as a musical enforcer.

He no more ‘conducted’ the various brass solo passages than he would have dreamt of ‘conducting’ the solos of the orchestra’s leader.

The young players were not treated as the conductor’s ‘puppets’, and one hopes that when they return to their home bands they will be shown a similar level of respect and trust.

Playing in this company with this conductor demanded that the band showed resilience, self-reliance, courage and a strong spirit of corporate solidarity. They did not fall short.

Playing in this company with this conductor demanded that the band showed resilience, self-reliance, courage and a strong spirit of corporate solidarity. They did not fall short.

Holistically drawn into the creative process it enabled them to see how a world class orchestra worked at close quarters - the discussions between conductor and composer, conductor and leader, conductor and chorus director- extending their induction into professional procedures. 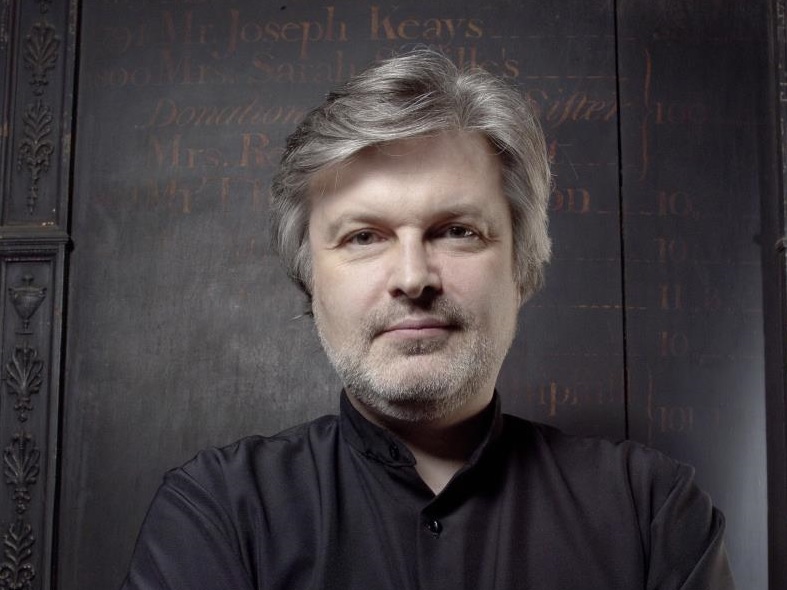 James Macmillan stated that he 'stunned' by what he heard

The weekend was in effect a model of a rounded musical education compressed into two days.

Band members attended one of the LSO’s ‘Discovery Days’ on the Sunday.  These are part of the LSO’s education and outreach programme, giving concert-goers the opportunity to find out more about the works to be played in that day’s concert.

Before the final rehearsal, the youngsters sat in on Noseda rehearsing the LSO in the other work on the programme, Shostakovitch’s imposing ‘Fourth Symphony’.

They were also able to deepen their understanding of the new work by attending the afternoon session in which James MacMillan talked about his development as a composer with Kathryn MacDowell, the LSO’s Managing Director.

Asked for his reaction to hearing the youth band in rehearsal with the LSO forces, MacMillan confessed; “I’m stunned by what I’ve heard.”

The reward was a concert performance played to a capacity audience, with the band members fully justifying the confidence placed in them both by the composer and the LSO.

Asked for his reaction to hearing the youth band in rehearsal with the LSO forces, MacMillan confessed; “I’m stunned by what I’ve heard.”

The critically positive reviews in both The Times and The Guardian which followed showed no condescension and judged all participants by the same criteria.

Nothing could have been more uplifting or pertinent for any future performance proposals.