4BR Editor Iwan Fox finds that its not just brass bands that have suffered from being stereotyped over the years, as Thierry Deleruyelle's test-piece challenge offers something different for the 18 contenders to overcome. 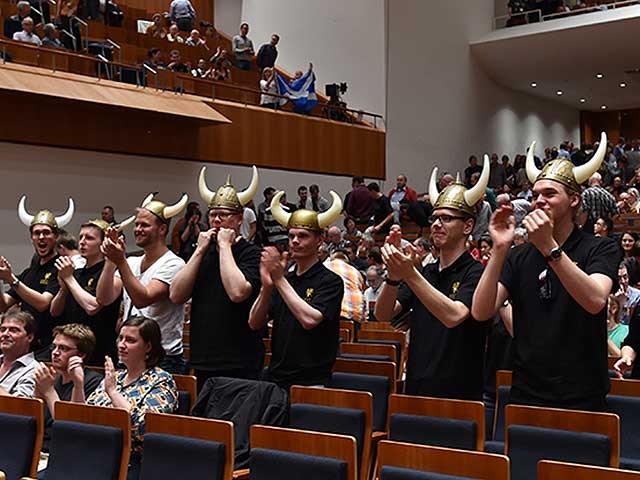 There have always been a few Viking brass band supporters... 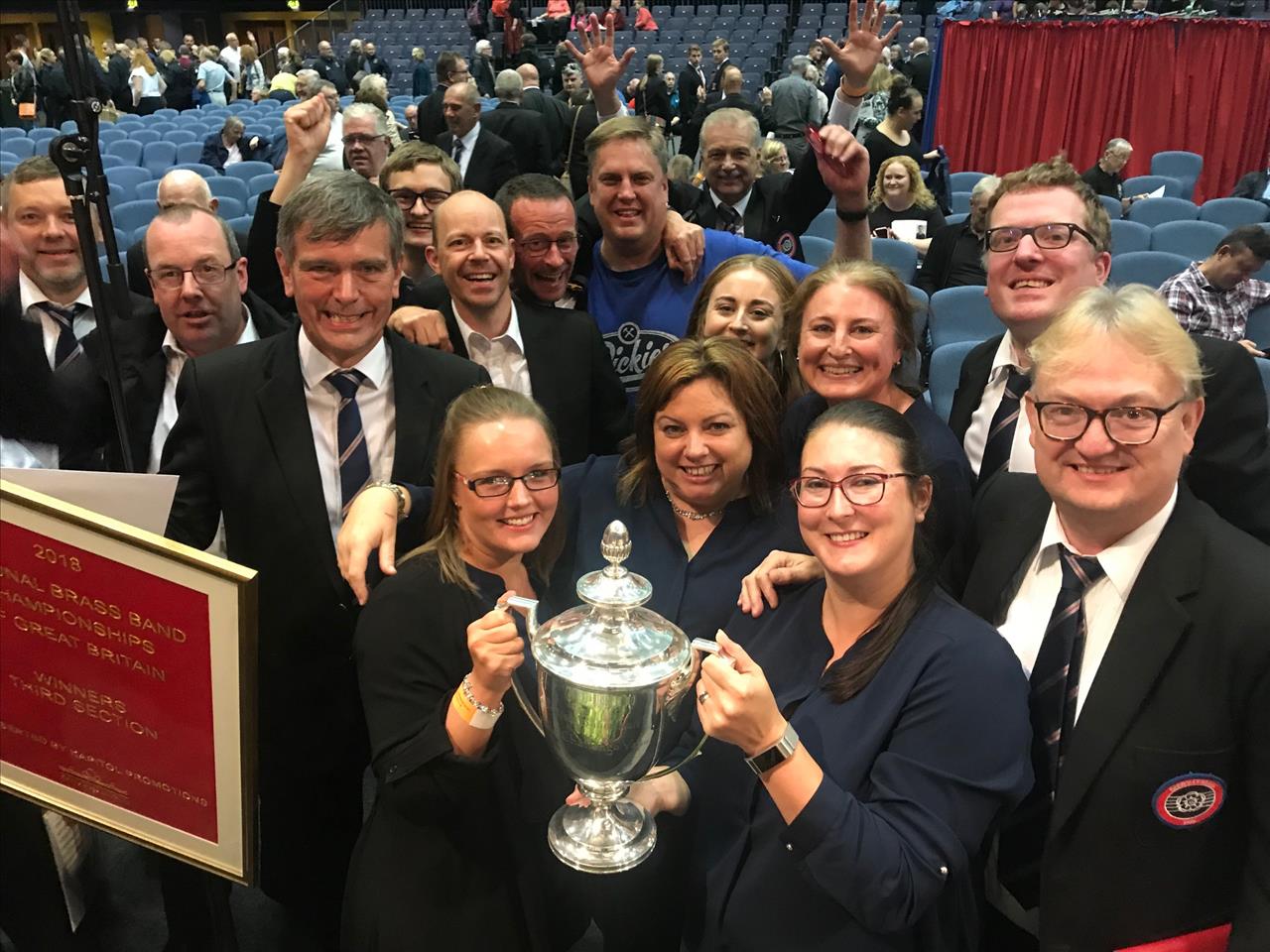 Thierry Deleruyelle's evocative 'Viking Age' will provide a compact (around 10 and half minutes), exciting test for the 18 bands on Sunday morning.

Its four linked sections reflect on an age that lasted from the 8th to the 11th century - from the arrival of 'The Northern Men' with their shrewd insight and mercantile prowess, to their 'Explorer' desires to seek new lands, the fearsome nature of their 'Raids' and finally, their lasting 'Heritage' which is still with us today.

If any MD needs to gain a last minute bit of inspirational information then they should seek out a great book entitled, ‘The Vikings - The Last Pagans or the First Modern Europeans?’ by Jonathan Clements.

And any characters called Sigrid the Haughty, Einar Paunch-shaker, Eystein the Noisy or Thorfinn Skull-cleaver would certainly make a great bass section...

It was written a few years ago now, but much like Deleruyelle's test-piece it tells of a people far from the stereotype of horn helmeted pillagers of myth.

They will also get to know the difference between Bloodaxes and Barelegs, Bluetooths and Forkbeards.

And any characters called Sigrid the Haughty, Einar Paunch-shaker, Eystein the Noisy or Thorfinn Skull-cleaver would certainly make a great bass section... 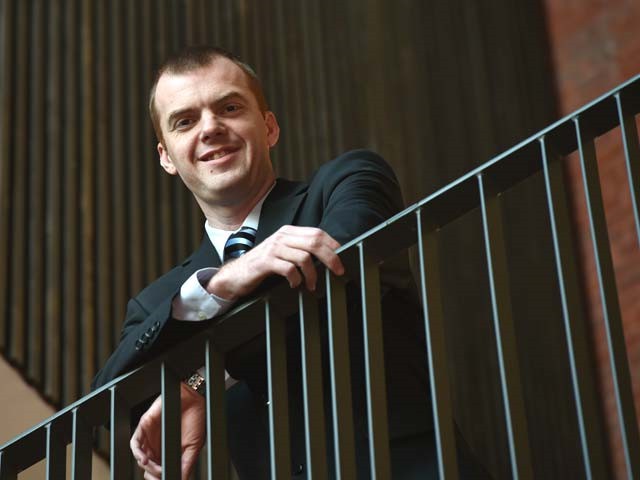 The thematic material is based on an initial four note cell that appears in different forms; thematic, contrapuntal or as accompaniment used in the four interlinked sections - from the strongly defined, rhythmic opening full of power and drama to the driven excitement of the sea faring ‘Explorers’ to follow, with its beating pulse on percussion underpinning the sense of adventure.

‘Raids’ is just that - purposeful and focussed in intent before we finally find a sense of lasting peace and a reflection of the deeply ingrained culture that the Vikings brought to our shores - led by a peaceful solo cornet.

The final few bars though are a reminder that they are still a bunch not to be trifled with...

‘Raids’ is just that - purposeful and focussed in intent before we finally find a sense of lasting peace and a reflection of the deeply ingrained culture that the Vikings brought to our shores - led by a peaceful solo cornet.

The piece was used as the set-work at the 2018 Third Section Dutch National Championships and proved a fine test, so plenty for these bands to get to grips with if they are to impress Philip Harper, Paul Holland and Melvin White in the box - a trio charged with making at least one band happy (which comes from the Norse word happ for good fortune)...

There is a great mix of solid looking bands taking to the stage - all with past National Finals experience, many in the last few years (although South Molton has waited 30 years). Three bands from last year return as do two that competed in the Fourth Section Final. 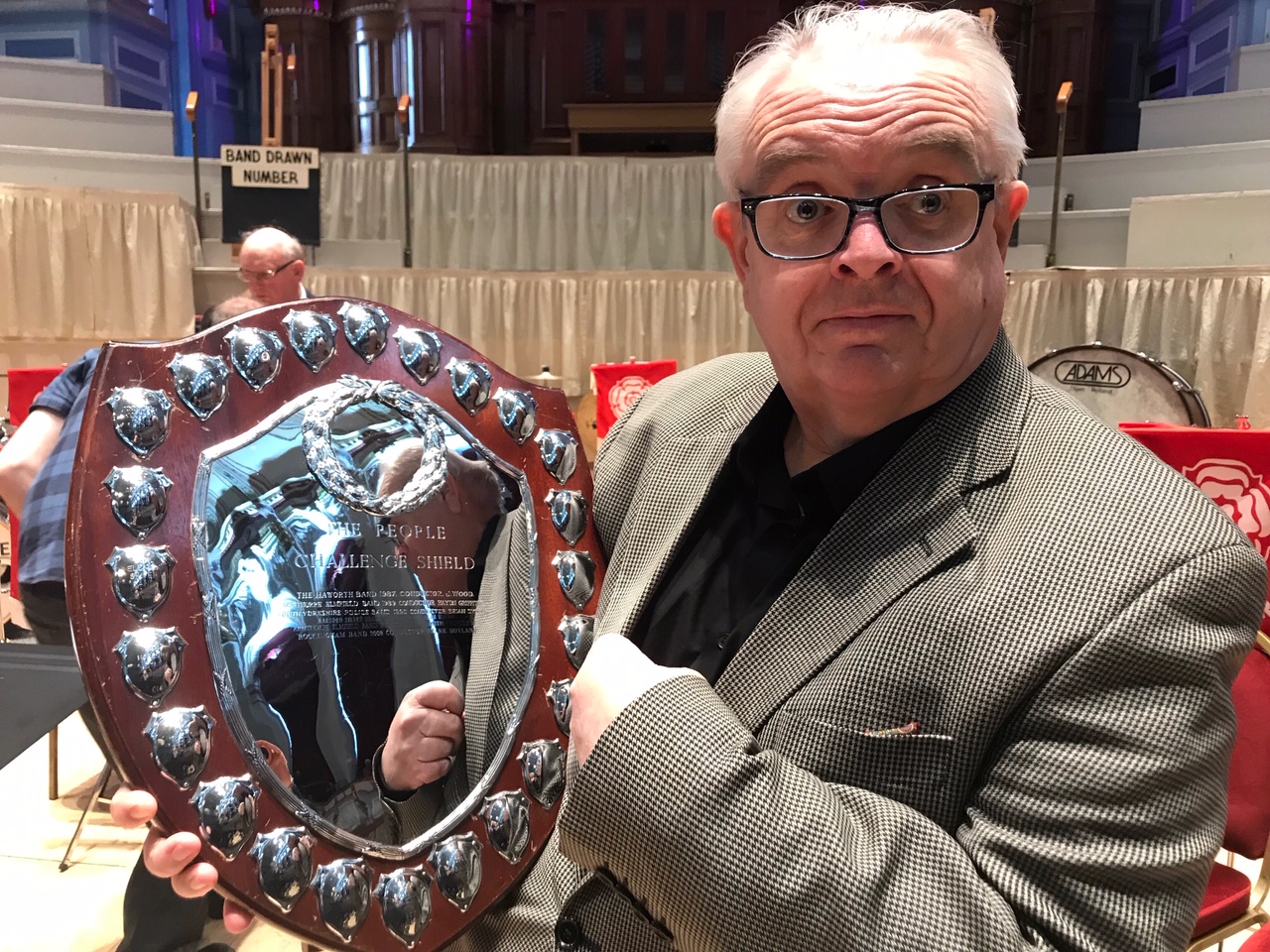 Eyes on the prize for Stephen Tighe and Kippax

Once again Yorkshire reigned supreme in Cheltenham in 2018 (for the third year in a row) with Barnsley Brass and Dronfield Genquip taking the top spots. Hopes that the White Rose will be flown in triumph yet again rest with Regional champion Kippax and Wetherby Silver.

Kippax has been rejuvenated under the experienced Stephen Tighe, showing solid form at the Durham League and Ripon contests as well as gaining that impressive Area victory.

Wetherby has been a bit quieter on the contesting front and returns to the Finals for the first time since 2014 under MD Derek Warley.

Kippax has been rejuvenated under the experienced Stephen Tighe, showing solid form at the Durham League and Ripon contests as well as gaining that impressive Area victory.

You have to go back to 2008 for the last Midlands victory, so much will be expected of the in-form Raunds Temperance and last year’s Fourth Section National Champion Stamford.

Raunds cleaned up at Butlins in January in fine style under MD Jonathan Pippen and may be the band to beat if they repeat that kind of form again, whilst Stamford, although not making much of an impression in Skegness certainly did in Bedworth. 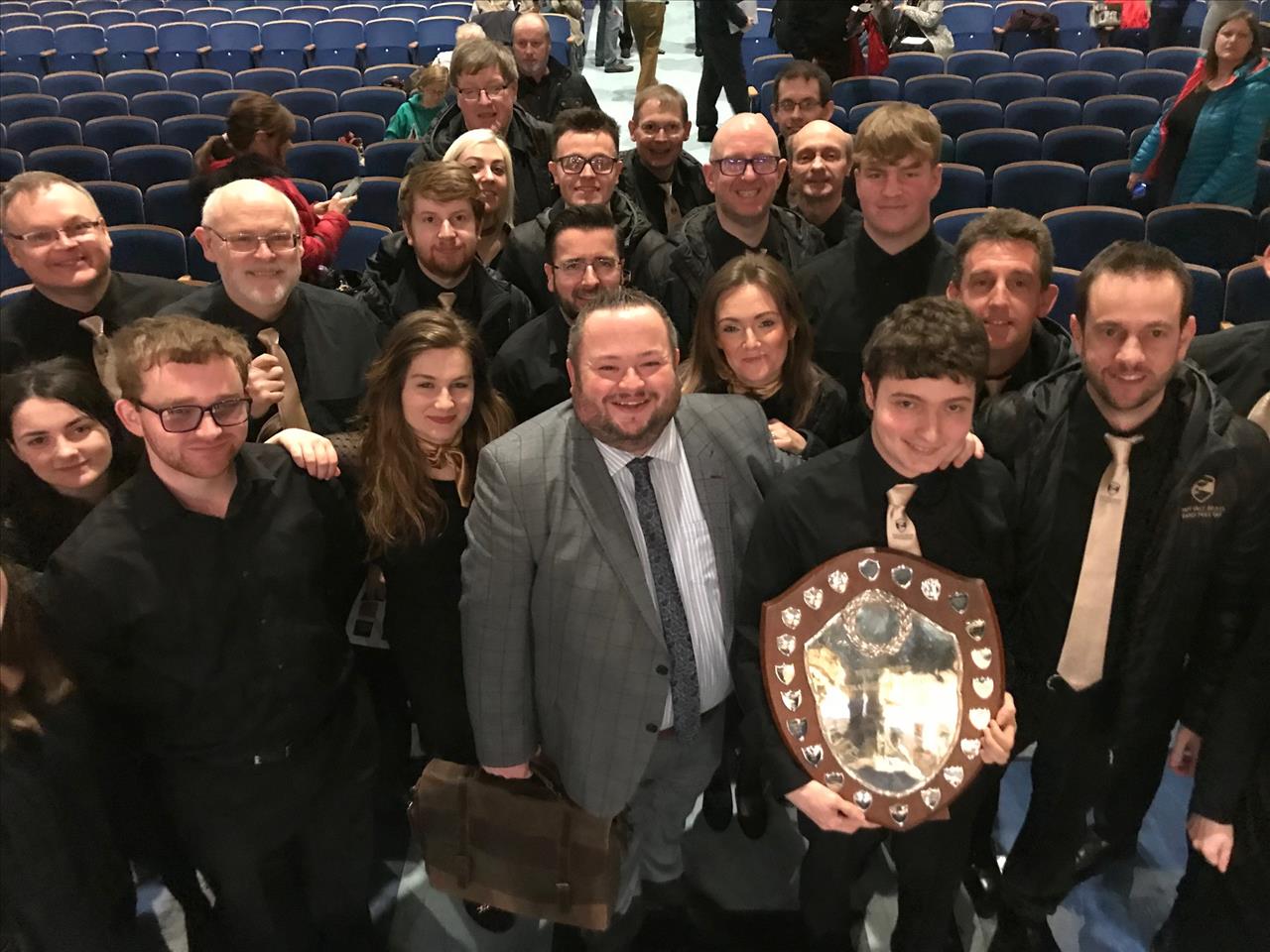 There are plenty of Welsh hopes of a first National success since 2014 resting on the shoulders of the man who brought home that title then with Ebbw Valley - Gareth Ritter.

Now leading Taff Vale Brass, they took the Area title in Wrexham in impressive fashion and with five wins form seven contest outings to their names they won’t be short of confidence.

Joining them is former Fourth Section National Champion Usk, who have continued to work hard since they came ninth here last year under the direction of Julian Jones.

Now leading Taff Vale Brass, they took the Area title in Wrexham in impressive fashion and with five wins form seven contest outings to their names they won’t be short of confidence.

Another band making a return is Stevenage winner Chichester City who will be keen to make more of a mark on the results table this time around under Rom Stanko. More of the form that saw them win there and gain second place at the scaba contest should come in handy.

They are joined by Epping Forest, making their first Finals appearance since 2012 and boosted by a fine podium finish at Butlins in January.

The experienced Dave Chadwick leads the Valley Brass (Haydock) assault boosted by their excellent Area win at Blackpool, whilst fellow qualifiers Uppermill return to Cheltenham for the first time since 2008, boosted by their victory at the Ripon contest and solid form on the competitive summer march circuit.

Hawk Green (Marple) returns for the first time since 2013 boosted by a solid runner-up spot at the Buxton contest. 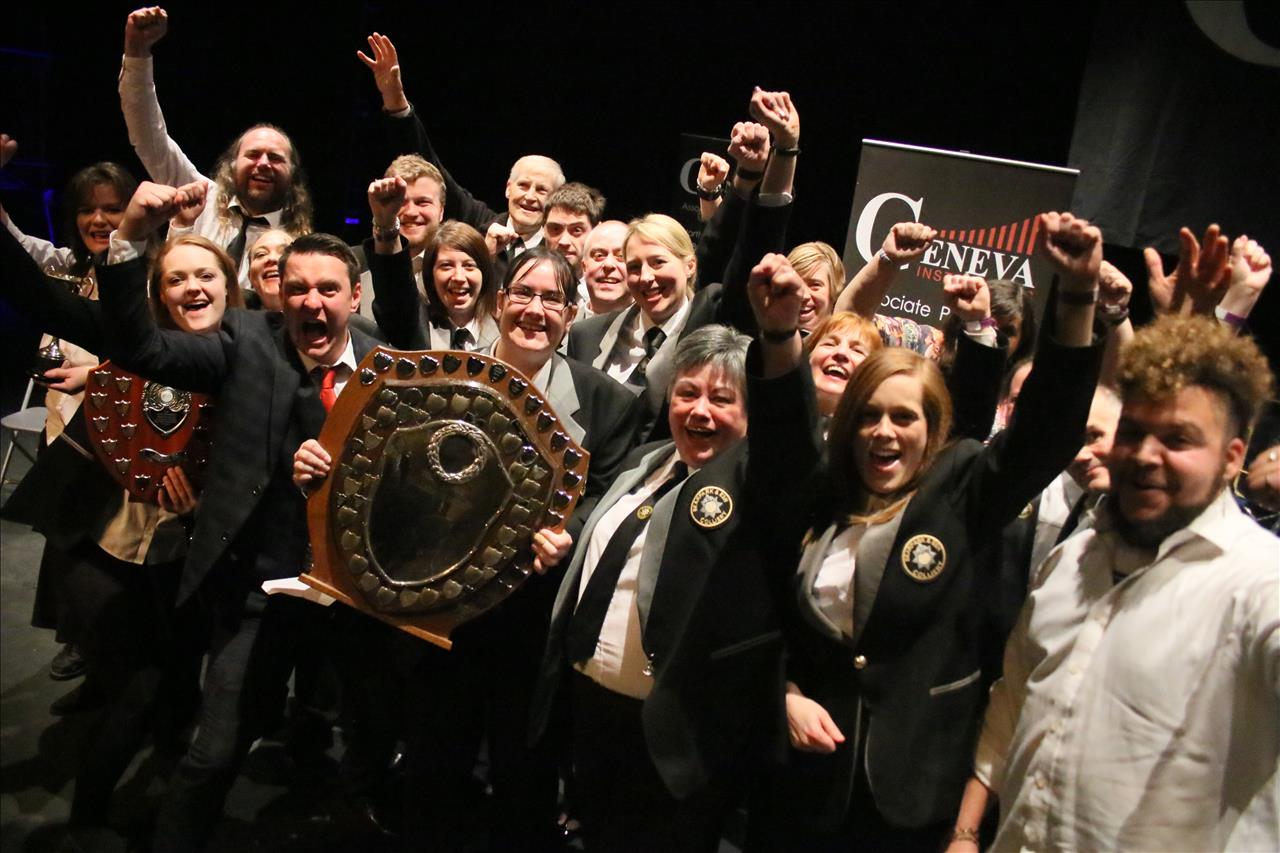 A Viking cry of success for Bearpark & Esh at the Area

The band representing the area that has perhaps the closest historical affinity to the Vikings sends down two competitive raiders in Area champion Bearpark & Esh and Trimdon Concert.

Bearpark has been invigorated by their talented MD Philip Tait (who was playing with NASUWT Riverside at the British Open last weekend) and has claimed titles at the Durham League and Beamish contests to go with their Area win, whilst Trimdon has tested itself at Ripon and Durham.

The band representing the area that has perhaps the closest historical affinity to the Vikings sends down two competitive raiders in Area champion Bearpark & Esh and Trimdon Concert.

Gosport Solent lead the trio of West of England challengers – having won the Area title in Torquay under Colin Garner to confirm the high class form they showed in also claiming a podium finish at Butlins in January. Fourth in the Fourth Section Final last year they are certainly on the up.

They will be joined by a band also building in the right direction, as Poole Borough makes its first Finals appearance since 2009, whilst it’s great to see the name of South Molton back in the contest day programme for the first time since 1989. 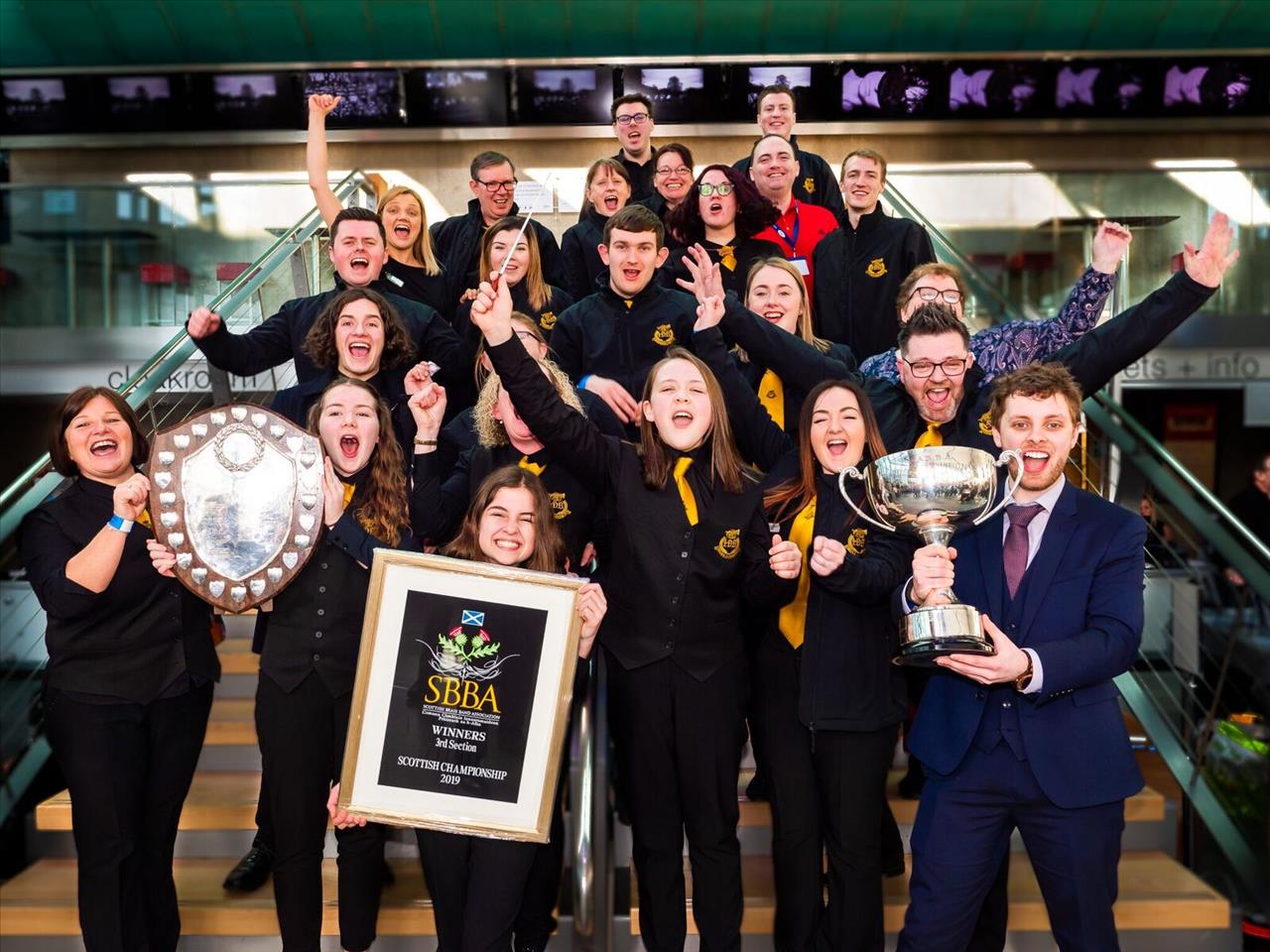 Irvine has bounced back under MD Lewis Bettles and had a solid outing at the recent West of Scotland event, whilst Perthshire with is conducting dynasty of Annans at the helm returns for the first time since 2012.

A really difficult one to try and predict - with a number of bands more than capable of imposing their quality through a testing work of character and exciting colours.

There were some impressive Area winners this year - none more so than Raunds Temperance who also claimed the Butlins title in style.  Kippax come into that category as does Taff Vale, Gosport Solent, Valley (Haydock) and Epping Forest with our dark horse of Hawk Green (Marple).