4BR Editor Iwan Fox looks forward to the clash of the titans at the Royal Albert Hall on the weekend... 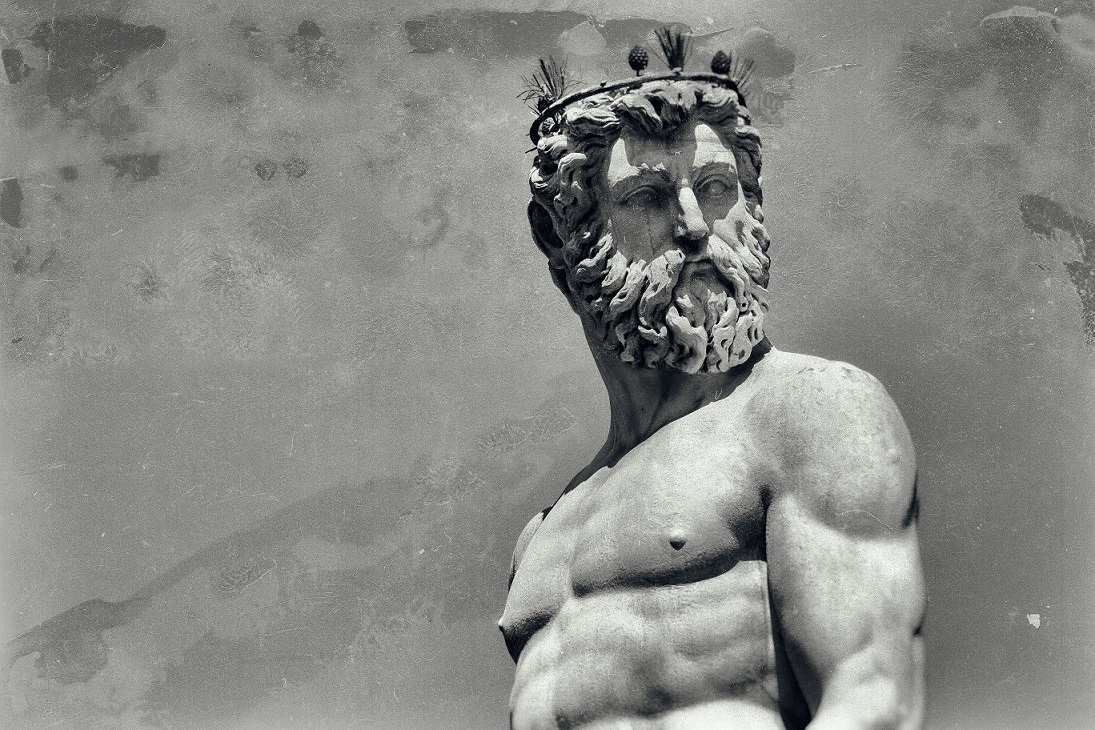 Which conductor will join the pantheon?

All powerful, they were the first Gods of a realm that moulded serendipitous destiny, only to be ultimately displaced in battle by a new generation of Olympian figures.

In historical brass band contesting terms it’s a bit like Alex Owen, John Gladney and Edwin Swift being shoved aside in the conducting pecking order by William Rimmer, William Halliwell and Fred Mortimer.

Others have since come and gone from the highest step of the pantheon, such as Harry and Alex Mortimer, Walter Hargreaves and Peter Parkes, whilst today, a new generation of conductors await their opportunity to take their place.

One could well join them at the Royal Albert Hall on the weekend, as Hermann Pallhuber’s test-piece is a wholly appropriate test of omnipotent aspirations.

Packed with drama, bombast and bravura, 'Titan's Progress' pays colourful homage to the perhaps the greatest symphonic Titan of them all in Gustav Mahler - although tinted in its weave by a cheeky, irrepressible sense of adventure.

Packed with drama, bombast and bravura, 'Titan's Progress' pays colourful homage to the perhaps the greatest symphonic Titan of them all in Gustav Mahler - although tinted in its weave by a cheeky, irrepressible sense of adventure.

Titan in his own right: Gustav Mahler

And whilst its more deceptive subtleties may well be sinfully lost in the cavernous belly of the hall, the finest conductors will surely still be able to express its protagonist’s character with an arc of progressive refinement that doesn’t rely on gratuitous showboating.

The choice of the National Music Panel has been a very clever one, as has the selection of Dr Robert Childs (who won on the piece at the British Open in 2009), Alan Morrison and Rob Wiffin to judge it.

All have the skill and experience required to make their informed decisions based on the quality they hear from the stage.

This one won’t be won by luck.  True Titans never had to rely on it. 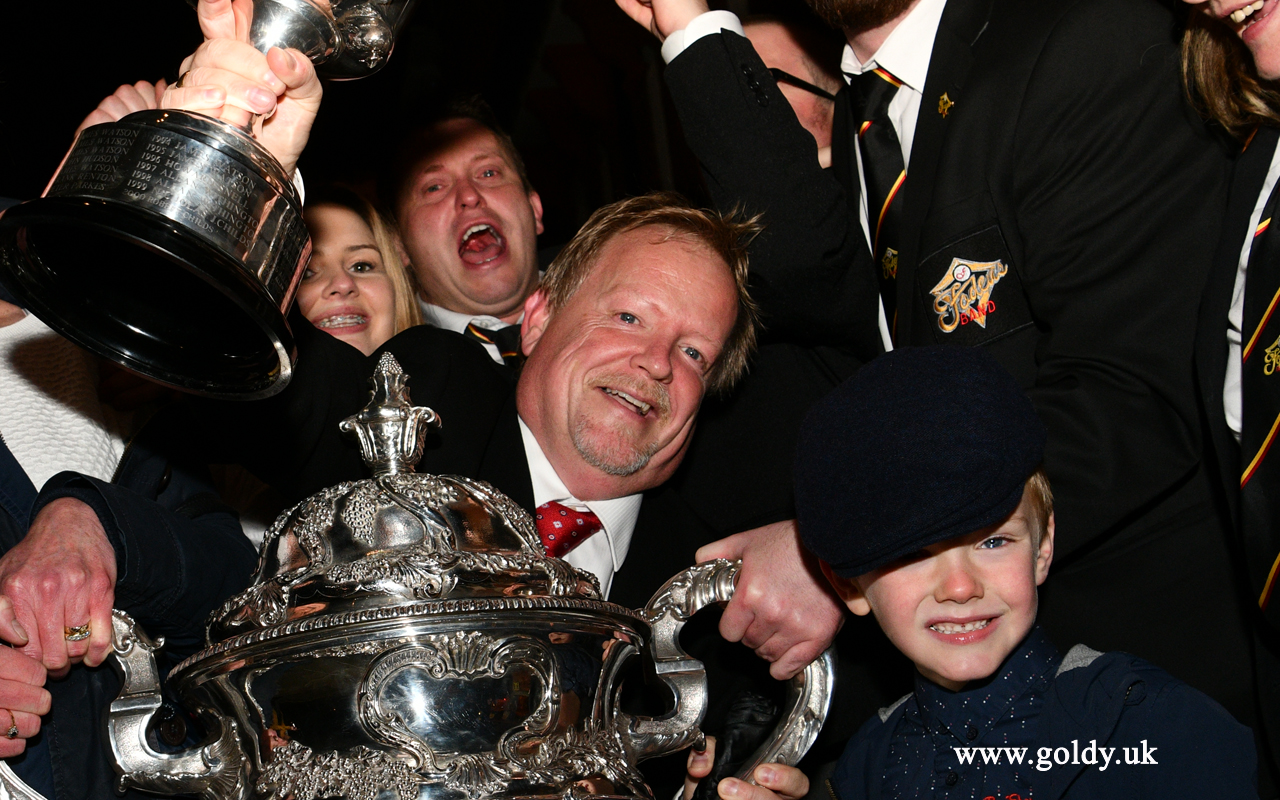 Handel and now Mahler  for Russell Gray to master

Foden’s return emboldened by their victory twelve months ago under Russell Gray. The Scotsman was in total musical command on Handel then, and may well be in his element with Mahler too.

His own symphonic conducting experience, allied to Foden’s broad, richly balanced sound palette could be a crucial key in unlocking the secret to Pallhuber’s homage.  Few bands sound so cultured as they do on their day.

To become the first Sandbach band to retain a National title since the Titan days of Fred Mortimer in the 1930s will be some achievement however - especially as they face the almost Achilles like figure of Cory in their path.

Philip Harper’s band could well have been dipped in the River Styx by the contesting Gods such has been their overwhelming level of dominance under his baton.

Philip Harper’s band could well have been dipped in the River Styx by the contesting Gods such has been their overwhelming level of dominance under his baton.

They come to London looking to complete a second ‘Grand Slam’ of European, Open, National and Brass in Concert titles (not forgetting the Band of the Year) - and following their superb Symphony Hall victory, few would bet against them.

Rivals may only have a heel-sized hope of vulnerability to aim at if they are to stop them. 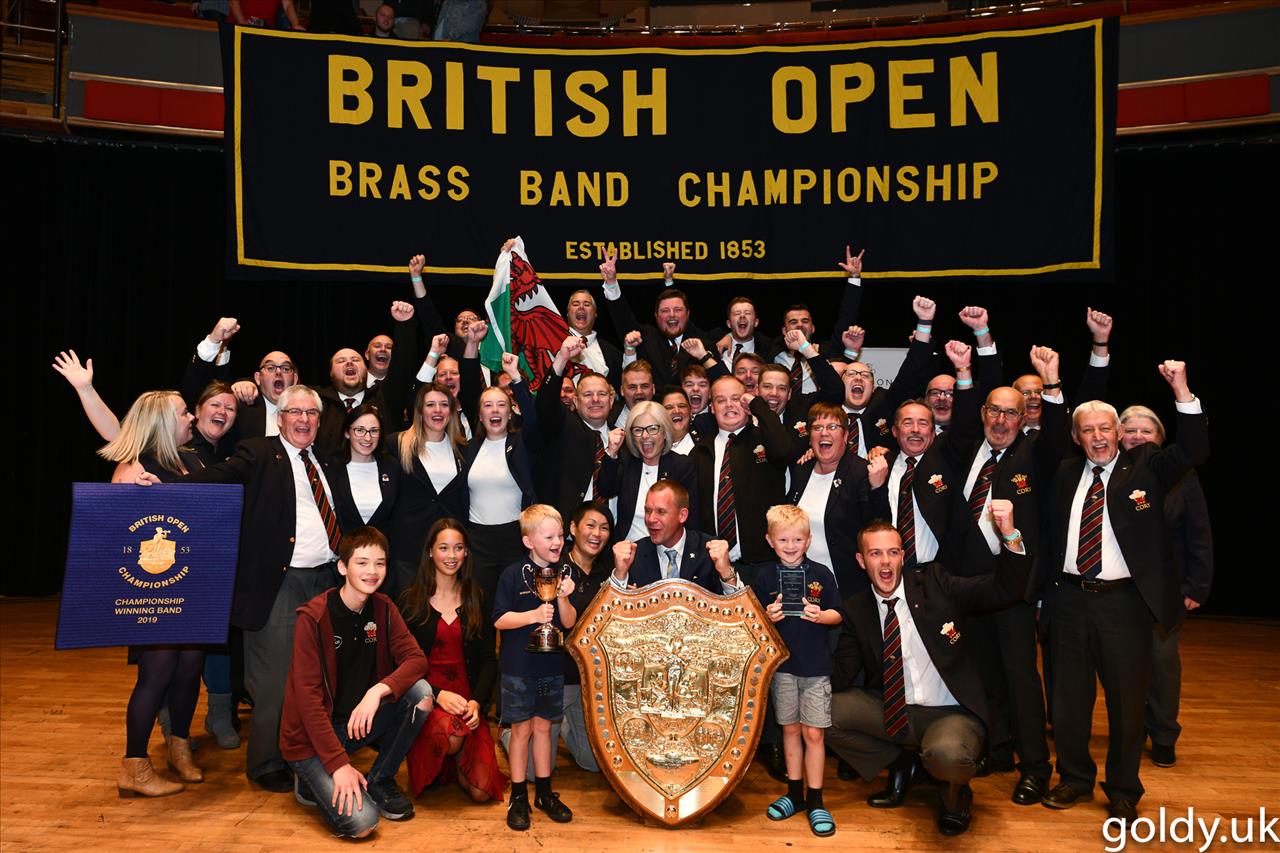 Can anyone stop Cory from yet more success?

A rejuvenated Black Dyke may well be best placed to take on the role of Paris and kill off their Welsh challengers hopes to secure their first National victory since 2014.

Prof Nicholas Childs has subtly changed the alchemy of his band sound - broadening its base and topping it with an icy assuredness. Tonally they are now a much more malleable ensemble, as shown at both the Band of the Year and British Open.

Pondashers believe they are close to being back to their very best again - and they may not be wrong.

Pondashers believe they are close to being back to their very best again - and they may not be wrong.

Brighouse & Rastrick has an enviable record at the Albert Hall under Prof David King, and few would bet against the Australian extending that further with a tenth successive top-six finish, or even a fourth title winning success.

Not quite at their very best at the British Open (where the Gods have been against them since 1978) they are certainly more at home amid the grandeur of Kensington Gore, where the MD has been able to flex their supple ensemble muscularity to stunning effect. 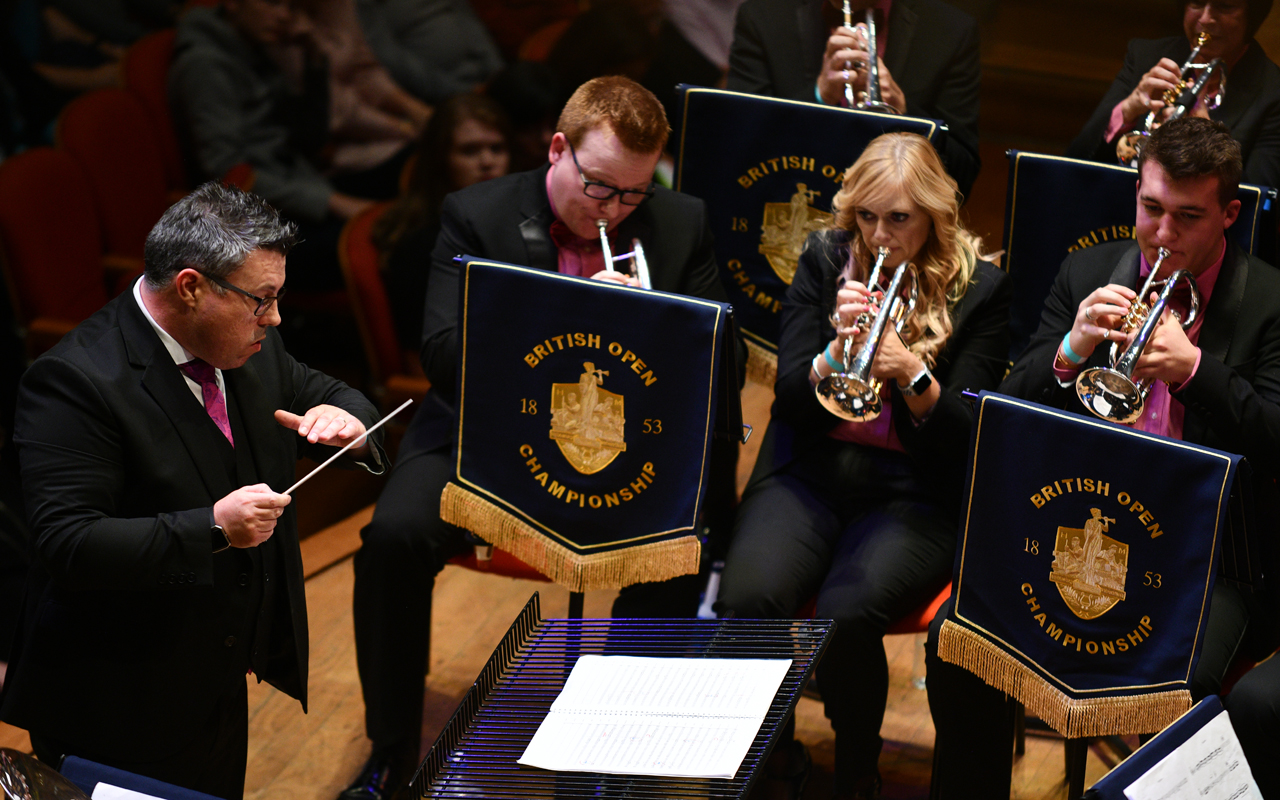 A Mahler resurrection for Grimethorpe and David Thornton?

And what of that other Yorkshire behemoth in Grimethorpe, who has been but an occasional visitor to the Albert Hall in recent years?

This will be just the fifth time in over a decade, but as was shown at Symphony Hall, their emerging musical partnership with Dr David Thornton could be one that to make a lasting impact.

They certainly have the quality to impose themselves on a testing score, so could this be something of a Mahler inspired resurrection?

They certainly have the quality to impose themselves on a testing score, so could this be something of a Mahler inspired resurrection?

Fancied runners abound, with the in-form duo of Desford and Flowers looking to build on the excellent performances given at the British Open.

Desford has been a revelation in the past 12 months or so under Michael Fowles admirable direction, and with bags of settled, experienced players around the stands they could be a good each-way bet for their first top-six finish since 1995.

Paul Holland has also seen his hard work pay off with Flowers, and if they can build on that fine Open showing they could be hearing their names mentioned off the stage come the results once again.

Meanwhile, Tredegar can never be discounted here (five second place finishes attest to that). This could be the type of piece that suits their bold, stylish approach under Ian Porthouse. If so, they could be well in the mix once more. 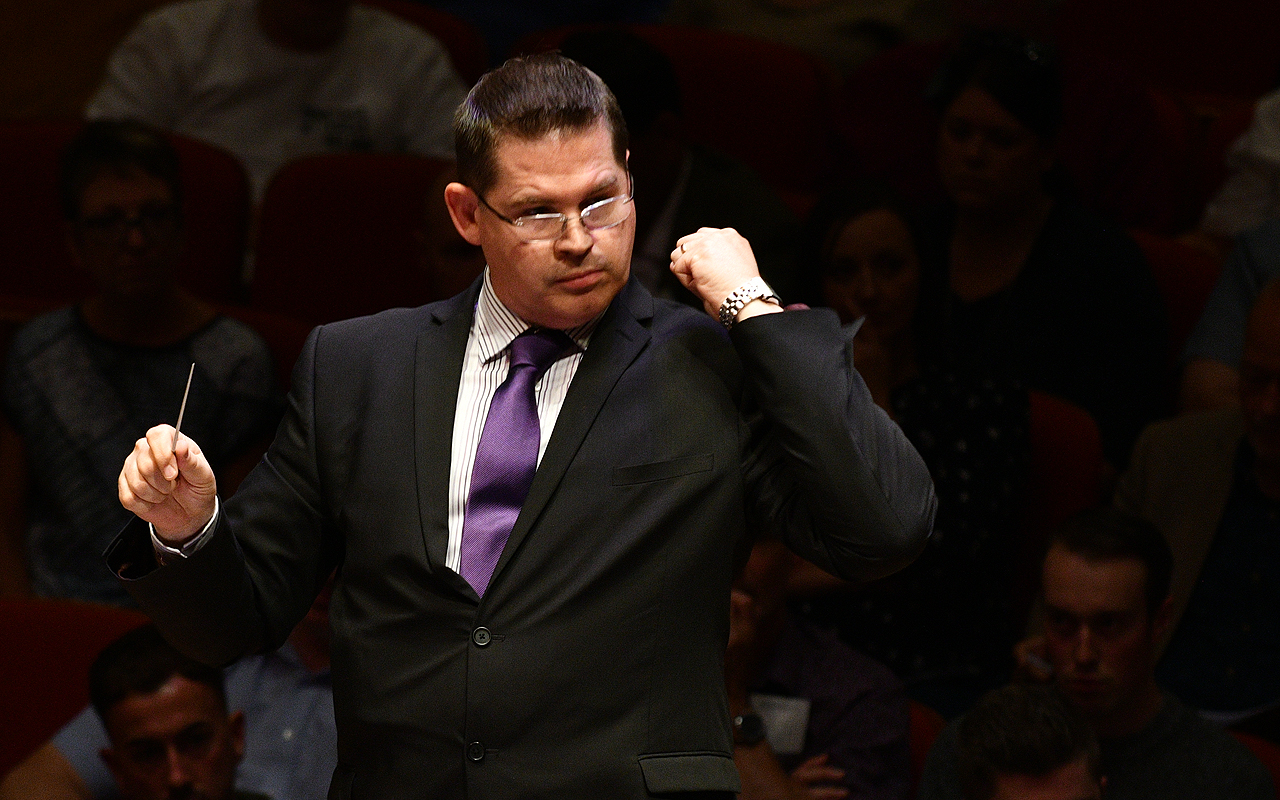 The in-form man with the in-form band: Michael Fowles and Desford

It does tend to be the big, powerful sounding bands that tend to do well at this contest - those who can add an extra notch or two to the Mahlereseque dynamics when required and still have plenty in reserve to raise the roof at the end.

That said, refinement is never totally lost even in this acoustic. Although brilliant technique can cut cleanly through the air here, a well placed vaporous breeze of tonality can still send a shiver down the spine.

Hard to see past the usual suspects though - all of whom can turn the dynamic wick up and down on demand as well as rattle the rib cages with their displays of virtuosity.

Hard to see past the usual suspects though - all of whom can turn the dynamic wick up and down on demand as well as rattle the rib cages with their displays of virtuosity.

However, listen out for the likes of the Scottish duo of the co-operation band under Philip McCann and Whitburn led by Garry Cutt.

The former is enjoying a fine year, further boosted by an excellent showing at Symphony Hall. The latter is determined to show that they have not lost their hard earned high-class competitive edge after the disappointment of Birmingham. 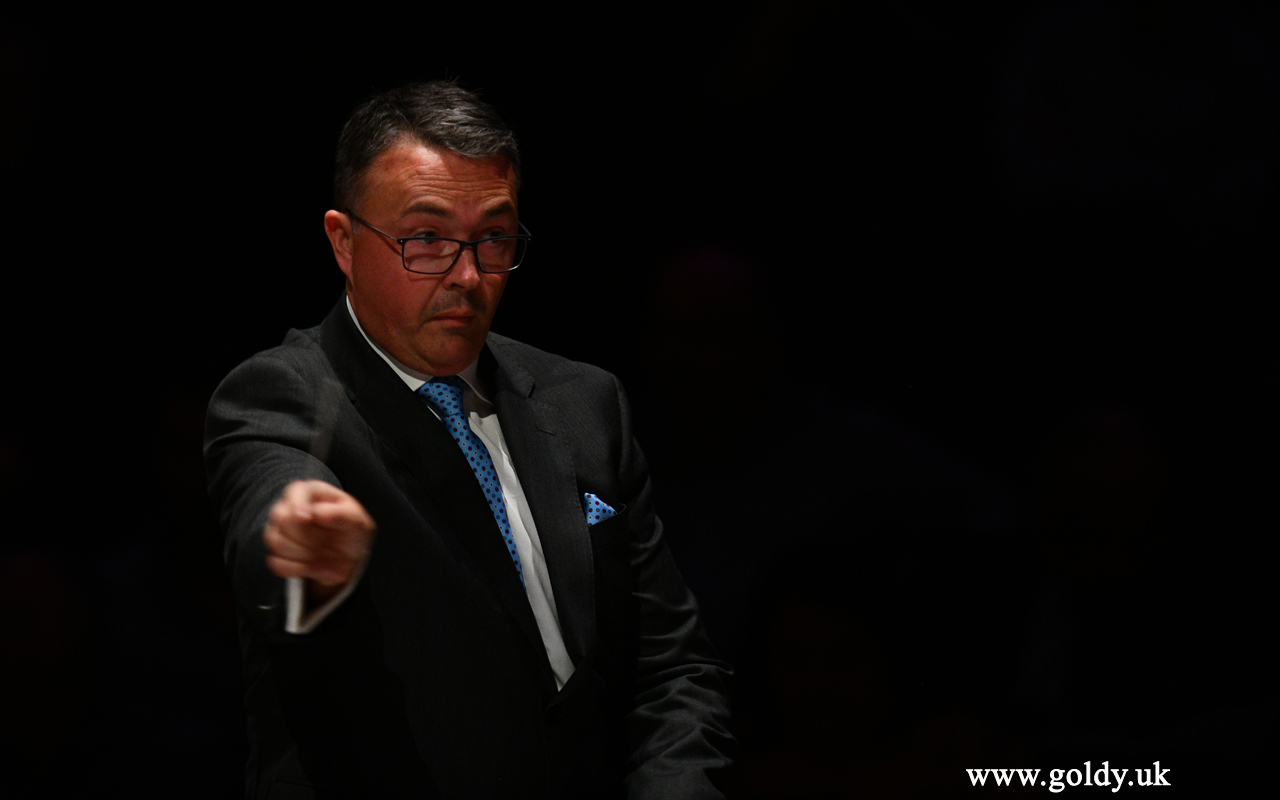 On the cusp. Can Friary and Chris King make a top-ten mark this year?

There will also be a few ears cast in the direction of the ever improving Friary Brass Band under Chris King, who will be looking to secure their first top-ten finish after being on the cusp in the last three years. They could be a few tipster’s fancy for a mention.

The solid trio of Reg Vardy, Carlton Main and GUS haven’t enjoyed a great deal of good fortune here over the last decade, but are more than capable of making their mark if they hit top form.

Each is led by an experienced MD with the attributes required to unlock their obvious potential, so a touch of good draw fortune could just make the difference.

There will also be a few ears cast in the direction of the ever improving Friary Brass Band under Chris King, who will be looking to secure their first top-ten finish after being on the cusp in the last three years.

Meanwhile, Leyland will be hoping that the draw is a bit kinder to them after drawing Kelly’s Eye at Symphony Hall to allow then to flourish as they know they can, whilst a confident Aldbourne, fresh from their excellent British Open showing will be looking to secure another top-ten finish at a major championship, this time under Lee Skipsey’s direction. 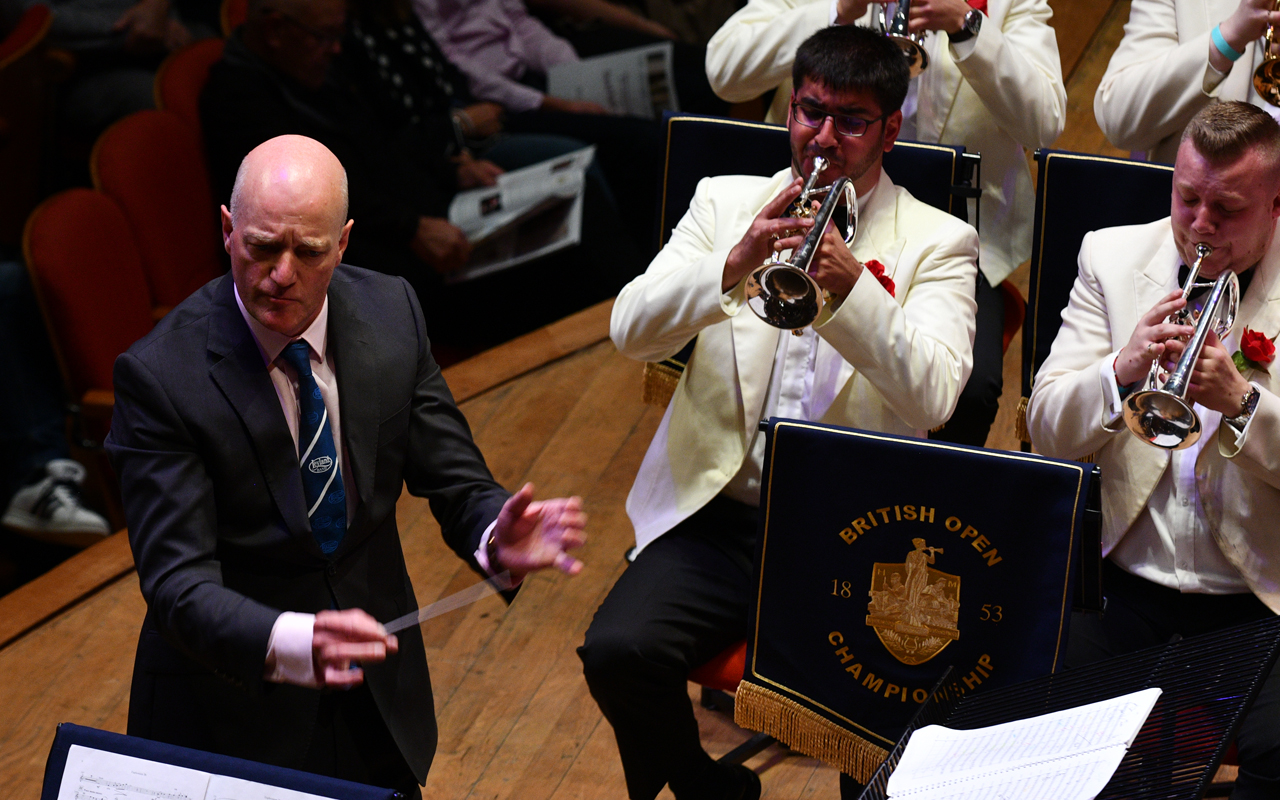 Can Leyland ask the Gods for better draw fortune this time around?

You can never discount a single band at a major championship event, so whilst there will be fairly long-odds on a victory for the likes of Northop, City of Hull, Pemberton Old Wigan and Zone One Brass, they are all more than capable of being inspired on the day.

Northop certainly showed that at the Welsh Area under John Doyle, as did Pemberton at Blackpool with another impressive young tyro in Ben Dixon.

City of Hull has been making solid progress under Stig Maersk’s direction, whilst Richard Ward and his eclectic band of Londoner players could well surprise a few, if they have been able to join forces on a regular basis in the run up to the contest.

So much to look forward to then (it kicks off at 10.00am), and 4BR will be on hand to bring you the action as it unfolds throughout the day with our live-coverage reporting with our resident experts Steven Mead and Chris Thomas giving their opinions, and the great images provided by Ian Clowes at Goldy Solutions.

We will also keep you updated with our social media links on Twitter and Facebook and hope to bring you interviews with the leading figures on the day after the all important results are announced. It all kicks off at 10.00am when the first band takes to the stage.

As always a hard one to call, but the bookies, let alone the contesting Titans of Mount Olympus don’t have to rely on the Oracle at Delphi to come up with the usual suspects at the Albert Hall.

Cory is the band to beat - but beaten they can be even if, as we have said, a rival can somehow shoot Philip Harper in his Achilles heel before he goes on stage.

A revitalised Black Dyke, defending champion Foden’s and Brighouse & Rastrick could be hard on their heels so to speak, with Grimethorpe and Desford close behind with our dark horses of Tredegar and Flowers.