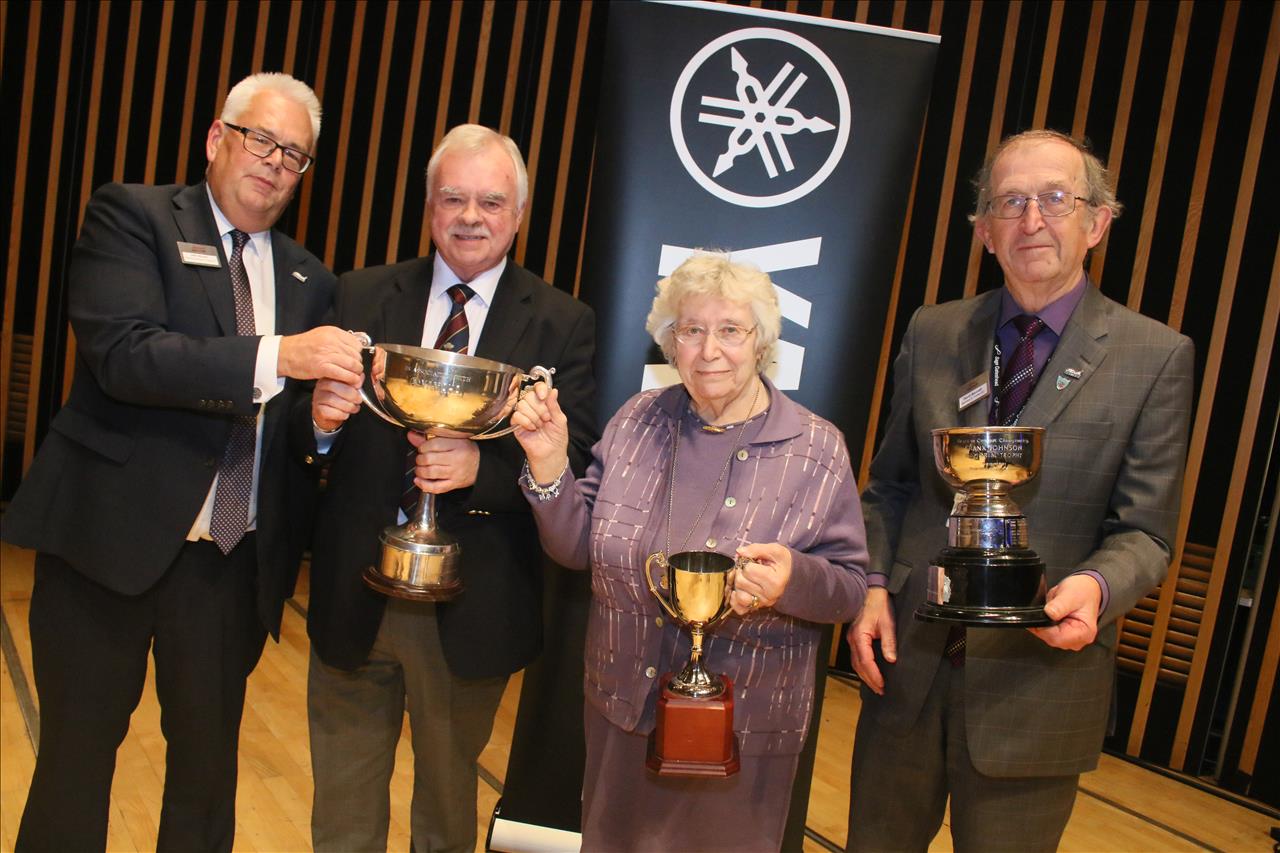 Cory claimed the major silverware in 2018

Brexit, the General Election, widespread flooding and the imminent return of ‘I’m a Celebrity...Get me out of here!’ with Ant & Dec...

No wonder people are in desperate need of some diverting musical entertainment.

Thankfully, the 43rd Brass in Concert Festival promises to offer a weekend free of all thoughts of impending financial catastrophe, Boris Johnson in wellington boots and C-list celebrities nibbling on a kangaroo’s testicle... for a while at least.

You will be good company if you do go along (and if you can’t make it to Gateshead you can always sit back and enjoy the live-stream action at: http://www.worldofbrass.tv ).

Tickets sales are up this year, thanks in part to the sympathetic spotlight shone on the event by the recent Sky Arts series, the return of the Youth Brass in Concert Championship, the popular education taster sessions and workshops, the masterclasses and the promise of an engaging Gala Concert and other side events.

And whilst there may well have been a few eyebrows raised at the absence of some leading contesting names from the line-up for the main Championship event, the inclusion of new contenders has brought a level of intriguing anticipation.

And whilst there may well have been a few eyebrows raised at the absence of some leading contesting names from the line-up for the main Championship event, the inclusion of new contenders has brought a level of intriguing anticipation.

Plenty to enjoy then (and we are sure Frank Renton will provide plenty of topical satirical humour to go with his encyclopaedic music knowledge of every piece that is being played) with the weekend kicking off on Saturday morning (9.30am) with the workshops and taster sessions supported by the Banks Group and Arts Council England. 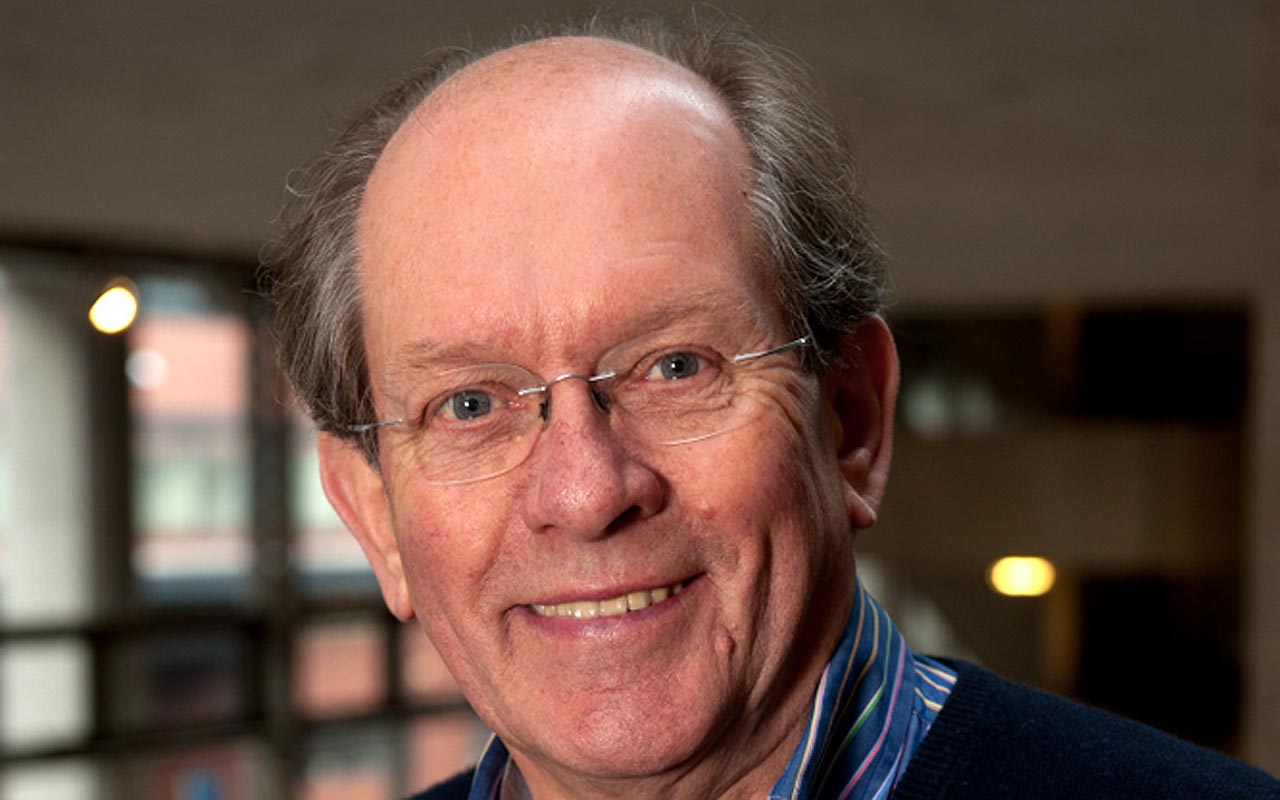 A little later there will a high school concert to savour as well as a masterclass from the prodigiously talented tuba star Ross Knight (4.00pm).

Both that event and the afternoon’s Youth Brass in Concert Championships will also be live-streamed, so don’t miss out on them for sure. 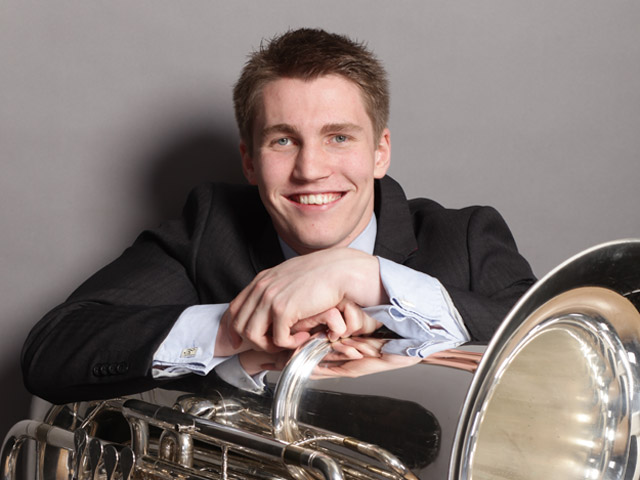 Tuba star Ross Knight will give a masterclass

The inaugural Youth Championship was a huge success last year and this time around seven cracking ensembles will look to impress adjudicators Jayne Murrill (entertainment and presentation) and Roger Argente (quality of performance) if they are to get their hands on the Roy Newsome Memorial Trophy and £1,000 first prize. 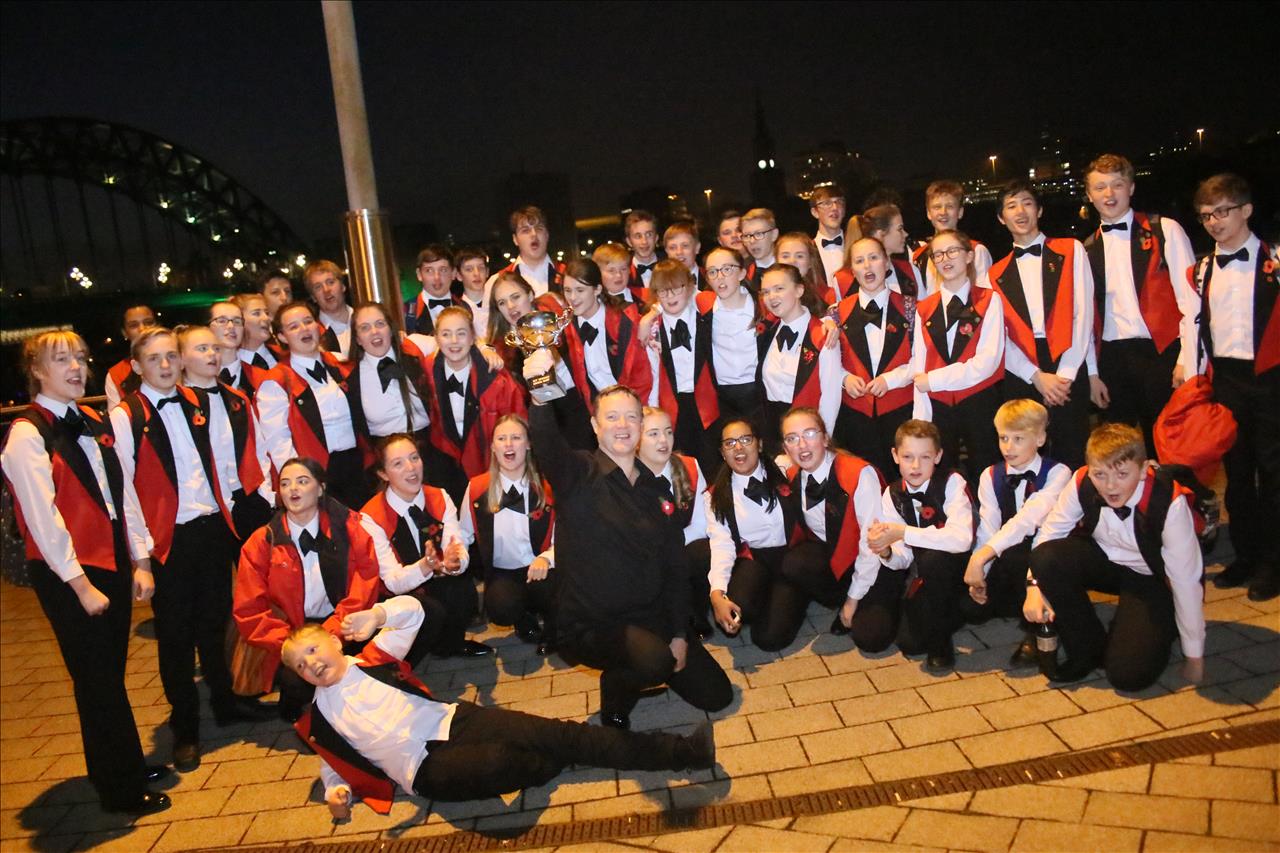 It promises to be a great contest with plenty of brilliant playing backed up with the type of presentation skills that wouldn’t be out of place at the London Palladium let alone Stage One of Sage Gateshead.

Don’t miss it - especially as you can enjoy it all for free at: http://www.worldofbrass.tv

You will have to put your hand in your pocket for the Gala Concert though (although at £12.95 for that and the whole of Sunday’s contest entertainment, it’s a decent bargain) and what’s not to enjoy with David Childs performing the Karl Jenkins’ ‘Euphonium Concerto’ in the first half and a neat tip of the hat to the local racegoers in the second with ‘Blaydon Races’.

In between Brighouse & Rastrick will showcase their variety box talents with everything from ‘Bolero’ and ‘Capriccio Espagnol’ to ‘Light Cavalry’, ‘Mr Lear’s Carnival’ and much, much more.

That should nicely whet the taste-buds for Sunday when 11 bands take to the stage (starting at 9.00am) to see if they are to be crowned 2019 Brass in Concert Champion.

That should nicely whet the taste-buds for Sunday when 11 bands take to the stage (starting at 9.00am) to see if they are to be crowned 2019 Brass in Concert Champion. 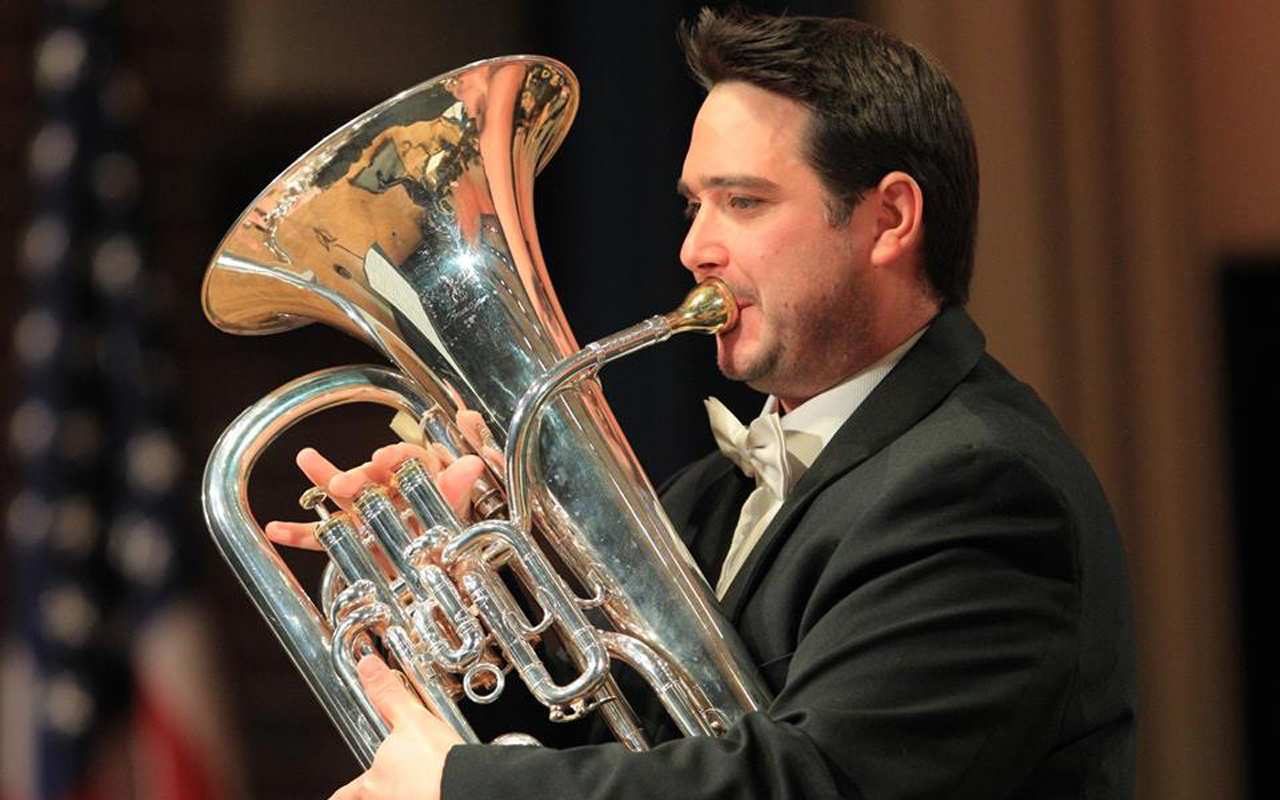 David Childs is the featured soloist in the Gala Concert

The draw for the playing order was made some time ago, with the Welsh champion Tredegar having the honour of starting the day off under the direction of Ian Porthouse. 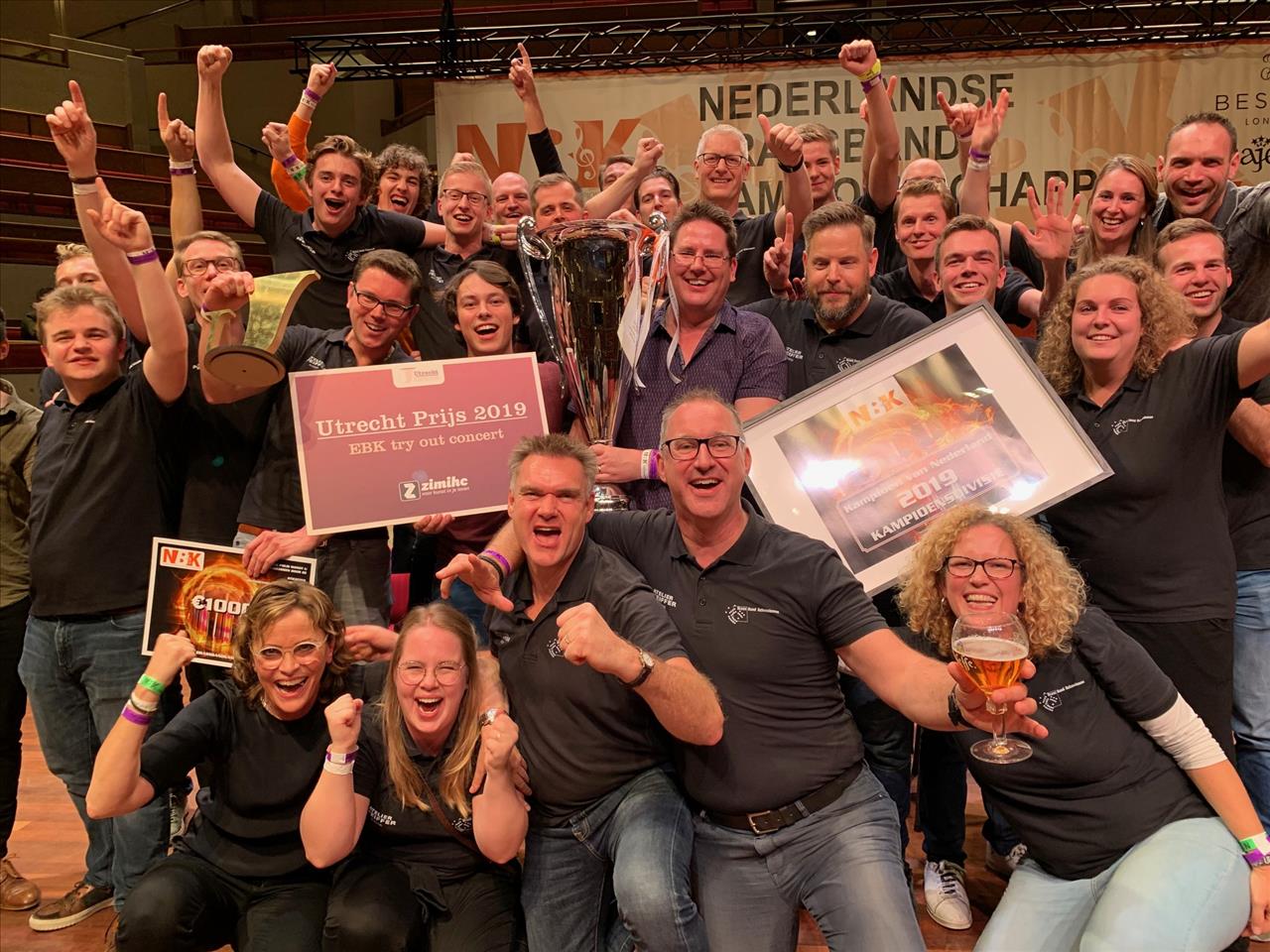 There is sure to be a warm welcome for the 'Dutch' of Schoohoven and Paul Holland!

All of them will be looking to get their hands on the Yamaha Newsome Brass in Concert Trophy (plus £4,000 cash) as well as a share of some of the plethora of other entertainment, ensemble and individual awards on offer.

The winners could in theory walk away with more silverware than can be fitted in the boot of a Volvo estate car with a bank balance boosted by a potential £7,500 plus.

Plenty to play for then as the bands look to impress the adjudication panel of Ian Bousfield and Dr Nick Grace (quality of performance), Jeremy Wise (programme content), and Chris Jeans and Mike Lovatt (entertainment and presentation).  The separate individual and solo awards will come under the scrutiny of Les Neish.

And whilst the overall adjudication system still requires a working knowledge of advanced mathematics to understand, the bands are now used to its intricacies and foibles (it’s been in place since 2012) and which boxes they need to tick to be in the hunt for the prizes.

And whilst the overall adjudication system still requires a working knowledge of advanced mathematics to understand, the bands are now used to its intricacies and foibles (it’s been in place since 2012) and which boxes they need to tick to be in the hunt for the prizes.

Meanwhile, the rather less sophisticated Audience Award this year will be voted on by those who have bought a souvenir programme (costing £5.00).

They can vote for their favourite band by scanning a special QR code which can only be used one – so President Putin and his army of on-line bots won’t be able to interfere in anyway...

All that and anyone can use the hashtag #askfrank to question Frank Renton about anything you wish (politics, religion and sport apart!) throughout the day.  See if you can stump him with something - it will be difficult though!

It’s also hoped that the results ceremony will be packaged much quicker this year - so if you are at the venue stick around to cheer the new champion.

So who will that be?

Cory and Philip Harper are the dominant force in all forms of contesting at present and will be looking for their sixth title together in the last eight years at Sage Gateshead.

That said, they don’t always tick all the boxes here (just most) and will know that entertainment tastes rarely remain constant, so they won’t be taking anything for granted.

Quality does though (and since 2012, 10 out of the 14 quality of performance adjudicators have placed them first), so it’s going to be difficult for rivals to beat those imposing levels of excellence given the form they have shown this year.

Cory may be the bookies favourites but there will be plenty to look out for from last year’s podium finishers Carlton Main Frickley (excellent value for their runner-up spot) and Brighouse & Rastrick (coming third twice in the last three years), both led by MDs in David Thornton and Russell Gray with a good nose for an inventive slice of entertainment programming. 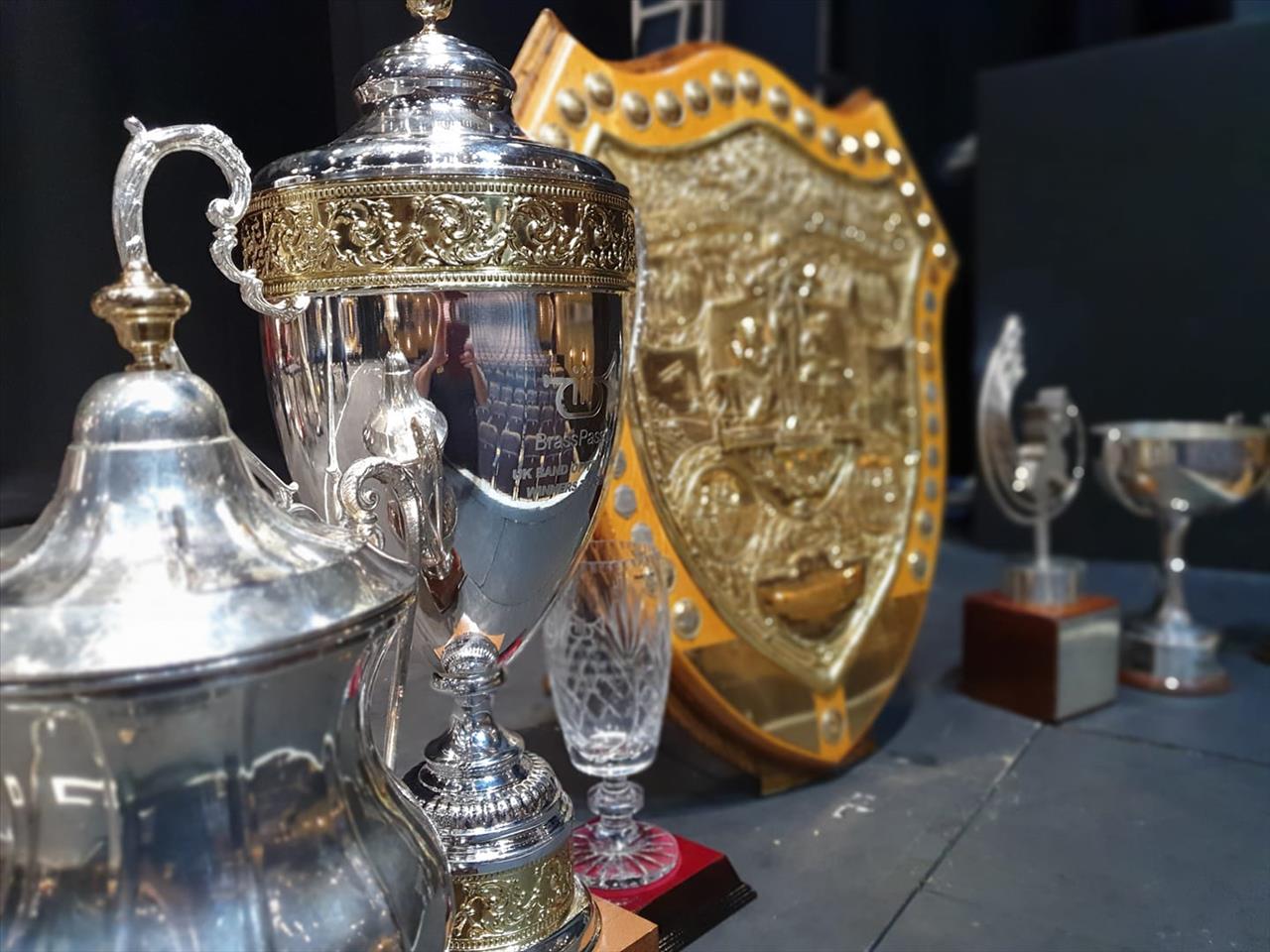 Cory has already claimed plenty of silverware in 2019...

Meanwhile, Tredegar makes a welcome return under Ian Porthouse and are always guaranteed to bring something a little different to the stage as they look to maintain their record of four podium finishes in their last six visits.

The in-form Flowers are reunited with Paul Holland (who led Carlton Main to second place last year) as they look to make their mark once more, whilst there is sure to be a warm welcome for the impressive Dutch champion Schoonhoven - another band that Paul has helped to glory in recent times.

Given the fervent football rivalries that exist up in these parts when it comes Newcastle, Sunderland and Middlesbrough, there should be plenty of support in different parts of the hall for Reg Vardy (making their   40th appearance), City of Hull (their second) and debutants NASUWT Riverside Brass.

All three have been in decent form of later too, so which one will emerge with the regional bragging rights we wonder?

All this and the solid top-flight talents of Friary Brass (who claimed the ‘Most Entertaining Band’ prize at Butlins earlier this year) and Hammonds Saltaire, should be worth watching out for - each gaining an increasingly impressive reputation not just for the quality of their playing but the inventive thought processes behind it.

That said, it will take something special to beat Cory on the form they are showing at present, but if they falter and others can execute high quality programmes with a touch of ear/eye-catching pizzazz you never know.