One of the most influential musical polymaths of the banding movement and a pioneer who helped bring brass band entertainment to the television age.

Brass band historian Tim Mutum has been asked by 4BR to curate a ‘Hall of Fame’ of players, conductors, composers, adjudicators, entrepreneurs, administrators and personalities who have helped to shape as well as drive the brass band movement from its beginning to the modern day.

The undisputed giants of Gladney, Rimmer and Mortimer will of course be included, but so too those who may not so readily be spoken of as ‘greats’ but whose contribution should without doubt be marked.

We hope you enjoy the series, which we also hope will be added to with further information about each person as we develop it further. 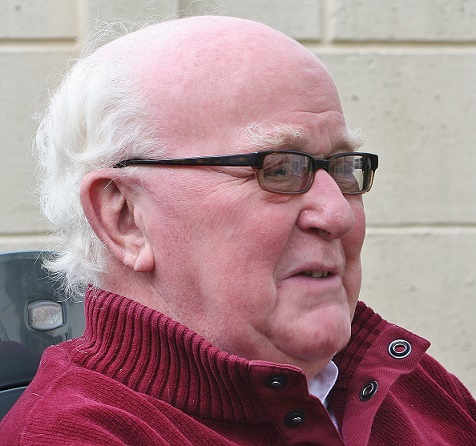 Bram Gay was born in Treorchy in south Wales in 1930. As a young boy he was taken by his father to Reginald Little, the conductor of Cory Band to learn to play the cornet. It was a decision that was to mark the starting point of a remarkable musical life.

His youthful talent was evident and following his first taste of listening in awe to the bands at the British Open at Belle Vue in 1943 he was auditioned by Harry Mortimer for the repiano cornet role at Foden's Motor Works Band.

It was to become a relationship that at times bordered on hero worship – ‘HM’ a figure of reverence for the rest of his life.

He later admitted that academia took a distant second place to brass band learning. Given a job at Foden’s he soaked up everything that he was taught under both Harry and Fred Mortimer, becoming principal cornet in 1945.

Writing about the experience in the book, ‘Labour & Love’ published in 1979, he said, “I was never as happy in my life as I was in the factory - go back there tomorrow if I could afford it.”

In 1945 he won the prestigious Alexander Owen Memorial Fund Scholarship, and although Foden’s were no longer the great band of the pre-War era, he led them with distinction before joining the Band of the Scots Guards as part of his National Service in 1949.

Writing about the experience in the book, ‘Labour & Love’ published in 1979, he said, “I was never as happy in my life as I was in the factory - go back there tomorrow if I could afford it.

The next five years gave him a much broader musical outlook (“another ball game, I can tell you”, he later said) - one that echoed the professionalism of Foden’s, but in a different way.

He enjoyed the pomp and circumstance (including the 1953 Coronation) but he knew that any lasting musical career of ambitious note would have to be undertaken in civvy street.

The opportunity arose when he applied for the position of principal trumpet of the City of Birmingham Symphony Orchestra. He was 23.

In 1960 he held the same position with the Halle, playing under Sir John Barbirolli and many of the great conductors of the era, and in 1969 moved to London to become the lead trumpet player at the Royal Opera House, Covent Garden.

It was to become his musical home - subsequently becoming its highly influential Orchestra Director from 1974 to 1995.

His connection to brass banding was not lost though. 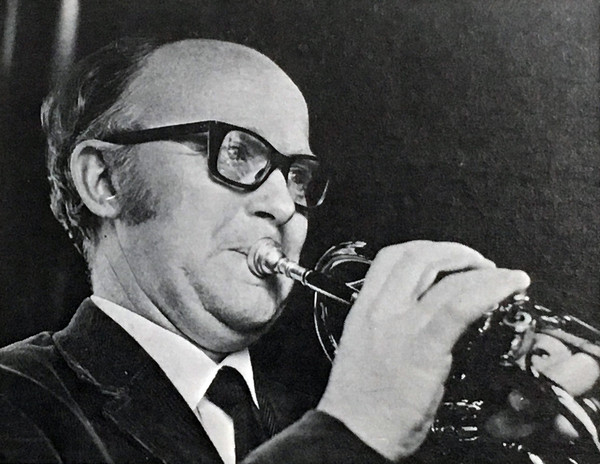 Granada Band of the Year

In 1971 alongside Arthur Taylor he was responsible for the creation of the pioneering Granada Band of the Year contest - an event that gave brass bands invaluable television coverage and helped to revolutionise the scope of 'entertainment' repertoire through the likes of Elgar Howarth, Howard Snell and Ray Farr.

However, as he was later to recall, its significance was almost lost on the banding movement.

“All the contest organisers hated it, because there have always been too many contests, and they didn’t want this one at all.”

Although the concept wasn’t new (some regional television companies had already hosted their own versions in the previous couple of years) it brought brass band entertainment to a vast new audience.

Its eventual success was also down to his ability to persuade the likes of Elgar Howarth, Howard Snell and Ray Farr (all with extensive orchestral brass expertise) that it provided an ideal platform to display what he called “the art of brass band arranging”.

As the band’s improved so did the “wider horizons of technical and musical possibilities”. The contest spawned a worldwide revolution - from local competitions to major championship events such as Brass in Concert.  His pioneering approach is still felt today. 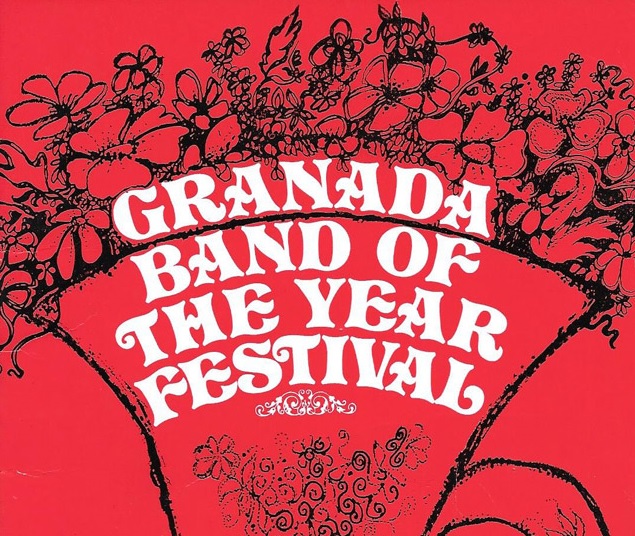 As General Editor of Brass Band Music at Novello & Co. his insight and gifts of persuasion ensured that the repertoire was enriched enormously by composers such as Joseph Horovitz, John McCabe, Elgar Howarth, Philip Wilby, Michael Ball and Buxton Orr.

He was also the joint editor of the quarterly magazine ‘Sounding Brass’ which brought a wider, more in-depth analysis of the world of brass into homes.

In the 1970s he also produced several LP recordings for Grosvenor Records. Through his regular visits to Sweden he was able to record Solna Brass and also perform on an LP with them the Denis Wright 'Cornet Concerto'. Other bands he recorded were Brighouse & Rastrick, Cory and Carlton Main Frickley Colliery.

Never short of confidence in his own musical abilities, especially as an arranger and transcriber, his popular output included Joseph Horovitz's 'Music Hall Suite', Verdi's 'Sicilian Vespers', Elgar's 'Nursery Suite' and 'Wand of Youth' as well as Geoffrey Burgon's 'Narnia Suite'  amongst others.

His own work, 'Four Fancies'  was used at the 1973 Spring Festival, whilst he created a performing edition of 'The Severn Suite'  or the 1996 British Open and followed it with a significant new version of Liszt's 'Les Preludes'  which was used at the British Open in 2001.

Understandably, with his busy Covent Garden commitments at the time, it was a part of his career that never quite flourished as would have hoped in the same way his great hero, Harry Mortimer managed to do.

He also enjoyed success as a conductor - notably in his earliest days with John Thompson Works and later with Whitworth Vale & Healey (winning the Senior Cup in 1966) and Cory (from 1976 to 1978) where he claimed top-six finishes at both the British Open and National Finals, and led the band on their historic 1976 tour to the USA as part of the bi-centennial celebrations.

Understandably, with his busy Covent Garden commitments at the time, it was a part of his career that never quite flourished as would have hoped in the same way his great hero, Harry Mortimer managed to do.

He later said: “Although I didn’t really fail at Cory - we picked up a fourth at Belle Vue and a sixth and a seventh at the Albert Hall, which is respectable - nor did I really succeed.” 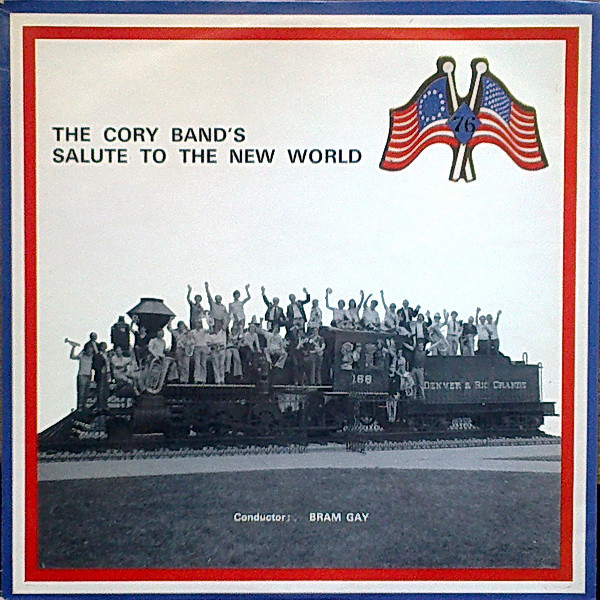 A forthright adjudicator, he judged at the European, National, British Open and Granada Band of Year events amongst many appointments both in the UK and abroad. His decisions were sometimes controversial, but were always backed by an iron-clad sense of musical appreciation, honesty and resolve.

Bram Gay was an influential advisory voice behind the British Open Championships (helping to commission many new works for the event) and of the British Open Gala Concert, which he promoted from the year 2000.

Diminutive in stature, but hugely influential, dedicated and committed to the brass band cause, his opinions were always sought and respected, even if they did not always follow the current trends of popularity.

Diminutive in stature, but hugely influential, dedicated and committed to the brass band cause, his opinions were always sought and respected, even if they did not always follow the current trends of popularity.

That at times made him a somewhat controversial figure.

Many felt that in later life he became an isolated and isolating figure - his opinions tinted by a past that no longer held relevance.  There was no doubting his musical and especially his brass banding pedigree though.

Following his retirement he moved to France with his wife Margaret where they lived happily.

He continued to make occasional trips to the UK for the British Open in particular, and maintained a strong literary connection (a novel entitled 'Maestro' was published followed by his autobiography in 1995) through correspondence to the main brass band media outlets where he was a valued and eloquent writer of strongly held viewpoints.