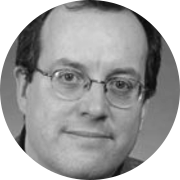 Steve achieved recognition in the British brass band scene during the 70s and early 80s as an award-winning euphoniumist at the National level and as a conductor. He was awarded a scholarship by legendary composer Eric Ball and conductor of the Black Dyke Band, Geoffrey Brand. He came under the early influence of conductor Sir Simon Rattle.

Steve is Professor of Music at Rider University, having also taught at the Britten-Pears School of Advanced Music Studies (Aldeburgh), Oxford, Princeton, Rutgers and Rowan Universities.

He teaches a variety of courses including theory, history (classical and pop), World Music, the Beatles and Radiohead. He designed a radical new BA in Popular Music Culture that was launched at Rider in Fall 2012.

In 2008 Steve was invited to become Professor of Euphonium at Rutgers, the State University of New Jersey where he has subsequent founded the Rutgers University Brass Band in 2011.

He is currently working on a brand new brass band program through the Mason Gross Extension Division of Rutgers University. Steve founded the Princeton Brass Band in 2004 and has overseen the bands prominent rise as a cultural force in the USA.

In 2013 Steve directed the band to be newly crowned National Champions of North America. He is currently a two-term President of NABBA (the North American Brass Band Association).

In 2011 Steve accepted the invitation to become Music Director of the Lancaster British Brass Band in PA.