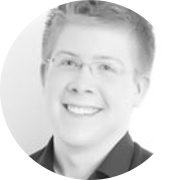 Alan is a Scottish conductor and composer based in London. A native of Aberdeen, Alan attended the Royal Scottish Academy of Music and Drama from 2000-2005, studying composition with Dr Gordon McPherson and Rory Boyle and conducting with Alasdair Mitchell.

Alan has worked with a number of bands in the UK and overseas, including the Aveley & Newham Band, Bon-Accord Silver Band, Redbridge Brass, Aarhus Brass Band and Tokyo Brass Concord.

From 2006-2013 he was the musical director of Regent Brass, presiding over a very successful period which saw the band rise to the Championship Section, being crowned the London & Southern Counties Champions in 2013 and representing the south-east at the National Finals in the Royal Albert Hall.

As a composer, Alan has written for groups such as the Paragon Ensemble, the Hebrides Ensemble, the Kirkintilloch Band and the all-female trumpet quartet, Bella Tromba.

In 2014, Alan was accepted as a member of the Association of Brass Band Adjudicators following accreditation. He is currently the Director of Music at St Ignatius College in Enfield and is Musical Director of Enfield Brass Band and the City of London Symphonic Winds.