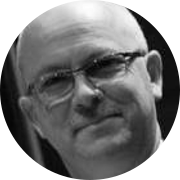 Martin originally studied the Trombone under the guidance of Peter Gane at the Guildhall School of Music and Drama and was a member of The National Youth Orchestra and European Youth Orchestra, where he performed under some of the world's leading conductors.

Martin has had a long and illustrious career in the brass band movement stretching nearly thirty years, conducting and adjudicating brass bands, winning many prizes at all levels of band competitions.

Before taking charge of the baton with the Blidworth Welfare Band in 2009, Martin has been Musical Director with the Thoresby Colliery Band, Nottingham City Transport Band, Desford and in his early career two bands in the home counties, namely Aveley Band and the Welwyn Garden City Band.

Until December 2015 Martin worked at the Brunts Academy in Mansfield for over 20 years as Director of Music, Director of Specialism for the Creative and Performing Arts before joining the leadership team 7 years ago as a Deputy Head.