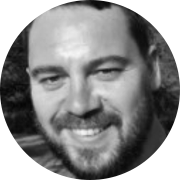 James began playing the trombone at the age of 11 and was taught by Philip Garlick. James soon became involved in many of the local community music groups and brass bands. His first band was Hinchcliffe Mill Brass Band. Later, he then moved on to the Skelmanthorpe Band, Carlton Main Frickley Colliery Band, Tredegar Band and at the age of 18 was appointed as Solo Trombone at the Brighouse & Rastrick Brass Band.

In 2000 James started at the Royal Northern College of Music where he was fortunate enough to be taught by some of the best trombone players in the world. In 2001, although still at the RNCM, I started my professional freelance trombone playing career. James' first professional 'gig' was with the BBC Philharmonic Orchestra. From there James was then busy working with the Halle Orchestra, Opera North, Manchester Camerata, BBC Philharmonic, Northern Ballet and the Royal Liverpool Philharmonic Orchestra.

In 2004 he was appointed as trombone tutor at the Junior Royal Northern College of Music. This is a post that he really enjoyed and it gave him the opportunity to teach some of the best trombone players of their age. James has been very fortunate with the work received from the orchestras and it enabled him to travel the world whilst doing a job he loved.

In 2014 the position of Musical Director at the Boarshurst Silver Band became available and after a few auditions the position was offered to him. At the time Boarshurst were 3rd Section yet had such a strong committee and a group of players with such potential. In 3 years the band have gone from 3rd Section to the Championship Section and have qualified for the National Finals 4 out of 5 years.

He has more recently taken the band to Butlins where they were crowned 1st Section Champions and gained the qualification place on offer at Bolsover Entertainment contest for entry to the Spring Festival.