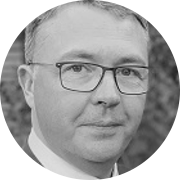 Chris King started his interest in music while playing the cornet with various brass bands in Lincolnshire, going on to serve as a musician in the British Army for 25 years, culminating his service as Bandmaster of the Band of the Grenadier Guards in London.

Chris began his relationship with the Friary Brass Band as Musical Director in 2006. During his tenure, the band has had repeated contest success including victory at the 2010 First Section National Championships and the 2014 Senior Trophy, L&SC champions in 2015, 2016, 2017, 2018 and 2019 as well as qualification for the National Brass Band Championships in the Royal Albert Hall on the last six successive years. As well as conducting Friary Brass on a regular basis, Chris has worked as conductor in Denmark, Norway and Sweden.

He has judged recently at Brass in Concert, SIDDIS and the L&SC and Midlands Regional Championships and a number of music festivals. As well as being an experienced conductor and adjudicator, he is also highly regarded as a band arranger.