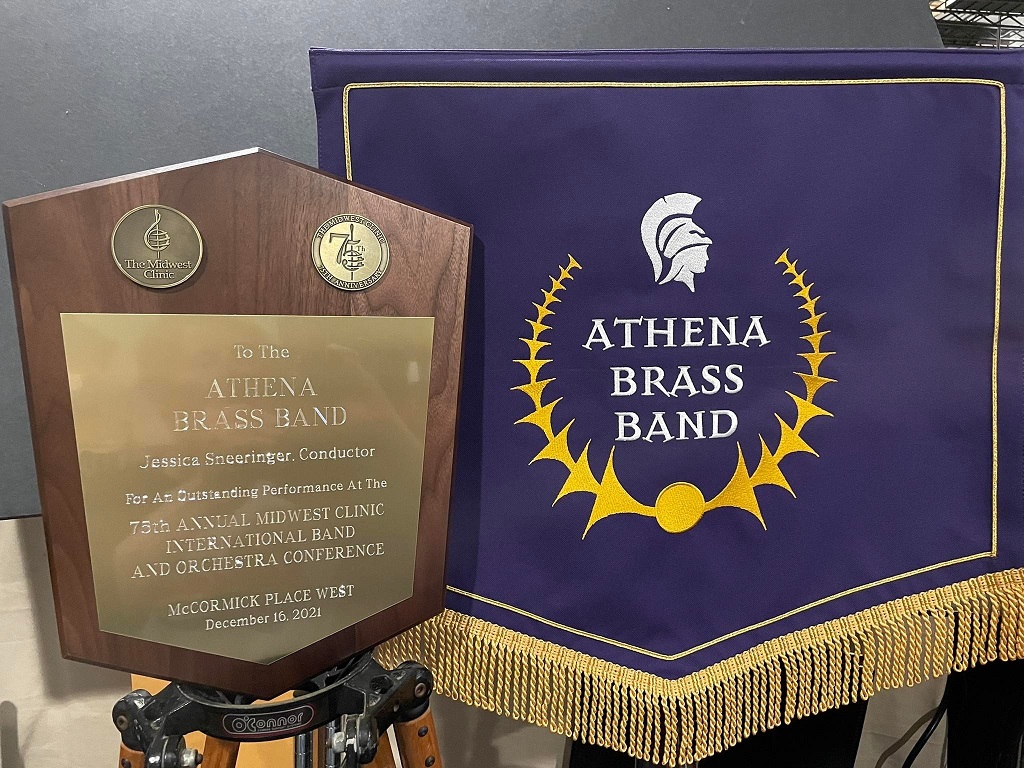 Athena Brass was formed in 2003. Named after the Greek goddess of Wisdom, their ethos is to champion the advancement of musicians and composers identifying as female.

It’s members, all outstanding musicians, come from all parts of the United States – literally coast to coast. Each is committed to sharing their passion for brass band music making; something which has seen then give several composition premieres and ‘first’ performances, including this (played to a packed audience), at the remarkable Midwest event.

Lisa Galvin’s brass band version of ‘Apex of the Amazon’, with its cleverly realised links to the brass band marches of British, Sousa and Circus tradition linked to original melodic content offered a clever realised detour from the expected norm - especially with the obligato piccolo part brilliantly played on xylophone and woodblocks!

‘Apex of the Amazon’, with its cleverly realised links to the brass band marches of British, Sousa and Circus tradition linked to original melodic content offered a clever realised detour from the expected norm - especially with the obligato piccolo part brilliantly played on xylophone and woodblocks!

The soloists were on showcase form; Amy Nelson on cornet, tender and melancholic on ‘My Love is Like a Red, Red Rose’  and Stacy Baker, poised and chillingly elegant on Lucy Pankhurst’s ‘Nightlights’  which had been effectively rescored for Eb tuba. Amy Schumaker Bliss and Danielle Van Tuinen, were complimentary in their virtuosity on Peter Graham’s ‘Brillante’.