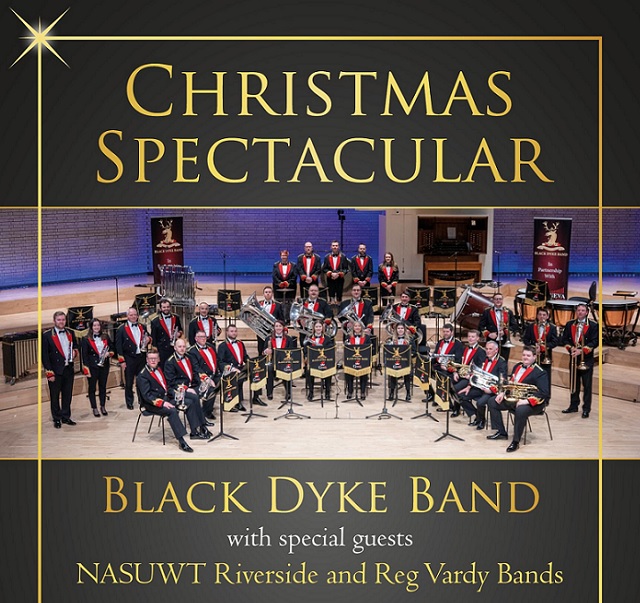 Just a few weeks after the competitive attractions of the Brass in Concert Championship, the doors at Sage Gateshead opened once again for this afternoon of relaxed music making.

Although Black Dyke has yet to put its reputation on the line at that sell-out contest, its brand of entertainment attracts a loyal following of supporters, whilst NASUWT Riverside and Reg Vardy put rivalries aside to boost local interest and the super Redhills Youth Brass also ensured there were plenty of proud families sat in the plush auditorium seats.

As the Queensbury Director of Music stated – it was a concert of two distinct halves; the first featuring plenty of familiar favourites, the second an early advent calendar mix of carols and festive fun.

The centrepiece, with the World Cup already underway in Qatar, was the showcase ‘Verissimo’  - a plateful of cleverly tabled antipasti dishes created by Alan Fernie

Nothing too taxing (although Richard Marshall brushed off ‘Charivari’  with splendid virtuosity) it was presented with slick professionalism - from the opening ‘Liberty Bell’  march and the operatic strains of ‘Nabucco’  to ‘Crimond’  and ‘Fire in the Blood’.

The second half was an early Christmas selection box of goodies; the opening provided by a world premiere of Paul Lovatt-Cooper’s ‘Christmas is Coming’.

That set the communal feel which was enhanced by a brace of audience participation carols, the fun of ‘Santa-claustrophobia’,  ‘O Holy Night’ (with the ‘Three ‘Euph’ Tenors’), before the jingling sounds of ‘A Christmas Finale’  and the fun of ‘Jingle Bells’,  aided by the Redhills Youth Band’ sent a delighted audience home with a festive spring in their step.