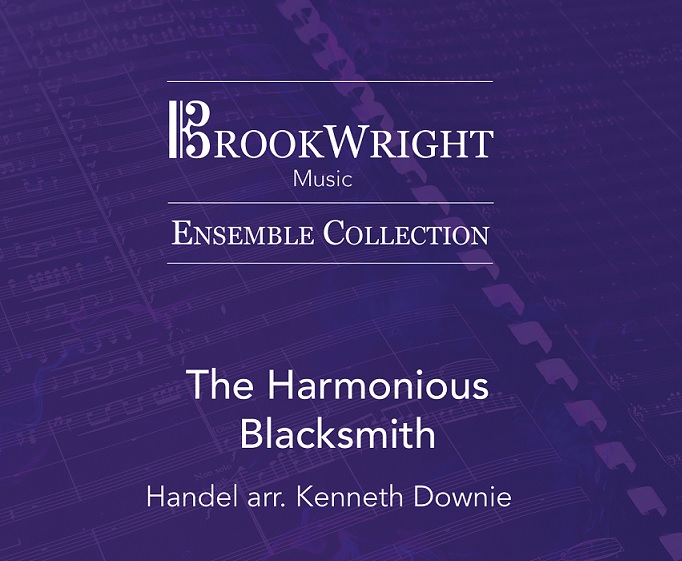 Covid-19 has posed many challenges for performers used to the joys of large ensemble playing – and especially the weekly rigours of full band rehearsals.

However, it has also given rise to new opportunities - including a revival of the somewhat lost art of small ensemble and traditional brass band quartets.

There is an inherent skill in quartet writing and performing – balance and musicality chief amongst them, and players benefit greatly from the experience, especially when a composer can showcase their craftsmanship in such an elegant and informed manner as Kenneth Downie.

The subject matter here is familiar: the finale to Handel’s ‘Suite No. 5 in E Major for Harpsichord’, (one of eight he wrote in 1720)  - and more commonly known as ‘The Harmonious Blacksmith’ – although it was not a name given to it by the composer himself. It is more likely that it arose much later after being performed by a former Blacksmith’s apprentice called William Lintern.

There is an inherent skill in quartet writing and performing – balance and musicality chief amongst them, and players benefit greatly from the experience, especially when a composer can showcase their craftsmanship in such an elegant and informed manner as Kenneth Downie. 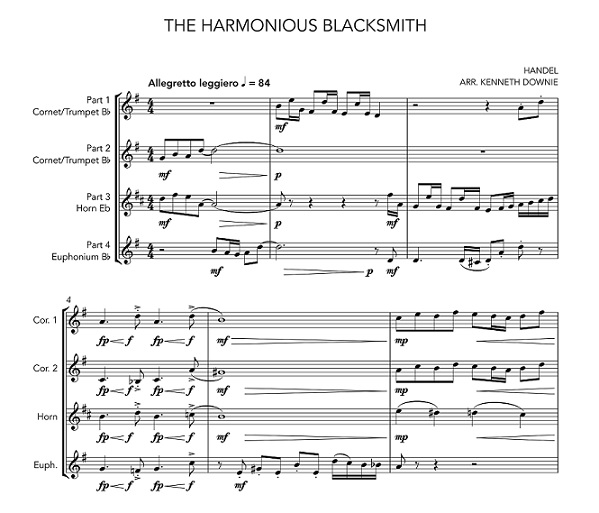 Downie’s explorative writing is undertaken with respect and insight, adding attractive colour and texture to signature flourishes and tasteful ornamentation – all condensed into a sub-5 minute package.

It will take a competent quartet of performers to carry off. It is technically within the reach and scope of experienced players and students alike, although there is a need to play with an informed stylistic nuance.  Delicacy and pacing is paramount to aid the defined clarity of the writing.

In short, this work is a great addition to the repertoire catalogue for established quartets (it includes excellently laid out parts for cornets in both Bb and C; horn in Eb and F; euphonium in treble or bass clef) while giving others something to work on in smaller groups.