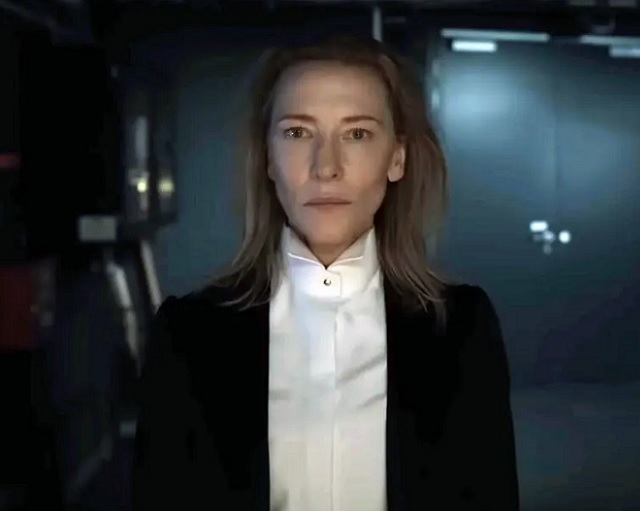 Todd Field’s film Tár is a psychological character study into the poisonous abuse of power – in seeking it, controlling it, and ultimately, losing it.

That it also eruditely covers the issues surrounding #MeToo and ‘cancel culture’ through the lens of the downfall of a narcissistic female orchestral maestro, played with icy virtuosity by Cate Blanchett, is interesting, but almost secondary.

As Blanchett herself has said, it’s “not a film about conducting”, but a “meditation on power, and power is genderless”.  She added: "It could have been about “an architect or CEO of a major banking corporation”.

It could also have been about a head of a film studio or leading actor for that matter - although audiences have perhaps already made up their minds about the well-publicised downfalls of those particularly vile creatures.

That said, it does come at a time when the Incorporated Society of Musicians has shown that cases of reported sexual harassment, bullying and racism in the music sector has increased dramatically in recent years.

Criticism of the film has been forthcoming - led in part by the American conductor Marin Allsop (who, many people feel the lead character is loosely based) who said she it was “anti-woman”, whilst ‘The New Yorker’  magazine called it “regressive”. Others found it “hard to boil down”  and “nasty fun”.

Even Mark Kermode, not a critic afraid to pinpoint his opinion with waspish accuracy said that he spent, “a long time admiring it much more than I did actually enjoying it".  He summed it up as “an interesting film that’s a bit full of itself.”

Overwhelmingly though it has been met with accolades – and not just for Blanchett’s remarkable central performance that deftly explores the corrosive bleakness of the murky waters Lydia Tár has decided to conquer, and the unknown depths to which she will finally sink.

Tár is a dazzling meteor of talent; a female conductor who has won every award under the sun and still had time to spend years on ethnomusical studies in Peru, write an eagerly awaited self-reverential book and compose a major new work.

Overwhelmingly though it has been met with positive accolades – and not just for Blanchett’s remarkable central performance that deftly explores the corrosive bleakness of the murky waters Lydia Tár has decided to conquer, and the unknown depths to which she will finally sink.

Supremely talented, persuasive, and driven, she is also an arrogant, sly liar and caustic bully to family, colleagues, players, students and even children alike – a masterfully acidic manipulator, hollowed of emotion who burns everyone in her ever upward trajectory to an orbit of complete reinvention as an iconic interpreter of Gustav Mahler’s symphonic cycle with the Berlin Philharmonic Orchestra.

On the cusp of personal attainment with his Fifth Symphony (album sleeves and new tuxedo at the ready) her past as well as current actions begin to corrode her armour-plated certainty.

Things start to unravel as her tired relationships with her long-term partner (played by the excellent Nina Hoss) and her cruelly wounded assistant (Noemie Merlant) are undermined by her growing infatuation with the arrival of new female cello player as well as mysterious sounds, scribblings and curious happenings.

She may well hold the key to Tár’s ultimate demise, as news emerges through social media (her Wikipedia page is changed by a hidden hand) of the death of a former young female player she is alleged to have once been emotionally involved with.

Cold indifference and arrogant dismissal (“she wasn’t one of us”,  she chillingly says as she instructs her assistant to delete all historical e-mail correspondence) is soon replaced by fear as her increasingly brittle mindset is shattered in losing her hold on the power to control others.

It ends in a climax of almost operatic absurdity, the coda that follows bleakly dark in its humour.

Any extensive Mahler 5 is barely heard – acting nothing more than a plot McGuffin (the iconic trumpet solo played off stage), whilst Blanchett’s skill as a conductor is that of an expert mimic; short cameo moments of intense gesture and accentuated balletic movement. The orchestra is on autopilot. Her piano playing seems curiously rudimentary.

Oddly then, the weakest element of the film is the music (although Icelandic composer Hildur Guðnadóttir’s score is perfectly pitched in its steely coldness).

Any extensive 'Mahler 5' is barely heard – acting nothing more than a plot McGuffin (the iconic trumpet solo played off stage), whilst Blanchett’s skill as a conductor is that of an expert mimic; short cameo moments of intense gesture and accentuated balletic movement. The orchestra is on autopilot. Her piano playing seems curiously rudimentary.

You are left feeling that Australian conductor Natalie Murray Beale’s assertion (she spent ‘weeks’ according to ‘The Guardian’ in coaching Blanchett for the part) that she now has “the tools to conduct”  is generous to say the least.

And whilst the opening (it’s a hefty 158 minutes long) is so full of verbose musical cliches, aphorisms, name checks and ‘composer facts’ that that you think that someone from Classic FM may get a screen credit, the film retains its entertaining dramatic grip.

Thankfully you leave the cinema thinking more about the attitudes towards the #MeToo movement and ‘cancel culture’ that it so intelligently broached, rather than caring in any way where Lydia Tár may well have ended up.