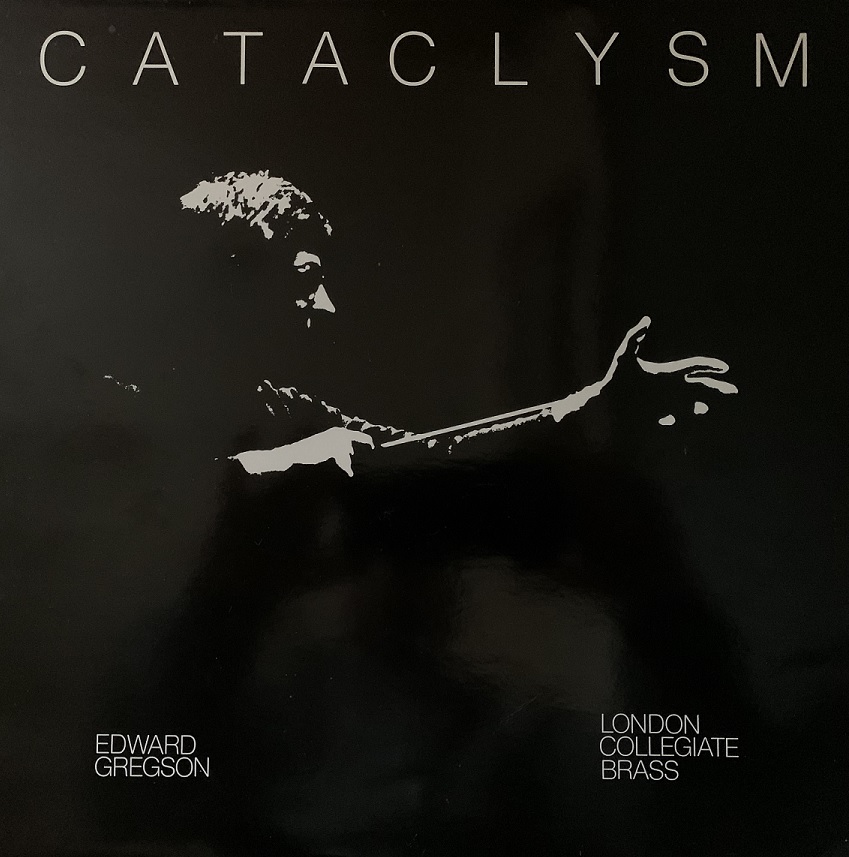 Much like Harry Back’s famous schematic interpretation of the London Underground system, the cartography of brass band repertoire is a map made up of divergent lines of musical destination.

The historic arteries of travel are well known, but every now and again up pops a tangential branch line that offers a journey into the unknown.

This LP was just that.

Recorded in 1981 over two sessions at the University of Surrey, it marked the tenth anniversary of London Collegiate Brass (formed as City of London Brass in 1972 under Geoffrey Brand); an ensemble made up of talented conservatoire students learning their craft at various stops off points along the Piccadilly or Bakerloo lines such as the Royal College or Royal Academy of Music.

Although they gained a well earned reputation for contemporary output (the recording, which is lacking a bit of acoustic reverb, featured four premiere recordings) they were also a very adept ensemble (utilising trumpets and French horns) - encapsulating 16th century chamber pieces to lollipop brass such as the inclusion on this release of Chris Hazell’s ‘Three Cats’.

It opens with Gregson’s ‘Intrada’ - an almost perfectly formed fetal mainspring (written in 1972) for his major brass band works to follow; the changing metrical patterns and motifs self-contained in a processional march structure of lissom flexibility.

There is also an academic rigour to Adrian Cruft’s ‘Essay on a Phrase’ - the phrase revealed through a series of fragments and chords structures (based on the notes A and E representing the geographical area of East Anglia where it was first performed). Commissioned by Besses o’th’ Barn it has diatonic echoes of Rubbra and Holst throughout its eloquent dialogue.

Even today it can still sound like an explosion in a Damien Hirst art gallery; a feral soundscape palette of pickled formaldehyde carcasses and multi-coloured spot drawings, chatterings and absurdities, dense chromatic spirals and punctuated uppercuts of violence - all corralled within a free-form structure that somehow, makes perfect sense.

The centre-piece is Paul Patterson’s ‘Cataclysm’ - written at a time (1975) when he was a leading exponent of aleatoric development.  It was commissioned by the National Youth Band of Great Britain, and pertinently, given this release, dedicated to Geoffrey Brand.

It followed his earlier ‘Chromascope’ (1974) also in the manner of Ligeti, Penderecki and Lutolawski in exploring various permutations and deliberate contrasts of tonality, colour, pitch, texture, notation and effect.

Even today it can still sound like an explosion in a Damien Hirst art gallery; a feral soundscape palette of pickled formaldehyde carcasses and multi-coloured spot drawings, chatterings and absurdities, dense chromatic spirals and punctuated uppercuts of violence - all corralled within a free-form structure that somehow, makes perfect sense.

Step unprepared inside the electric wire fence of a score and you can get your brain fried – but peer in wonderment for any length of time and the deliberate upheaval all connects together; identifiable forms explosively disinterred and re-imagined.

You are uncompromisingly immersed in a circular journey of the expressionist mind – still remarkably fresh and thrilling.

And very few recordings are able to still do that almost four decades after they were released.