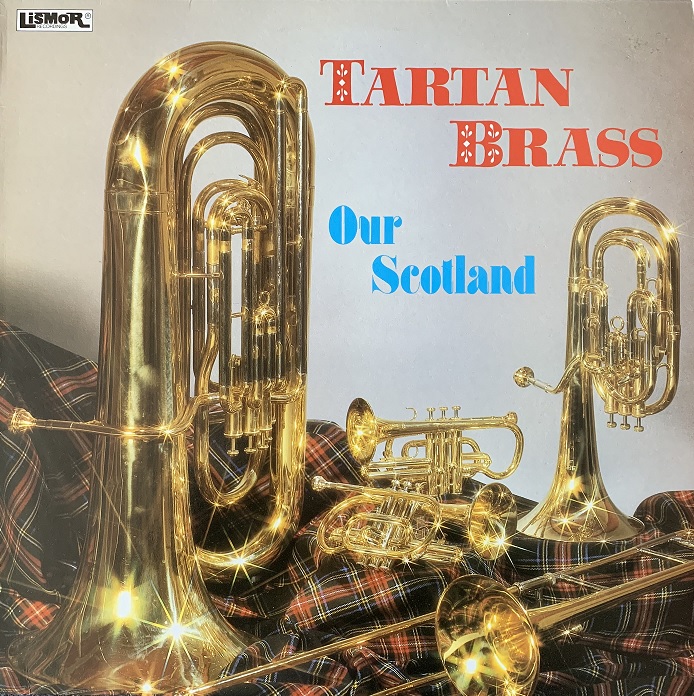 Brass bands throughout the UK can rightly argue that the general public has a somewhat hackneyed stereotyped image of what we are and what we do.

So just think who came up with the idea for this 1986 LP recording?

It couldn’t be more quintessentially Scottish if it came packaged in a tin of Edinburgh Castle shortbread (it was also available in cassette) with a ‘I’ve seen Nessie’ car bumper sticker and a fancy dress Tam ‘O’Shanter hat.

Yet, perhaps because of that, it was also a very crafty and calculating piece of 1980s merchandising (Lismore specialised in Scottish music – from Highland bagpipes and folk music to Harry Lauder and Moira Anderson).

That's because, as with many great Scottish inventions, it targeted the export market; the talented arranger Adrian Drover handpicking a dozen ‘great and romantic melodies’ (according to the sleeve notes), before wrapping them up in Black Stewart tartan and adding some glittering instruments on the cover.

As a result, historically naive Americans in plaid shorts and an appetite for all things Walter Scott gobbled them up from gift shops (including the one at Edinburgh Castle) like deep fried Mars bars from a Sauchiehall Street chippie.

They bought it by the finger lickin’ KFC bucketful.

As a result, historically naive Americans in plaid shorts and an appetite for all things Walter Scott gobbled them up from gift shops (including the one at Edinburgh Castle) like deep fried Mars bars from a Sauchiehall Street chippie.

Tartan Brass was a hybrid ensemble made up of players from Whitburn and CWS Glasgow Bands with help from a few others, put together for occasional recordings at a time when national radio output still included ‘Listen to the Band’, ‘Bandstand’, ‘Friday Night is Music Night’ and ‘The Sunday Show’ each week.

By all accounts, the Musicians Union was a bit peeved by this amalgamation band and unsuccessfully insisted its players all became members, as it emerged they received individual payment if they did a recording or broadcast.

The MD was respected Scottish conductor Robert McDowell, (whose son, ‘Bob’, featured on bass trombone, went on to become the producer of ‘Listen to the Band’), whilst the excellent soloists included a youthful Chris Bradley (now principal cornet at Whitburn), John Stark, the wonderful jazz trombonist Gordon Campbell and Alan Morrison (whose Scottish heritage was perhaps a bit more tenuous).

That didn’t really matter for the export market though as behind the sleeve cover of the kilted kitsch it’s a crackingly played easy-listening release with the inventive bite-sized arrangements (although the eminently ‘English’, ‘Lord of the Dance’ is a suspicious homage to ‘The Floral Dance’) given a cleverly realised lick of tartan paint by Adrian Drover.

So much so that when Mr & Mrs Average Joe America flew home to 742 Evergreen Terrace, Springfield with their recent ‘auld country’ heritage trip still fresh in their minds, this would have been the perfect musical aide-memoire to their thoughts of Scottish tradition as they dipped their Highland shortbread biscuits into tumblers of Johnnie Walker whisky...