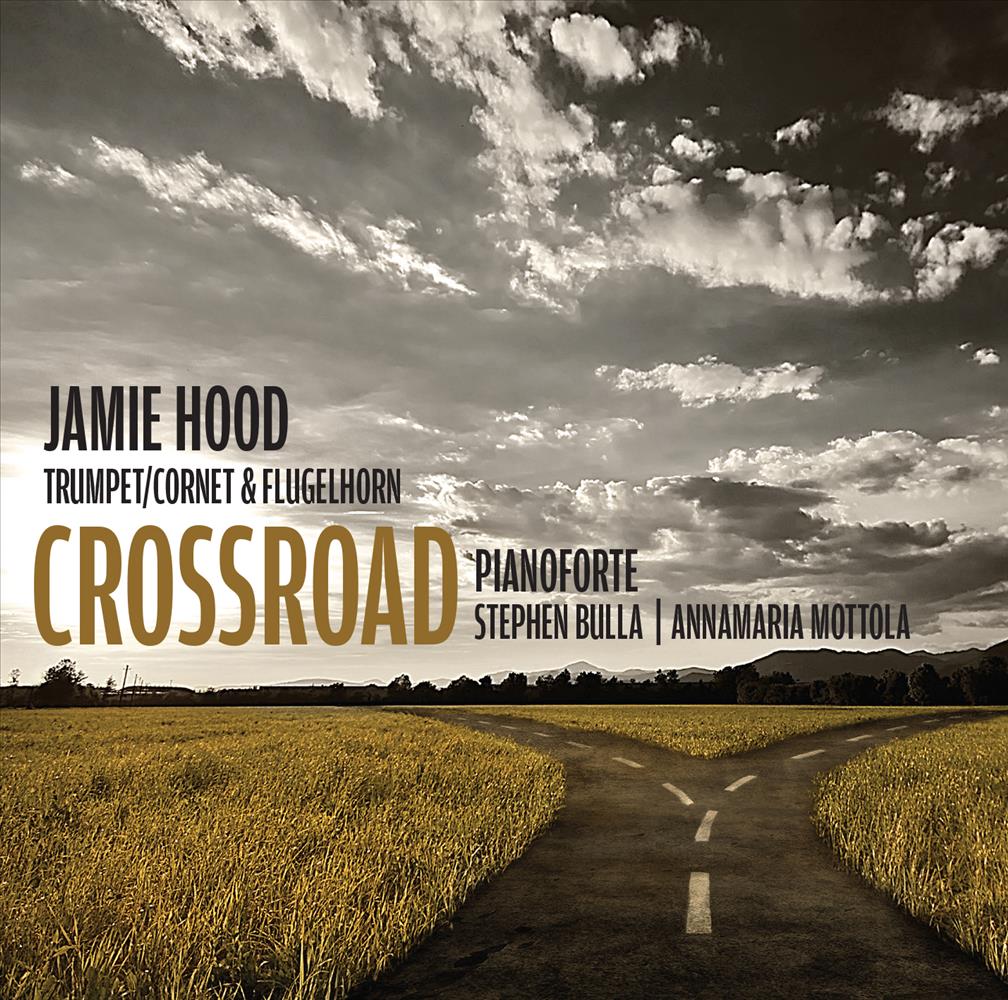 Jamie Hood is recognised in the US and Europe as an educator, conductor and cornet soloist.

Born in Scotland, he is a product of the Salvation Army banding tradition. After moving to Alsace, France when he was 14, he continued his musical education with Marc Ullrich and Philippe Litzler.

Returning to the UK, he studied at the Royal Scottish Academy of Music & Drama with Nigel Boddice and Roger Webster, during which time he played with the Co-operative Funeralcare and Kirkintilloch Bands.

After two years in Glasgow, Jamie returned to Alsace, continuing his studies with Anthony Plog and as a freelance trumpeter has performed with a number of fine orchestras both in Europe and the United States.

Given his lifelong commitment to the Salvation Army, it comes as no surprise that this second solo CD should present repertoire directly linked to the movement, blending the lyrical with the virtuosic, the sacred with secular; combining classics of the genre with newly commissioned works.

Two works from the pen of Erik Leidzen, ‘Songs in the Heart’  and ‘Tucker’, both staples of the Salvation Army cornet repertoire provide pillars of tradition supporting works by Bulla, Downie, Whitacre and a nice, bluesy arrangement of ‘Great is thy Faithfulness’  by Eric Alexander.

Leidzen’s ‘Songs in the Heart’ written in 1960 is followed by a delightful arrangement of ‘South Shields’  by Kenneth Downie, whose original work ‘Rondo for Jamie’  is also featured.

Four works by the American composer and arranger Stephen Bulla make up the bulk of the recording: ‘Spanish Dances for Two’  where Jamie is joined by his brother Marc on cornet and flugel; ‘Visions of Slane’, a flugel solo based on the eponymous 8th century Irish hymn tune, perhaps better known as ‘Be Thou My Vision’; the title track ‘Crossroad’, and ‘As Life Awakens’, a lovely subdued and lyrical flugel work.

No CD presenting American Salvation Army cornet solo would be complete without William Himes’ ‘Jubilance’ - perhaps the most well-known work, at least to non-salvationists. Here it receives an excellent performance aided by a new and very challenging piano accompaniment.

The American composer Eric Whitacre is perhaps best known for his choral work ‘Cloudburst’, but his ‘Seal Lullaby’, here performed by Jamie and Brandon Jones (euphonium), should become standard repertoire for all brass duos. With its lyrical lines and beautiful melodies it could easily be adapted for any brass duo.

No CD presenting American Salvation Army cornet solo would be complete without William Himes’ ‘Jubilance’ - perhaps the most well-known work, at least to non-salvationists. Here it receives an excellent performance aided by a new and very challenging piano accompaniment.

The finale is Leidzen’s ‘Tucker’. Written in 1931, this theme variations cornet solo has challenged generations of cornet soloists since. It is mastered here.

Throughout the recording Hood’s playing is musically controlled and lyrical. Stephen Bulla’s collaborative piano playing is also to be complimented, as is that of Annamaria Mottola.

The recording quality is excellent, making this a CD of interest and great enjoyment.