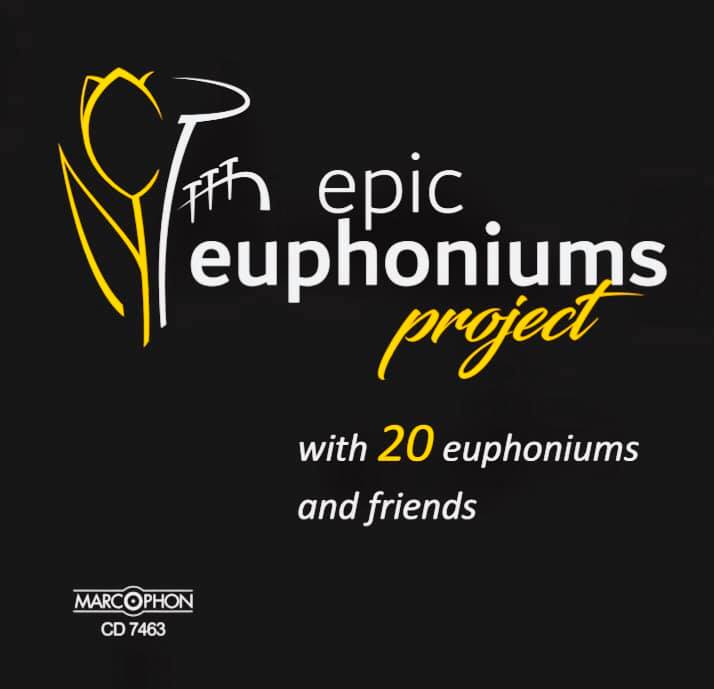 The cruel effects of Parkinson’s Disease are all too terrible for those who suffer with the illness and just as heartbreaking for those who watch their loved ones struck by it.

It is as democratic as it is demonic - no respecter of sex, age, wealth or ethnicity; a progressive neurological condition whose symptoms include tremors, slowness of movement and muscle rigidity - all of which will inevitably curtail the joy of playing a musical instrument.

This admirable recording project is doing its bit to help raise funds for l’Association Parkinson Suisee (the Swiss Parkinson Association) and its ongoing scientific research into the disease.

20 friends and colleagues led by Gilles Rocha and including many of the Swiss banding world’s leading euphonium players as well as fellow performers on guitar, percussion, vocals, piano and a brass band (Brass Band La Concordia Vetroz) have joined forces to record these dozen tracks under Bertrand Moren (who also provided many of the clever arrangements).

It’s fun as well as impressive. What’s not to like about ‘Birdland’, ‘We Will Rock You’, the theme to ‘Game of Thrones’ or ‘Happy’ by Pharell Williams at the best of times?

It’s fun as well as impressive. What’s not to like about ‘Birdland’, ‘We Will Rock You’, the theme to ‘Game of Thrones’ or ‘Happy’ by Pharell Williams at the best of times?

Elsewhere Gilles Rocha swaggers through the jazzy ‘Blind Spot’ and the engaging hybrid ‘Timeo’s Fantasy’. The happy clappy evangelical fervour of ‘Gospel Time’ and the exciting pulse of the title track are contrasted with a tender Caccini ‘Ave Maria’, sung delightfully by Carole Rey, and the familiar ‘You Raise Me Up’.

Add in a pinch of ‘Thriller’ (with an authentic touch of 80s synth playing) and a bomper march ‘Marignan', played with true Germanic pomposity, and you have a CD that you can enjoy in part or as a whole from start to finish.

All that and it helps raise funds for the worthiest of causes.