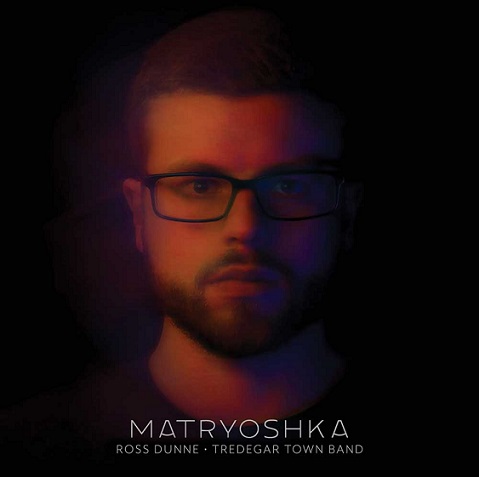 At the height of his terrifying power it was rumoured that Joseph Stalin occasionally sent close associates a ‘present’ of a Matryoshka nesting doll.

The rotund figure was painted with his inscrutable smiling face,  yet inside, instead of his politburo acolytes in metaphorical importance of potential heir-apparent size, was simply yet another smaller version of himself.

It was chilling psychological reminder to the likes of Beria, Khrushchev and Molotov that their very existence owed everything to the whims of his omnipotence. He literally inhabited their identities and destinies.

Both Jasper Dommett’s title track to this fine debut CD release, and Daniel Hall’s engaging study of the human traits of fear, isolation and dependency in ‘Forgetting How To Be: Human’, bring these mind games to the fore.

Young composers of fearless originality and high adventure, their works also send a chill, not of fear, but appreciation coursing through the veins - thanks to the soloist’s commanding virtuosic presence aided throughout by the sympathetic accompaniment of the Welsh champion.

Dommett’s is an engrossing concerto character examination; four movements gradually peeling away their inherent complexities to ultimately reveal a core identity on which the rich layers of colour, texture (including electronic), melody and pulse have been so skilfully added.

In turn, Hall gives us a gut feeling; intense, agitated, and troubled – drawing you deeper in introspection, its catatonic pulse broken only by a euphoric close.

Dommett’s is an engrossing concerto character examination; four movements gradually peeling away their inherent complexities to ultimately reveal a core identity on which the rich layers of colour, texture (including electronic), melody and pulse have been so skilfully added.

The maturity of Dunne’s musical approach is marked throughout the release; his tonal flexibility encompassing the languid Dorseyesque liquidity of ‘Autumn Leaves’  and enticing warmth of Barbara Streisand on ‘Evergreen’  that compliments the elegant shaping of ‘Lark in the Clear Air’  and ‘Rusalka’s Song to the Moon’.

The stylistic precision and clear-cut articulation shown in the ‘Allegro’  from the Mozart ‘Bassoon Concerto’  and the ‘Finale’  from the Haydn ‘Cello Concerto’  is almost a homage to his former teacher Owen Farr (both arrangements are his) – each paced with informed appreciation.

And if he ever decides the time is right to reveal the true identity of his chosen successor, then the image of Ross Dunne is already on the CD cover ready to be painted onto a Matryoshka doll.