Now or never? The British Open and the need for change. 4BR looks at the need for the world's most famous contest to reinvent itself once more. 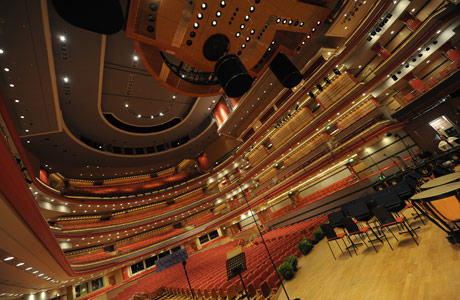 Is the British Open a contest in denial?

As stately as a galleon, it has sailed through 160 years of increasingly volatile banding seas with an outlook borne of patrician and benevolence that arguably in the second decade of the 21st century is in real danger of being made to look irrelevant.

However, despite the appearance of it being a Rear Admiral of an increasingly dog-eared fleet of domestic UK contests, it may be about to head for a dry dock refit that will see it re-emerge with an armoury of attractions that will blow any of its putative rivals out of the water.

It has done so before, and it needs to do so again.

It would take denial to breathtaking heights of incomprehension to ignore the evidence that ever since the contest found its new September mooring berth at Symphony Hall in 1996, banding times have well and truly changed - and that a long awaited reappraisal of its status as the most prestigious brass band contest in the world is well overdue.

However, that inherent conservatism that permeates almost every aspect of the British Open - from the design of the traditional souvenir programme to the Euro scepticism of its invitation policy could be about to change, and a modernisation process may well be kick-started from within its own hard working ranks.

The quiet, efficient way Martin and Karen Mortimer run this institution may seem less than radical to its critics, but the commitment to ensure the event’s future prosperity is undeniable. 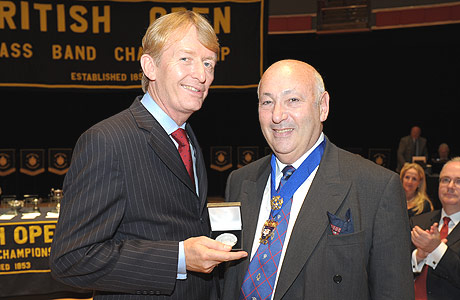 Quiet and efficient: Martin Mortimer takes note of the need to change

Opinions are sought and acted upon, amendments and changes integrated into the overall structure of both this contest and the Spring Festival.

Both are aware of the Open’s history and heritage, but also the need to move with the times.

4BR understands that there were plans to move into the technological 21st century this year, but a few gremlins put paid to that for the time being, whilst the thorny question of the Open being ‘Open’ to all parts of the banding world may also be brought back to the head of the post contest agenda.

Technological gizmos should be in place for 2012, whilst the rules now state that entry is open to ‘other countries’ not just the old Commonwealth.

The contest has woken up to the fact that reputation alone will no longer guarantee long term financial success – only proactive planning and implementation will.

An agenda for change

An agenda for change has been spearheaded from elsewhere of course – the European Championship increasingly the bespoke model for excellence and quality.

In contrast the Open has the feel of a contest that needs an upgrade.

Encouragingly, work has started – including a test piece policy that should see major new commissions back on the music stands in the next few years instead of ‘second hand’ Euro blockbusters. 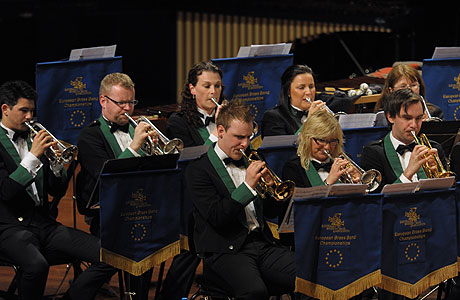 European integration: Could we Manger and co at the Open in years to come?

However, it will take more than just new music if the British Open is to reassert itself in the years to come.

Surely the time has finally come to welcome the inclusion of the very best bands across the globe - not just the old British Empire. The inclusion of the Americans of late has seemed like an overdue repayment on post war ‘Lend & Lease’.

Meanwhile, the use of ‘borrowed players’ has increasingly made a mockery of a contest that should be a paragon of ethical excellence.

The rules, set up to help bands in genuine need, are now being manipulated with a better slight of hand than Yuri Geller in a spoon factory.

The Open is looking to technology to increase its audience appeal, so in future the ‘discerning listener’ can sit in the comfort of their own home with a warm brew and still get to hear a ‘cup of tea’ band instead of missing out on the experience by being parked outside sipping an overpriced mochachino in the Symphony Hall coffee shop.

And if you are still unsure about the contest accepting the need for change, take a look around you at Symphony Hall on the weekend.

The reality of a ‘domestic’ British Open in 2011 will be an auditorium not even full for the obvious favourites, with many of the competing bands trying to camouflage their empty seats too.

The British Open has in reality always been in some state of ever changing flux - even from its earliest years, and tradition may well dictate that change when it does come will be evolutionary rather than revolutionary.

But change it must. There is no denying that.