4BR looks forward to a full weekend of music making on the banks of the River Tyne. 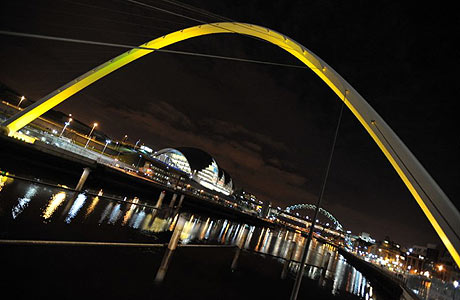 The Golden Gate of Gateshead...

Brass in Concert opens its doors at The Sage on the banks of the River Tyne this weekend, with 11 top class bands ready to impress the knowledgeable audience with their latest entertainment sets.

Amid the futuristic architecture the event will have a familiar feel, with the music making starting early with the tremendous series of ‘Taster Session’ workshops on the Saturday morning.

Afternoon concerts from the participants and the excellent Rochdale Youth Band will provide the aperitif for the evening Gala Concert, which this year features The International Staff Band of the Salvation Army and welcome returnees, Brass Band of Central Florida.

Plenty to whet the appetite before the action starts on Sunday morning then, when on the stroke of 9.30am, and following the expertly pitched introductions of compere Frank Renton, Redbridge Brass take to the stage. 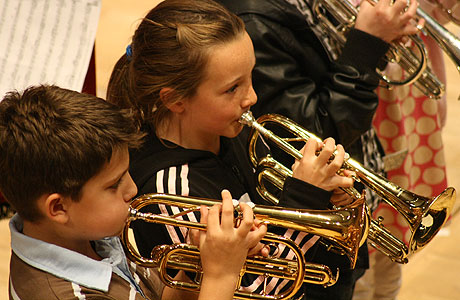 Not for the first time though, a question marks hovers over the musical identity of the contest.

Will we see a liberal desire to experiment and innovate, or a conservative stubbornness to cling to predictability and prescription?

One thing is for certain – you can’t imagine any of the bands closing their programmes with extended excerpts from John Cage’s 4’33” – as Montebello Brass did in the Elite Section of the SIDDIS Contest in Stavanger recently.

The Norwegian version of Brass in Concert is an amazingly fertile breeding ground for innovation, experimentation and downright Scandinavian bonkerness.

Winners, Eikanger Bjorsvik were inspired by such diverse musical sources as Benny Goodman and Alberto Ginastera, whilst Manger Musikklag opted for a ‘Happy Birthday’ theme that included variations from Russia, Norway, Mexico and the Monte Carlo casino.

As enjoyable as the Norwegian entertainment formula is, it remains an ‘acquired taste’ – and as the Viking bands who have made the trip over the North Sea in the last few years have found out.

The North East Brits are a tad wary of anything too avant-garde being put on their plate.

As a result, highly polished prescription rather than experimental innovation may well win Brass in Concert on Sunday – and the best British bands do know how to appeal to an audience that knows what it likes. 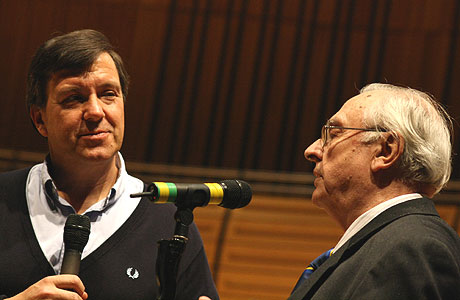 The Doctor's presence will be missed

Not a bad thing

That may not be a bad thing though – as recent experiments in trying something a little left field here have tended to come unstuck – including the rather archaic points scoring system that is in desperate need of a radical overhaul.

Still, there is plenty to enjoy, with a well planned event offering the knowledgeable audience the chance to sit back in the comfort of the plush auditorium seats and soak up the entertainment on show.

Frank Renton will as always provide the slick links and juicy bon-mots, whilst there are more prizes on offer for the contestants than a re-run of Bruce Forsyth and The Generation Game.

It’s not often you can say at a brass band contest - ‘Didn’t they all do well...’

There is a well balanced adjudication panel, with Philip Sparke and Rob Wiffen passing judgement on the musical merits, with Luc Vertommen and David Horsfield casting their eye over the entertainment.

The soloists will have to impress soprano legend Peter Roberts - a man who certainly enjoyed his time in the spotlight at this contest over the years.

Sadly, the one man who will not be here will be Dr Roy Newsome, who passed away recently. His presence will be felt though we are sure.

4BR as always will cover the contest weekend in full with our live comments and twitter feed, plenty of pics and post match analysis.

Join us for what promises to be a prescription note for a cracking weekend.