A great contest is in prospect on Sunday — even if it could end late into the night before the champion is announced. 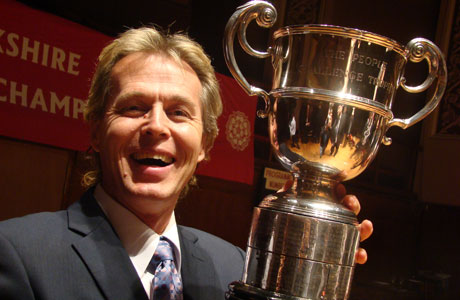 Can David King may it a Devilish hat-trick?

The climax of the whole Bradford weekend could very well blow the roof off St George’s Hall. 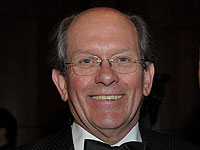 National champions Brighouse & Rastrick seek a hat trick of Area victories – only the third time it would have been achieved since 1945, whilst a batch of desperate rivals will try and claim the two additional qualification places that are up for grabs.

Frank Renton and Paul Cosh (both right) will have one heck of a task in the box to try and keep everyone happy – although you suspect both are relishing the opportunity.

Someone will undoubtedly leave St George’s Hall very disappointed on Sunday night though.

The reigning champion will come determined to write yet another remarkable entry in the David King chapter of their history book.

Last year’s winning performance was truly memorable and you wouldn’t bet against the Australian inspiring his band once more.  The Devil himself may be licking his lips in anticipation.

Who will have to make a Faustian pact to join them there though?

Black Dyke may be prepared to sell their soul to deny their great rivals – as the English National champion looks to regain the Yorkshire title for the first time since 2008.

Bradford hasn’t been a lucky hunting ground of late - no podium finish in the last three outings, so they will not want to miss out again, even if they pick out the number 1 draw from the velvet bag for a third time in four years.

Carlton Main Frickley will be looking to gain a London qualification spot for a fifth consecutive year.

2011 was a fine season, with a podium finish at the British Open and a top six spot at London, although they tailed off at Brass in Concert, and were more than a little rusty at Butlins in January when they ended a disappointing 8th against a field they really should have dominated.

The test piece discipline brings the best out of them and their MD though, so another trip to Kensington may well be within their grasp.

Grimethorpe will certainly bite your hand off for that, as they seek their first qualification spot at the Albert Hall since 2008.

The intervening years since they last won the title in 2006 have been a bit uneven, but with recent changes in personnel and MD, this could be just the right time to remind everyone that they can still whip the floor with any rivals when roused.

Last year they failed to build on a fine, hard earned qualification, losing their place at the British Open, although they did show glimpses of their true form at the English Nationals and London where they came 9th.

Russell Gray returns to lead a band more than capable of claiming another podium finish. 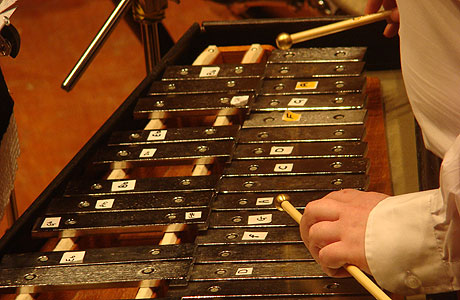 Rothwell Temperance will also be looking to start 2012 as they mean to go on, after never quite managing to fire on all cylinders last season.

6th place set the tone for what was to follow in an uneven (at at times unlucky) contesting year.

By it close they sounded in need of a break, so with time on their side since a rather dour Brass in Concert appearance they should be confident of reproducing the form that saw them claim the title in 2009.

Two bands who may be in the right stage of development to push for a first London appearance are Marsden Silver and Skelmanthorpe – both solid top level performers.

Glyn Williams led Marsden to the Senior Cup and 4th place at the Scottish Open last year, although they started 2012 with a below par showing at Butlins where they ended 9th.

In and around the top six for the last four seasons, they may fancy their chances of a possible Kensington appearance if they hit top form.

So too Skelmanthorpe, who has been a consistent challenger since gaining promotion in 2008 – ending 7th last year.

John Roberts is a canny operator at this level, and despite a poor return at the Grand Shield he will have targeted this contest to make a mark once more.

These seem to be the bands that should battle it out for the qualification places, but it would be foolish to completely write off the chances of the likes of Hammonds Saltaire.

They return to the top section after a two year rebuilding process under the direction of Morgan Griffiths came to fruition in winning the First Section and going on to come 7th at Cheltenham.

There was a disappointing result at the Grand Shield, but an early ‘Devil’ run out at Brass at the Guild Hall saw them come a close second to Pemberton Old.

They should be well prepared for what lies ahead then.

It is hard to see any of the other bands making a real impression, but it will be interesting to hear how Hade Edge, Hebden Bridge, Meltham & Meltham Mills and Wakefield Metropolitan cope with one heck of a stern test of their true top section credentials.

Hade Edge came 12th last year so will be looking over their shoulders as they hope push a couple of their rivals towards the relegation trap door.

They know they will have to up their game under Simon Wood’s baton from a disappointing 14th place at the Senior Trophy though.

So too Hebden Bridge, who will be led by the experienced Sandy Smith, He certainly knows this piece well as they look to continue their tenure at the top level after gaining promotion in 2010 and coming 11th last year.

Wakefield Metropolitan has held its own in the past two seasons, with a brace of 9th placed finishes and an encouraging 7th place at the Senior Trophy. Michael Howley takes the baton this time around.

That just leaves Meltham & Meltham Mills, who return to the elite level of Yorkshire banding – one where 130 years ago they ruled the roost.

Only the dewiest eyed romantic can see that happening again this year, but their return is still a remarkable achievement – especially after ending last year in 8th place in the First Section.

Norman Law will lead one of the most famous names in banding history back into the elite spotlight.

Whoever wins will have shed blood, sweat and a few tears in the process – that’s for certain.

Black Dyke will not want to miss out again – and we think they could well lift the People Challenge Cup once more. Brighouse & Rastrick may just be denied their place in Yorkshire history as a result, whilst a revived Grimethorpe could well join their rivals back at the Albert Hall.

Carlton Main my just miss out then if their rivals hit peak form, whilst Rothwell and Hepworth will certainly have the quality to pick up a top six finish, or better, if anyone falters.

Our dark horse is Marsden Silver.

How Yorkshire bands did in London: