4BR looks forward to the unique and lucrative Dr Martin Contest in Middlesbrough this weekend to see who may walk away with the ?4,000 top prize. 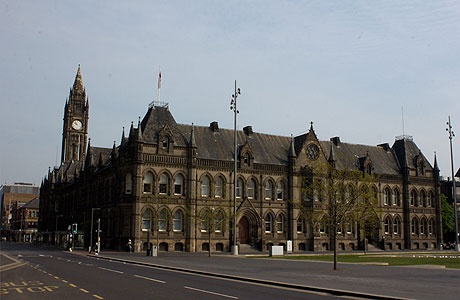 One of the UK’s biggest prize pots is up for grabs in the North of England this weekend, with 10 bands competing for the hefty cash prizes at The Doctor Martin Trust, Wainstone’s Cup Competition in Middlesbrough.

Set up in 2010 through the generous bequest made by an eminent consultant psychiatrist, Doctor Ian Martin (below), and run by the trustees of the Cockerton Silver Band, it has quickly become an important and lucrative addition to the contest calendar.

This year the unique entertainment format of march, featured soloist and own choice test piece has attracted bands from the North of England and Yorkshire to see who can boost their bank balances to the tune of £4,000 by impressing adjudicator Colin Hardy in the box. 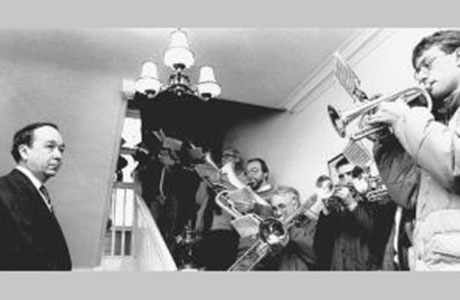 Cockerton playing for the good Doctor  at his home

The day will be packed with a wide selection of top class test pieces, with the chance to hear, ‘Electra’, ‘Paganini Variations’, ‘Year of the Dragon’, Partita’, ‘Dances & Arias’ and ‘On the Shoulders of Giants’, as well as traditional marches such as ‘Ravenswood’, ‘ORB’ and ‘Mephistopheles’ and a host of top notch solo performers too.

Inaugural winners Reg Vardy return after coming runner up last year, determined to regain the regional bragging rights after the disappointment of failing to qualify for the National Finals at the Area contest.

They have certainly brought in the big guns to conduct them after hanging on to their British Open status by the narrowest of margins at Symphony Hall, with Black Dyke Director of Music, Dr Nicholas Childs at the helm.

Meanwhile, Felling, the band that claimed the North of England title at the Dolphin Centre in March, will look to boost the coffers of their forthcoming Kensington hotel fund under the direction of Steve Malcolm.

Their 2012 form has grown with each outing, so a confident band should be looking to improve on last year’s sixth place finish ahead of their Albert Hall debut.

There is sure to be a strong challenge from local rivals NASUWT Riverside Brass, directed by Alan Morrison, as they look to build on an encouraging performance at the Masters, whilst Fishburn directed by Huw Thomas has started to find a solid vein of contesting form after a fourth place finish at the recent Land O’ Burns contest.

Rothwell Temperance will surely make the trip north determined to deliver a boost to their confidence following the disappointment of losing their British Open status at Symphony Hall.

With an eye already on their appearance at the National Finals at the Royal Albert Hall, MD David Roberts will be keen to show that they remain a potent top flight force and that Birmingham was just a temporary blip in their usually impressive contesting form. 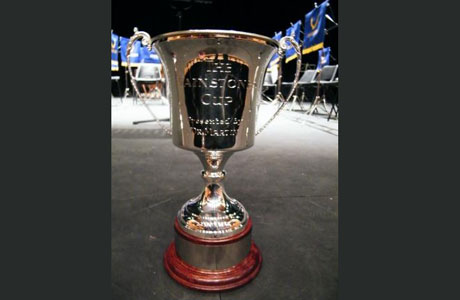 In contrast, a confident traveller is sure to be Wakefield Metropolitan under the baton of Michael Howley.

The Senior Trophy winners are fast becoming a force to be reckoned with and could well be a dark horse for a possible podium finish on the weekend.

There has been little to separate all three on their travels this year (or last for that matter) – with Drighlington gaining the bragging rights at Butlins, Unite topping the tables at Bradford and Imps showing solid form against high class opposition at the Grand Shield.

With both Unite under Derek Renshaw, and Imps directed by Dave Nesbitt having one eye on their appearances at the First Section National Finals in Cheltenham in a week’s time, Drighlington may well fancy their chances under Jim Davies of claiming their rival’s scalps once again.

Steve Jack will be at the contest to report for 4BR and take plenty of great shots of the action as it unfolds throughout the day.

In could well come down to who can muster the right mix of technical excellence and confidence boosting musicality on the day over the three disciplines of march, solo and own choice test piece.

Reg Vardy and Rothwell Temperance look to have the overall quality to battle it out for the £4,000 top prize, but both will have to rid themselves of the frustrating fragilities that blighted their recent British Open appearances.

Behind them, Wakefield Metropolitan has had a bit more time than most to prepare for their debuts here, and that could hold them in good stead, whilst Felling may well have been concentrating more on their forthcoming appearance at the Albert rather than Middlesbrough Town Hall.

NASUWT Riverside Brass has been building up a nice head of contest steam under Alan Morrison and could be worth a few bob at the bookies, whilst Fishburn and Yorkshire Imps are good each way value bets for a mention off the stage come the results.