4BR Spotlight Interview — 5 minutes or so with Jessica Tredrea

4BR's Malcolm Wood catches up with Salford University student Jessica Tredrea to find out about where her passion to be a conductor came from. 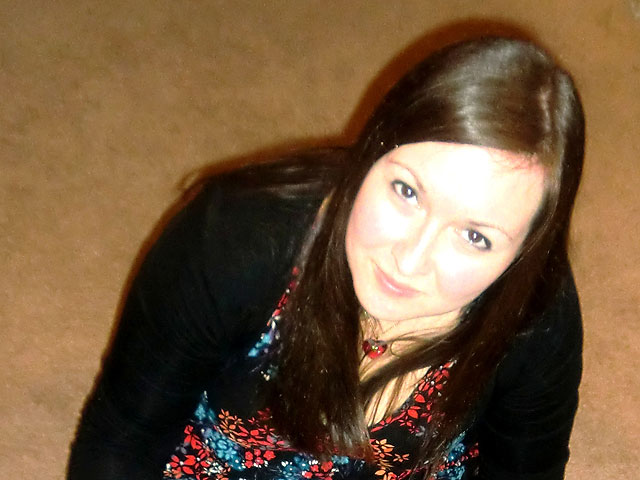 Malcolm Wood: You started your banding life as a cornet player with the Camborne Youth and Camborne Bands - but where did the urge to conduct come from?

Jessica Tredrea: I was very lucky that both bands had links with various professional conductors, so I saw what was involved from an early age.

However, I think it was my time in the National Youth Brass Band that really sparked my interest in conducting.

I was in the band when they appointed Simon Dobson as Associate Conductor. Until then, I’d always thought of conducting as something ‘older’ people did, but seeing him in action made me think differently.

After that course I went home inspired and set up a quintet made up of players from Camborne Youth Band bought my first baton and starting practising on them!

Malcolm Wood: Although you were conducting just a small group of people, did you immediately realise this was something that you wanted to get into in a much bigger way?

Jessica Tredrea: Definitely. The more I discovered, the more I wanted to know!

After about six months I realised that I was enjoying it just as much as I loved playing, and it was that which made me apply to Salford.

Malcolm Wood: Did you seek any advice about conducting and how to go about it? What did people say to you?

Jessica Tredrea: I spoke to a few people - although most importantly Richard Evans and Garry Cutt. Both were very encouraging and gave me a few pointers!

Others that I spoke to were slightly incredulous that I was seriously interested in conducting though.

I even had one ‘but you’re a girl!’- but that just made me even more determined! 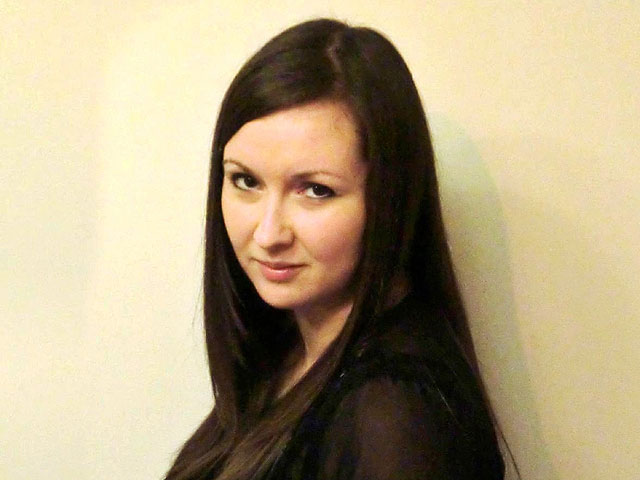 Malcolm Wood: You're now at Salford in your final year of a BA (Hons) Music degree.  Was the conducting element influential in your decision to go to there in the first place?

Jessica Tredrea: Absolutely: The conducting elective at Salford is fantastic.

The whole course has the ideal balance between academic study and performance.

Aside from conducting I'm honoured to have been principal cornet of the University Band for the last three years and have had some brilliant playing opportunities in my time there so far.

Malcolm Wood: So what does the conducting element of the course entail?

Jessica Tredrea: With regards to brass we have two bands – the Salford University Band and the Adelphi Brass Band.

Adelphi is the student conductor’s band (of which there are three). We have two rehearsals per week, one supervised by Dr Howard Evans, and the other where we’re left to our own devices!

We have assessments throughout the year which take the form of public concerts, and a final exam at the end of the last semester.

We did our final assessment for 2012 recently, where I was lucky enough to conduct the massed wind and brass bands on Leroy Anderson’s ‘Christmas Festival’ at the end of the concert.

That final chord was one of the best moments of my life! 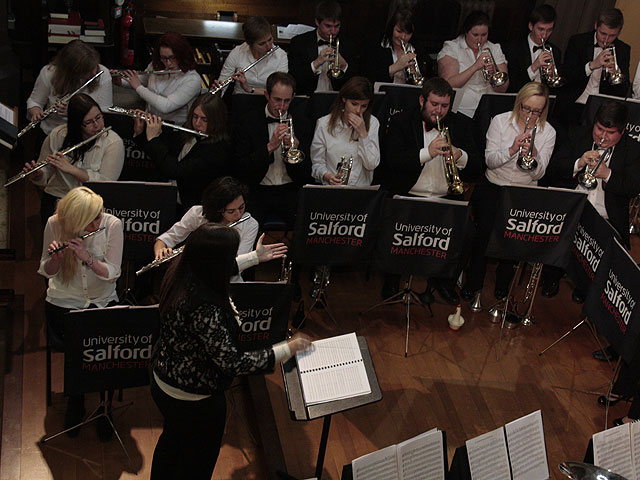 Malcolm Wood: Have you modelled your conducting on anyone in particular, or did you find yourself adapting your style and technique as you progressed?

Jessica Tredrea: Being taught by Howard Evans, I think I’ve naturally picked up a few of his techniques. He has certain ways of doing some things which I’ve tried to emulate myself.

However, at the same time he encouraged me to develop my own style.

I think clarity is so important – with all four you always know exactly what they’re asking you for as a player, so I’m aiming to achieve that with my own conducting.

Malcolm Wood: How did your appointment at Denton Band come about?

Jessica Tredrea: I actually applied for the job earlier this year, but they’d already appointed someone so I offered my services as a ‘dep’ conductor should they ever find themselves short for a rehearsal.

That situation actually came about during Easter, so I stepped in for a week of rehearsals.

When the MD resigned in October the Band Chairman contacted me asking if I was still looking for a position.

Another candidate and I took four rehearsals each over the course of a month, and after an interview it came to a band vote. Luckily they liked me best!

Malcolm Wood: For anyone new, walking into a band room can be daunting, so how are you finding it so far?

Jessica Tredrea: Daunting is certainly the word, but my degree had already prepared me so well that despite some initial apprehension I was able to go and just enjoy the experience.

I get along with the players really well, and I think almost everyone has said to me over the last few weeks how much the morale of the band has improved.

We’ve been working hard on the fundamentals, and I think there have already been some massive improvements in both the standard and consistency of the playing. 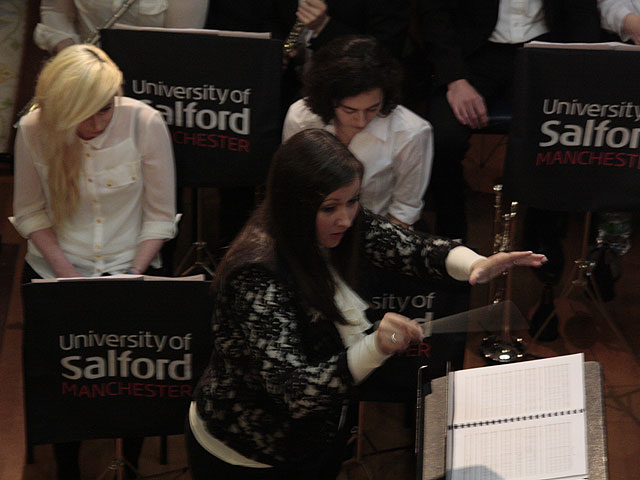 Malcolm Wood: What aims and objectives do you have for Denton then?

I know there’s a lot of work to be done, but I hope to keep steadily improving the standard of the band, with a long term aim to try and gain promotion into the Third Section by 2014 - so watch this space!

Malcolm Wood: Once your studies are over, do you have a musical career path in mind, and are you hoping that will include conducting more brass bands?

Jessica Tredrea: I’d like to do a PGCE and become a primary school teacher, whilst building a musical portfolio alongside.

Eventually the dream is to be doing enough in my musical career that I’d only need to work part-time or as a supply teacher. I’m hoping that conducting can be a big part of my musical life and I’d like to branch out into other groups at some point.

I’m actually getting some experience at choral conducting over Christmas.

However, my first love is brass bands, and right now I just want to grab every opportunity that comes my way.

Malcolm Wood: There are not many female conductors in banding at the moment, so what advice would you have for anyone thinking they'd like to give it a go?

Jessica Tredrea: Just do it. Don’t let anyone or anything hold you back.

I think that probably to some degree there will always be people with prejudices, and there’s no denying that it’s difficult to fight that.

However, I’ve found conducting to be one of the most rewarding things I’ve ever done and, no matter what, the negative experiences and encounters are far outweighed by the positive ones!

Malcolm Wood: Thanks for your time and best of luck with the remainder of your studies and your conducting.