Call of Duty — An insight into an adjudicator's lot...

4BR talks to Nicholas Garman to find out just how the adjudicator's role works and appeals to someone new to the job. 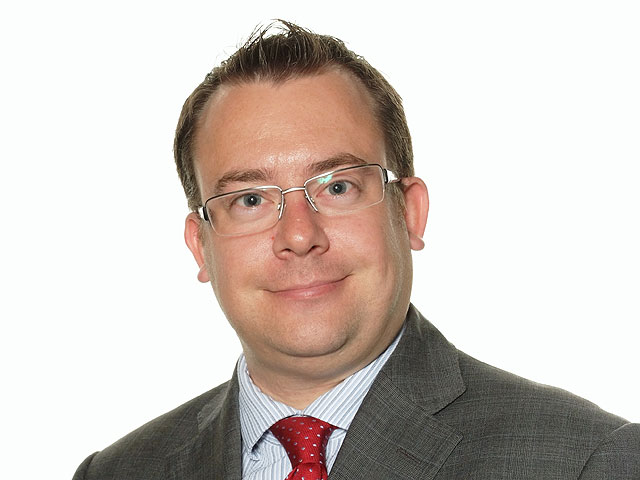 Our feelings with difficulty smother
When constabulary duty’s to be done
Ah, take one consideration with another
A policeman’s lot is not a happy one....

If Gilbert & Sullivan were around in 2013 then there would be plenty of material for the duo to delight the modern day Savoy opera goers with about the trials and tribulations of being an aspiring brass band adjudicator, let alone a local Cornish copper on the beat.

For an adjudicator’s duty when making their considered opinion at a brass band contest is sure to leave more people unhappy than happy: It’s the obvious outcome of the job - however well they undertake the task.

So who would really want to try and mix the wisdom of Solomon with the brass neck of Sir Alan Sugar and sort out the musical wheat from the chaff to come up with an end result that in theory will never please everyone who is involved?

Well Nicholas Garman (above) for one.

He’s one of the ‘younger’ musicians (aged 35) who have taken on the responsibility of putting their reputations on the line by completing the Association of Brass Band Adjudicators trainee scheme.

A cornet player with many years experience playing with the likes of Redbridge and Virtuosi GUS, he also holds a BA Honours degree in Music and is the Director of Music at Immanuel College, Bushey.

He has just finished his ABBA trainee ‘apprenticeship’ and will become a fully fledged member of the organisation that provides the vast majority of judges at brass band contest throughout the UK.

4BR asked him to give us some idea of what being an adjudicator at an own choice contest is actually like - from the time the phone call comes from the contest organisers to the moment he has to make his final decision sat in the box and then explain it to an expectant audience.

“First things first,” he told 4BR. “I’m delighted write about my own experiences and to show there really are no secrets, dark arts or conspiracies within ‘the box’.

I was recently asked by the Leicestershire BBA to adjudicate at their contest, and right from the off they made sure that I was given as much information and help about the event as I needed.

All the details of timings, venue, etc. were sorted out pretty quickly – all the essentials for the day, where I was to judge the Fourth Section.” 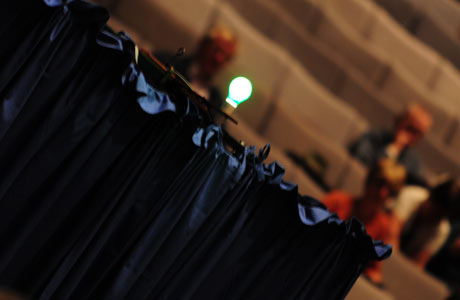 Light on and ready to go...

So with the booking confirmed, what happened next?

“About three weeks before the contest I was given the full list of own choice pieces - enabling me to make sure I got copies of the scores, listened to recordings to familiarise myself with the pieces I didn’t know, and to start making notes on each as reference points for the day.

With all the scores in hand, I was able to go into greater detail; identifying and clarifying in my own mind the instructions the composer had given (tempi, dynamics, style markings etc), as well as noting areas that stood out for particular attention in terms of technique, stamina, intonation, balance etc.

What was crucially important though - and something that has been very apparent in my ABBA traineeship period was that I had no bias towards the choices of pieces to be played.”

With so many pieces to compare and contrast, was there a template that you followed?

“Not as such, but it was important to have a consistent methodology, especially when it came to the basics of good brass band playing.

At Fourth Section level I feel this is very important - as building on those basics can produce a potential prize winning performance.

At a higher level, the methodology is slightly different as the overall level of performance should encompass greater technical security and musical insight - but it must still remain consistent.”

So on the day did you think you did that?

“I won’t give the details as to exactly what I wrote for each band, as my remarks for the contest were given to each band and not for analyses for an article such as this.

However, I hope I gave consistent, constructive and clear remarks, so that even if a band did not agree with my placings (most won’t, I know!) at least they will be able to appreciate why I awarded them the placing they received.” 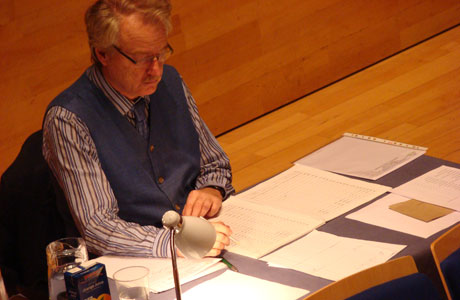 Getting the paperwork right...

Contest venues and their acoustics vary greatly, so is it beneficial to have a bit of a sneak preview before you take your seat in the box?

“Only if it can be done without risking the integrity of the contest - and only if it’s of real benefit to the task in hand.

As the Fourth Section usually kicks things off, you can just get a feel of things if you are unfamiliar with the venue before any of the bands take to the stage, but you have to be careful that you don’t put yourself in a position that may cause problems – for instance, by sitting in the audience after the contest day has started listening to other sections.

I’ve played in quite a few venues over the years on the contest circuit, but if in doubt always ask an old hand at contest control: The most experienced people tend to know more about things than you may think!” 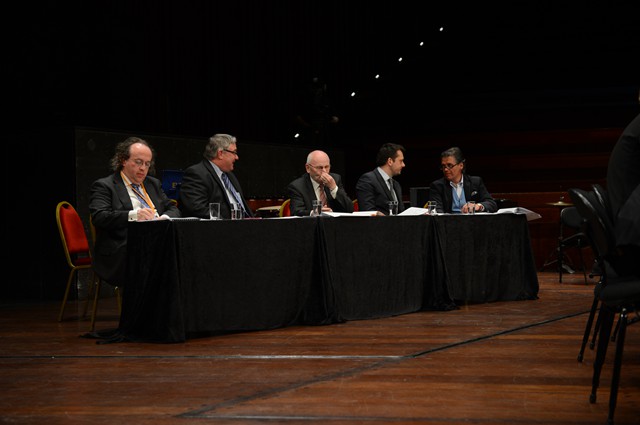 One to five: Everyone has an opinion about a brass band performance

Once in the box, how quickly and how easily does the day develop?

“Strangely, the most nerve racking point of the whole day is ensuring the paperwork you give to the contest controllers is absolutely correct. Listening to each performance requires total concentration, but that’s no good if you forget to do the paperwork properly.

Each performance must be judged on its own merits first, then compared and contrasted with those around it.

Not until I undertook my first adjudication assignment did I realise just how involved and difficult this was - especially when you are looking at the so called ‘midfield’ finishers, where differences in overall quality can be very small indeed.

You must triple check the placings against the points and against the draw order, so this is why there is sometimes quite a bit of time taken at the end of play for an adjudicator to emerge from the box.

You must also be able to compare and contrast up until that final moment when you are totally certain of your overall decision.

It’s better to be totally safe than eternally sorry!” 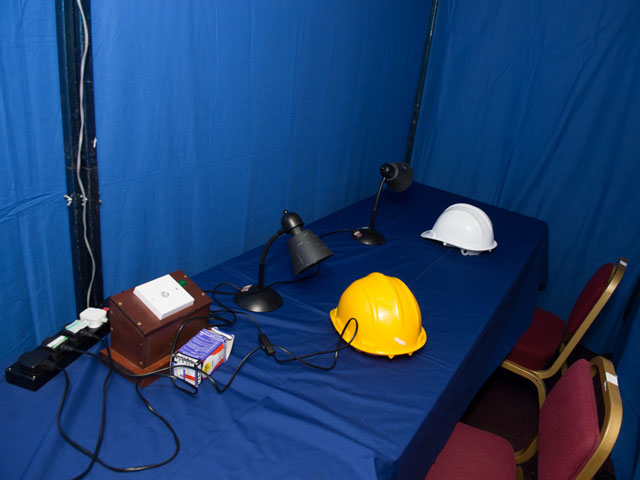 And when it comes to the traditional adjudicator’s pre-results speech, how much preparation goes into that?

“Certain things must be done as a matter of courtesy - such as thanking the bands, MDs and the organisers etc, so you must make sure they are always in place.

However, the rest can only be done from what you have heard on the day. Audiences are too savvy nowadays and recognise when a judge is coming out with platitudes to try and keep everyone happy.

I try to be constructive but realistic about the music making I’ve heard - giving praise but also highlighting areas of concern too. I think that is appreciated more than just saying how good everyone was.”

And when the results have been announced, do you welcome responses from players and conductors?

“Yes - but perhaps not straight after the results, as emotions can run a bit high at times.

I’m always more than welcome to discuss performances and accept constructive criticism in return, and if it’s done in a considered way I think it benefits everyone involved.” 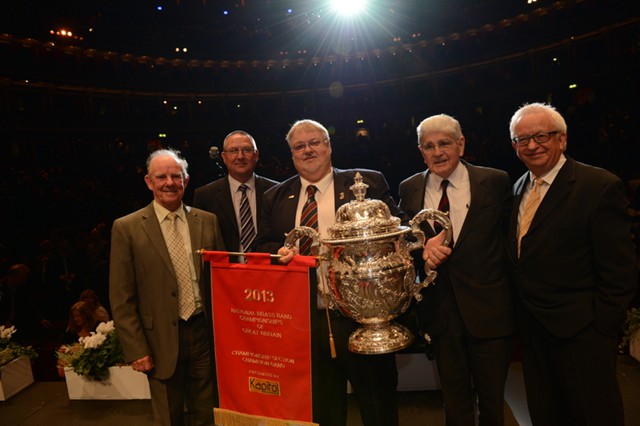 At least one band is always happy with the judge's result...

So do you now appreciate the job more now that you have experienced it first hand?

“Certainly - but thanks to the excellent ABBA mentoring process which enables you to sit and shadow the likes of David Read or have your remarks scrutinised by Alan Morrison or John Roberts, you soon find out the right and wrong ways to go about things.

ABBA is seeking a very high level of professionalism and consistency from its members - and completing the scheme has certainly helped my achieve that.”

With that in mind, it seems Nicholas Garman is one adjudicator who is certainly enjoying his lot....