The pit wheels may have finished turning, but Thoresby Colliery Band heads towards a bright new future. 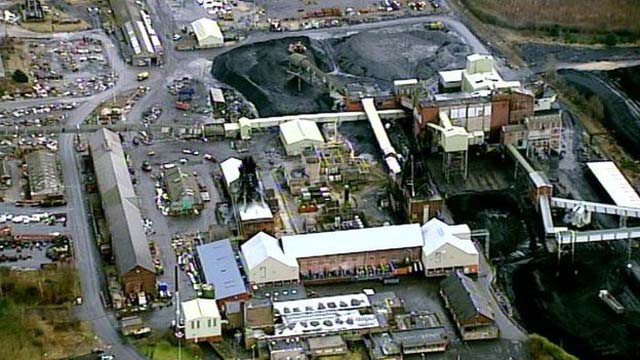 In 1925, the first shaft of Thoresby Colliery in Nottinghamshire was sunk to a depth of 690 metres (2,260 feet).  It enabled a rich seam of coal to be tapped, which for the next 90 years saw it become the focal point for the local community from which it obtained its labour.

Nationalisation in 1947 saw its output increase, and with its future secure, the NCB management decided to support its own brass band. The following year, Thoresby Colliery Band was created in the village of Edwinstowe - and for over 60 years it proudly carried the name, until in July 2015, the pit closed.

It also signaled the end of a unique industrial link to community music making - not only in Nottinghamshire, but in the UK. Thoresby was the last coal mining band in the country - one which could still boast working deep-pit miners in its ranks.

However, amid the media reports of the bleak economic consequences of losing over 350 highly skilled jobs, the future of Thoresby Colliery Band was almost forgotten: There were deep-seated concerns that the bandroom doors, which proudly displayed the logo of two lions rampant, holding a shield with images of the headstocks and a tree, symbolising both its heritage and location, would also be closed for good.

Thankfully, and with an immense amount of commitment, determination, skill and talent, the future of Thoresby Colliery Band (the name kept to retain a link to a proud mining heritage) is almost as bright as the unique orange lapels on their band jackets.

However, before anyone becomes misty-eyed over a romanticised notion of a Midlands version of ‘Brassed Off!’ they should think again. 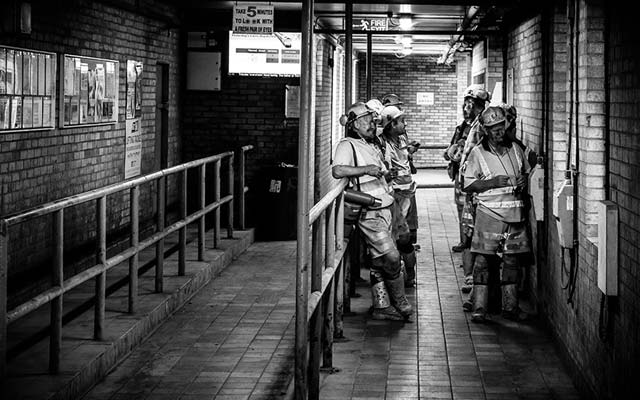 The demise of coal production was long and painful - and the reality of trying to run a brass band with ever-decreasing support from an employer that had long ended its paternal patronage (coal mining was re-privatised by the mid-1990s) as the pit was repeatedly down-sized, was equally as hard and testing.

Funding sources became increasingly difficult to find as ancillary mining industries declined; although temporary sponsorship from the likes of UK Coal, RJB Mining and Joy Manufacturing (whose black and orange contest livery has been retained) enabled the band to bridge the period from sponsorship reliance to becoming fully self-supporting.

It has not been easy though: Thoresby was no Grimethorpe Colliery Band. Successes have been sporadic over the years - from winning the Midlands Area Fourth Section title in 1951, to the Grand Shield and Second Section National titles in 1969, Midlands Region Championship in 1977, First Section National Championship of Great Britain in 2000 and French Open in 2003. 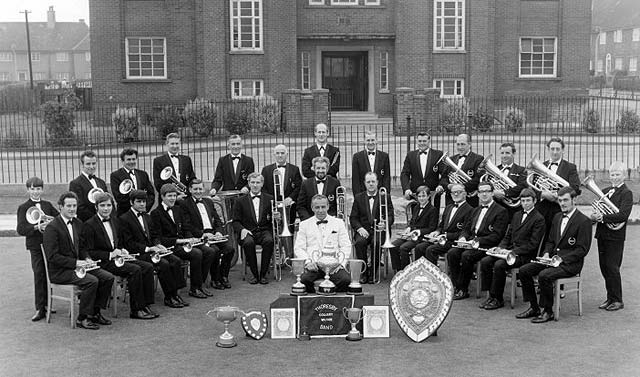 There have been glories and near misses along the way; top-six finishes at both the British Open and National Finals at the Albert Hall, CISWO and Pontins regional titles, but there was no easy media- inspired fix to exploit - no pyrrhic victory against the odds to hang an enduring  ‘mining legacy’ on.

Because of this, the band knew their future had to be fought for: Contests results varied, yet commitment never waned.

Despite the closure and subsequent demolition of their original Miners Welfare bandroom in Edwinstowe in 2012, the tenacity of Band Chairman George Kennedy, saw them secure a new home in the National Trust owned, Hardwick Village in Clumber Park, where a converted barn now serves as the bandroom as well as the village social club. 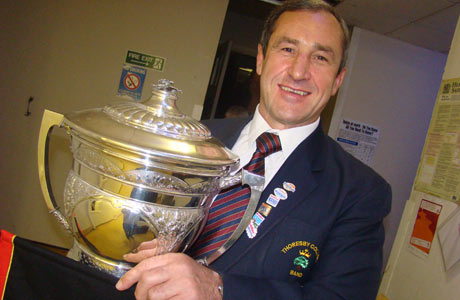 One of the last: Dave Howells with the Butlins Entertainment Trophy in 2010

They also had to overcome the loss of players; the most poignant, the departure of Dave Howells, the band’s respected tuba player and contest secretary. A miner until the day the pit closed, he retired to enjoy a well-deserved break in the sun in Spain.

The determination not to become a name chiseled into the obituary columns of banding history has fuelled their competitive drive - as has a realistic approach to the administration of running a top-flight brass band.

A strongly focused management team now undertakes the day to day running of the organisation; ensuring rehearsals are full, MDs are appointed for the appropriate jobs and concerts and contests sought and planned.

Enjoyment as well as hard work is now brought together, as solo trombone and Band Operations Manager, Rich Walker told 4BR: “It’s important that players can focus on what they do best and enjoy what they are doing, whilst others can concentrate on the organisational structure.

We are all proud of our banding heritage, but know that it can only be developed if we utilise our communal strengths and expertise in all areas - not just playing.   We want to engender a work and fun ethic that carries the band’s name on for years to come. It’s as much a draw to me seeing people have a good time as well as the great playing we seem to be doing at the moment.”

Solo euphonium and Band Manager Ian McCormick agrees: “It makes it easier to plan for the future when things are running well.  Over the years we’ve stumbled from crisis to crisis and we now have an even keel and a strong, ever-increasing core of committed players.”

He added: “There is now a very good supporting team of Charlie Kennedy, Claire Taylor, Andrew Bevan and Emma Ramplin making sure things such as concert and contest management and PR are all in good hands. It’s made a huge difference.” 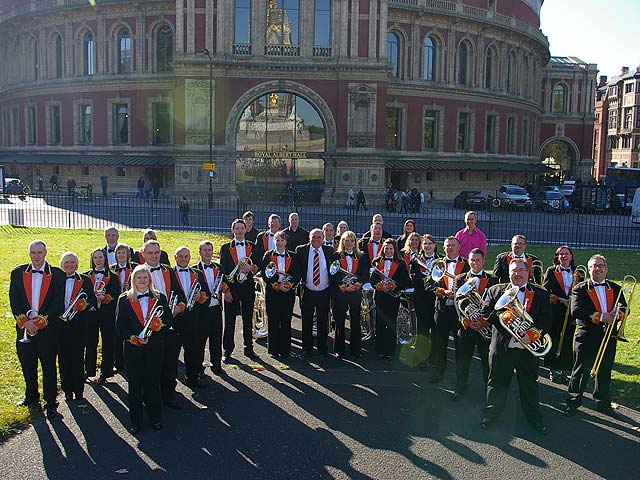 Over recent years the band maintained its respected top flight credentials through links to the likes of Philip Harper, Ian Porthouse, Brian Grant, Melvin White, Martin Heartfield and Leigh Baker, but a new triptych of experienced appointments made in 2016 has proven inspired.

Ian McElligott was appointed Professional Musical Director, with David Holling as Resident MD, whilst, Stan Lipppeatt, who has a family connection with the band going back well over half a century, accepted the role as Associate MD/Festival Director.

2016 could not have got off to a much better start, as a rejuvenated band claimed runner-up finishes at the Brass at the Guild contest in Preston, and more significantly, at the recent Midland Regional Championships in Bedworth - a result that sees then return to the Royal Albert Hall for the first time since 2011.

As Ian McElligott told 4BR; “I’m flattered to have been given the opportunity to direct such a hardworking, committed band. Their attitude is superb and the future looks very good indeed.”

Meanwhile, that musical link to their proud past has also given them a huge boost as Ian McCormick added:  “Stan has been our guest conductor at a number of rehearsals and we have thoroughly enjoyed his humour and experience.

It’s inconceivable to think of Thoresby without the Lippeatt name associated in some way, so it’s wonderful to have Stan back with us once more.” 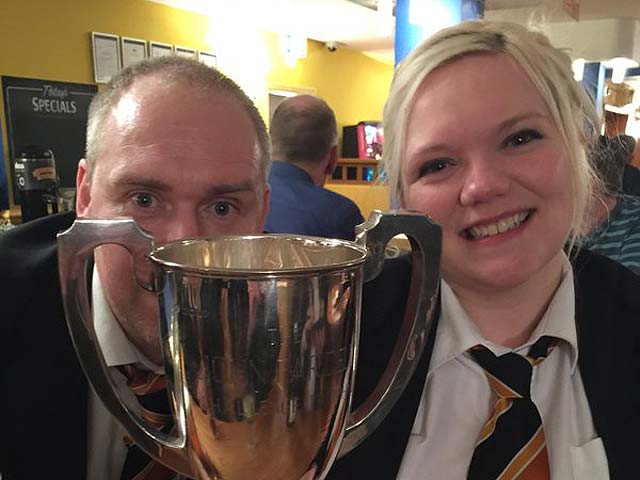 Silverware to fill one more at the 2016 Midlands Regional Championships

Thankfully, the future is bright for Thoresby Colliery Band despite no longer having a direct link to the mining industry Rich Walker added: “We are very proud of our heritage, but determined to create our own future as a self-supporting community band. The name lives on - but in a different guise.”

And with a recently formed relationship with the Nottinghamshire Freemasons, an increasingly busy concert diary, a great new bandroom base, an ambitious, hard working management team, talented players and  major contest appearances  to look forward to, that future looks to be one that others can be inspired by too.