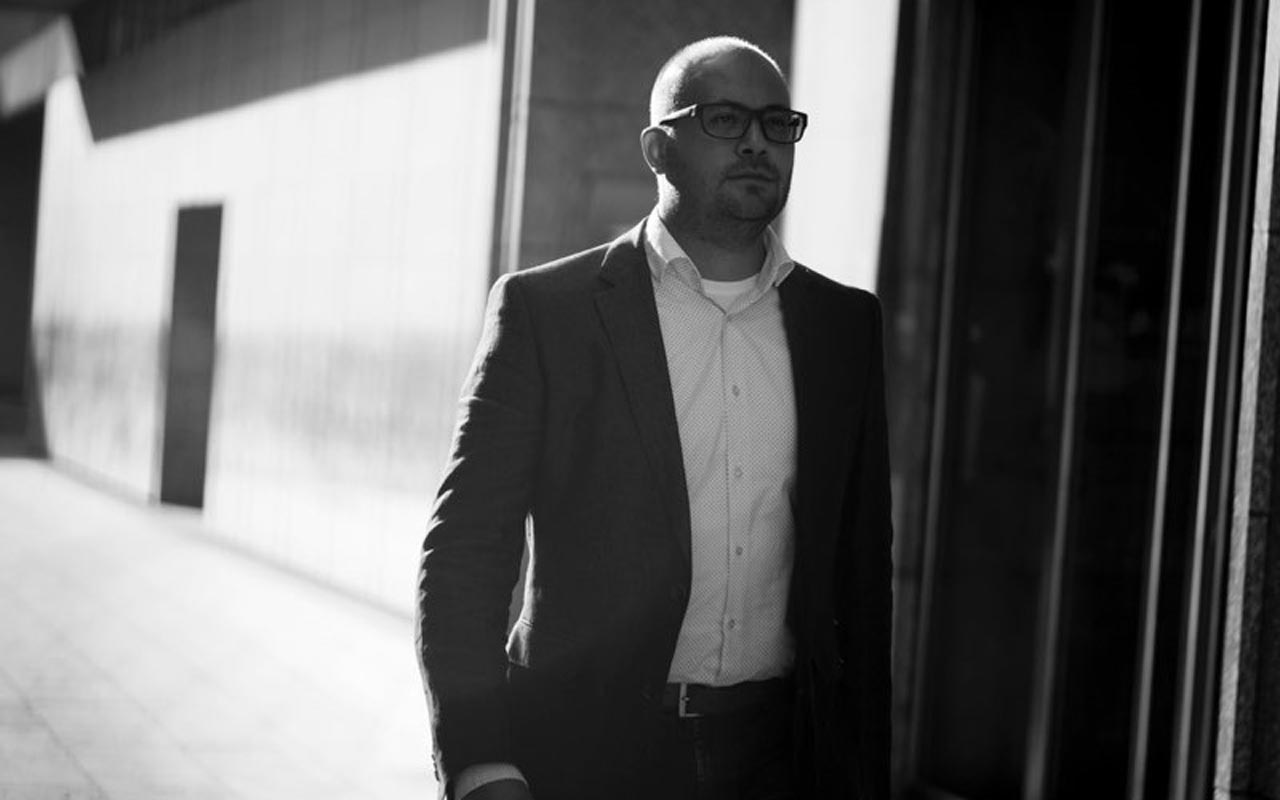 Kevin Houben is no stranger to brass bands. The award winning composer (born 1977) has already written a number test-piece works such as ‘Arcana’, ‘Lake of the Moon’ and ‘Abaddon - The Dark Angel’, which have been well received and enjoyed by players and listeners alike. He has also conducted at the Belgian National Championships and will soon adjudicate at the World Music Contest in Kerkrade.

He studied at the renowned Lemmensinstituut with Léon Pétré, Jan Van der Roost and Edmond Saveniers and continues to conduct several wind orchestras and orchestras. He has won a prestigious BUMA Brass award and was the EBBA Composer Competition winner back in 2006.

‘Where Angels Fly’ was commissioned by Vlamo (Flemish Association for Music Bands and Musicians) for this event, and is dedicated ‘In loving memory’ to Jesse Lefebvre, who was the son of his best friend, and who died suddenly while he was working on the piece.

As a result the work is a very personal, emotive expression that encompasses both the celebration of life as well as that of its seemingly unexplainable loss. It is prefaced by his quote: “How do you say goodbye to what is not, cannot and never will be?”

As a result the work is a very personal, emotive expression that encompasses both the celebration of life as well as that of its seemingly unexplainable loss4BR.

Gilson (1865-1942) is revered as the ‘Father of Belgian wind music’, and it is his originality and traditional sense of open tonality that Houben explores without recourse to pointless pyrotechnic tricks or needless artifice in what is a demanding work of substance and style.

Although the use of a cipher has been employed many times before in works for the brass band medium (including ‘Chain’ for this event in Belgium in 2002 and ‘From Ancient Times’ written for the 2009 Championships by his compositional mentor Jan van der Roost) here it can be heard throughout in various fragmentary guises. It is the almost transparent glue that binds the work together.

‘Where Angels Fly’ opens with a sparse tuba foundation on which the euphonium and baritone initiate the first variant of the cipher motif. Small, integral elements are further explored with careful consideration (with a respectful nod to Jan van der Roost) with the appearance of the first and then the second phrase of Gilson’s ‘La Prière’.

Houben also allows the thematic material to develop organically; building and releasing tension from contrasting moving and static elements that contain detailed rhythmic pulses and muted timbres. The music moves forward with bubbling energy and enticing invention (and perhaps even a little nod of unconscious apperception towards Gilbert Vinter with a hint of red tinged ‘Spectrum’).

The central flugel and horn solo features are moments of simple reflection - certainly not overt spasms of misplaced lachrymose indulgence. They are touching personal tributes to the chorale and loss of his friend’s son.

It is followed by two sections of contrasting ensemble writing – the first a powerful grand tutti topped by the piercing soprano: The second, after a short, startling break, a finale of uncomplicated increasingly powerful driven power that is full of drama and darkly chorded torque that finds its own way to an immensely satisfying climax.

It brings to a close a refreshingly uncomplicated work that wears it heart on a considered technical sleeve of engaging musicality.