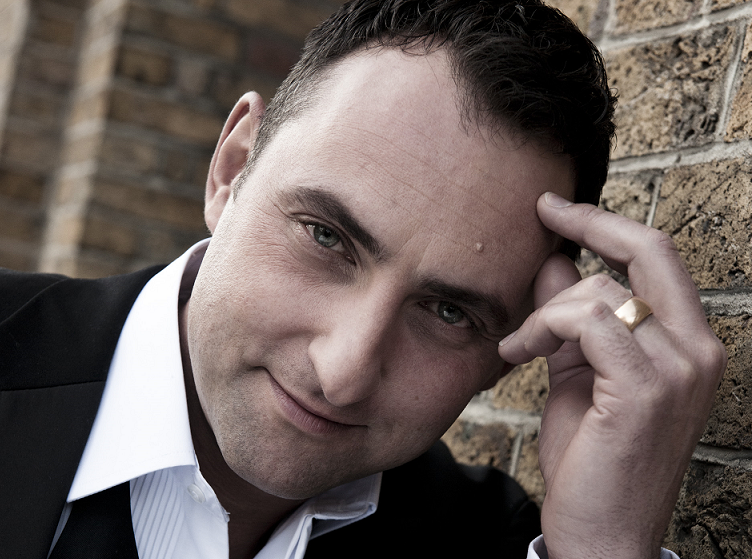 Thanks for talking to 4BR Matt and congratulations on the release of the 'Memories of Christmas' CD with Foden's.

Thanks. We’re very proud of it.

You are acknowledged as one of the finest ‘Big Band’ singers in the UK, but how did your early musical life progress?

I started performing in 1989, when a friend, who knew I was interested in singing, put me forward for a charity show at a local social club.  The resident Entertainment Secretary attended the show and offered me some gigs.

I then sang on the local club circuit for 10 years or so and in 1996 I appeared on the television show called 'Stars in their Eyes', performing an impression of Harry Connick Jnr.

I was spotted by the leader of a big band and given a couple of gigs and at one of these that I was approached by a member of the Syd Lawrence Orchestra Society who suggested I ask for an audition.

I auditioned a couple of times and ended up touring with them for 5 years, leaving in 2005.  That was quite a learning curve. Whilst touring with them I met John Wilson, who later invited me to perform with his orchestra.

That was not so much a learning curve as a vertical line!

Did you always know you would like to be involved in music in some way?

I wouldn't say I was surrounded by music as a child, but my maternal grandparents were trained classical singers.  They weren't professionals, but they enjoyed singing around the house and at local clubs.

My parents only had a handful of records, but were very keen amateur dramatists and both performed regularly in local theatres, and so theatre and performance became normal things to us.

A friend of my father, a chap called Norman Hussey, used to sing around the local clubs when I was a small child.  I thought he was super cool.  It was like having Dean Martin in the house when he visited! I got a lot of my inspiration from him.

A friend of my father, a chap called Norman Hussey, used to sing around the local clubs when I was a small child.  I thought he was super cool.  It was like having Dean Martin in the house when he visited! I got a lot of my inspiration from him.

I actually graduated as a Secondary School PE and Science Teacher, but my love of singing and music meant I didn't do that for long!

How did the association with Foden's come about?

I've been working with John Barber (Foden’s solo trombonist) for 13 years or so, and we've become good friends.  He's invited me to work with the Sandbach School Big Band, has worked with my big band, and is always looking to create opportunities.

John mentioned the possibility of collaborating with Foden's a while ago, and he's the sort of person that makes things happen - so here we are!

What was it that appealed to you about working alongside a brass band?

Embarking on any new project is both exciting and challenging, but I heard Foden's play at John's wedding and their sound blew me away.

I'd never heard dynamic control like it! One minute as loud as a rocket and the next as quiet as a whisper.

Prior to Foden's, did you have an opportunity to both perform and listen to brass bands?

Some years ago I sang in a concert where the first half was played by the Blackburn & Darwen Band.  I was due to perform in the second half (with a different band), and went out front to listen as I'd never heard a brass band before.

Wow! The 'wall of sound' blew me away. 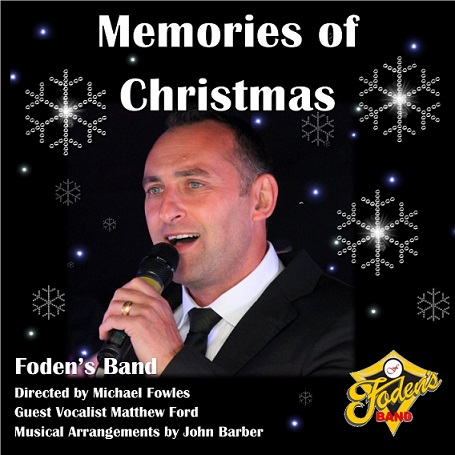 So how did the Christmas theme repertoire and CD materialise?

The Christmas theme was the first idea John approached me with.  The repertoire was decided mutually.

The Foden's musicians are keen to play styles and tunes outside their usual repertoire also, so it all tied together nicely.

The swing style was decided upon not just because it's what I do,  but it's also something you don't hear brass bands play very often - so it not only presented a challenge to the band, but a new listening experience for the audiences.

The Foden's musicians are keen to play styles and tunes outside their usual repertoire also, so it all tied together nicely.

The musical arrangements have been done by John Barber. Did you spend time together discussing things or did you just leave him to come up with something for you both?

He's quite a talent isn't he!

John and I discussed what tunes might be nice to include, and then targeted versions that we both liked.  Once these had been decided upon he got to work arranging/adapting them for the brass band line up. 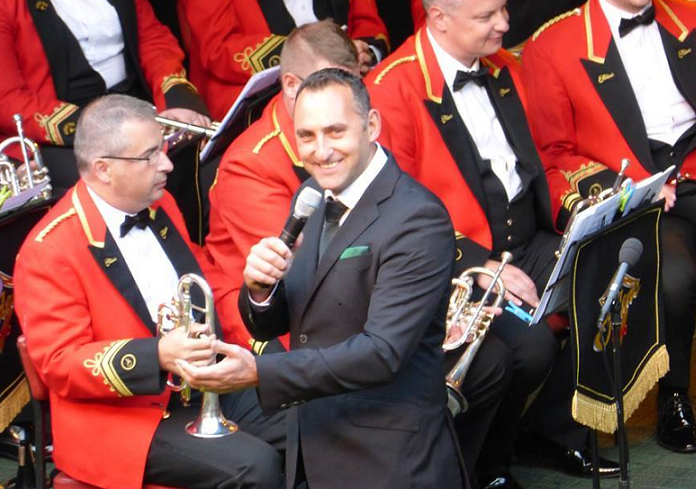 The CD and the concert tour before Christmas seemed to be great fun for you and the audience. Was that an essential key to its success?

We're in the entertainment business, whether we like it or not!

The days of attending dry, educational 'concerts' are numbered.  Look at what we're all competing with on television!

Our performances have to be shows now. I'm not saying we need pyrotechnics and key changes every 30 seconds, but we have to try and keep pace with how music and entertainment is consumed in modern society.  If we don't we'll never attract new audiences.

A little humour and a light-hearted approach, whilst still keeping our standards as high as possible, is our way of doing that.

In addition, I'm lucky enough to do what I love doing as an occupation.  I appreciate that not everyone has that opportunity, so I make the most of it whenever I can.

What new musical directions can you see yourself and the band taking in the future?

There are a number of exciting ideas in the pipeline.

The first is a return to Gawsworth Hall later this year for our new show celebrating the great Frank Sinatra and the ‘Swing Legends’. 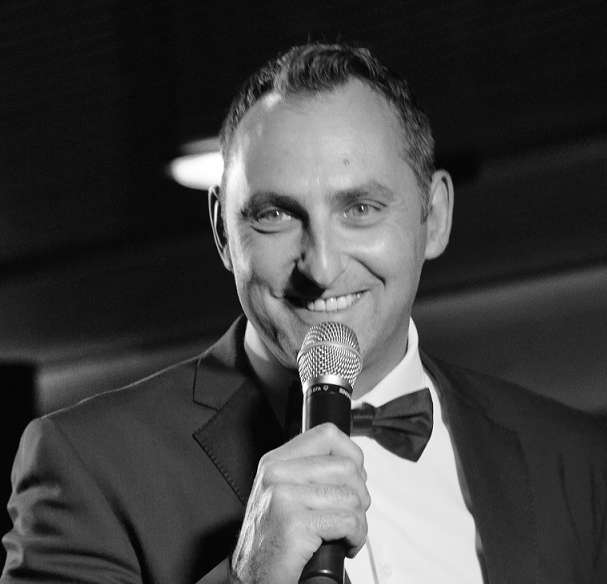 I have some great work coming up including a nationwide Frank Sinatra tour, a Welsh Proms appearance, a couple of trips to France performing the songs of the James Bond films, and lots of big band guest spots.

I have a new album coming out in the spring, recorded with the Tippett Quartet and Matt Skelton Quintet, so there'll be some festival appearances to go alongside that.

Long term I'd like to expand my overseas work with guest appearances in Europe and beyond... so watch this space!

Brass bands are sometimes stereotyped outside of their idiom, but this partnership has created an opportunity to attract a new audience.

How important is it for the partnership with Foden’s to push the musical boundaries and what advice would you offer to any organisation who wants to introduce others to new styles of music?

We simply can't sit on our laurels.  There isn't one part of the music business that doesn't need to constantly progress to stay relevant and vibrant.

That's not to say we have to 'dumb down' or be 'lowest common denominator'.  There's always room for a high quality product.

We simply can't sit on our laurels.  There isn't one part of the music business that doesn't need to constantly progress to stay relevant and vibrant.

The packaging of the product is the thing that has to change in order to attract new consumers.

I'd advise organisations to go for it, take a risk, but keep the quality high.  You'll always get the odd moan and groan from traditionalists.  The key is to get the balance right. 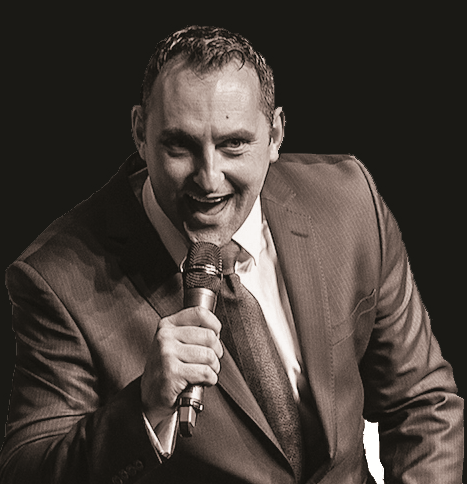 If you have three tips for young musicians/performers starting out on their careers, what would they be?

I get asked this a lot!  I usually only talk about singing as this is the area where I have experience, but I guess some of it could apply to musicians as well.

1. Be prepared – an make sure you've done your groundwork.  If you're going to stand up in front of any band, let alone a paying audience, you need to be confident in not only your ability, but also your material.

Nothing is guaranteed to annoy musicians more than when a singer doesn't know their words/tunes.  Words and tunes are what we do, so work hard at it!

If we keep undercutting each other to get the gig, eventually the gig is worthless, and so too is our product.  Once there's no value in what we do, the business is finished.

2. Give the same effort for every gig.  Whether it's in the local social club or the Royal Albert Hall, everyone in the audience has equal rights to your best performance. Plus, you never know who's in!

3. Don't sell the business short by undercutting!  This age old problem continues to kill off our industry.

If we keep undercutting each other to get the gig, eventually the gig is worthless, and so too is our product.  Once there's no value in what we do, the business is finished.

If you're told 'the gig doesn't pay what it used to', think carefully!

To find out more about Matt Ford go to: http://www.matthewford.info/

To purchase Memories of Christmas go to: http://shop.fodensband.co.uk/