2018 Austrian Nationals Championships
As it happened

All the action from the 2018 Austrian Nationals Championships — As it happened. 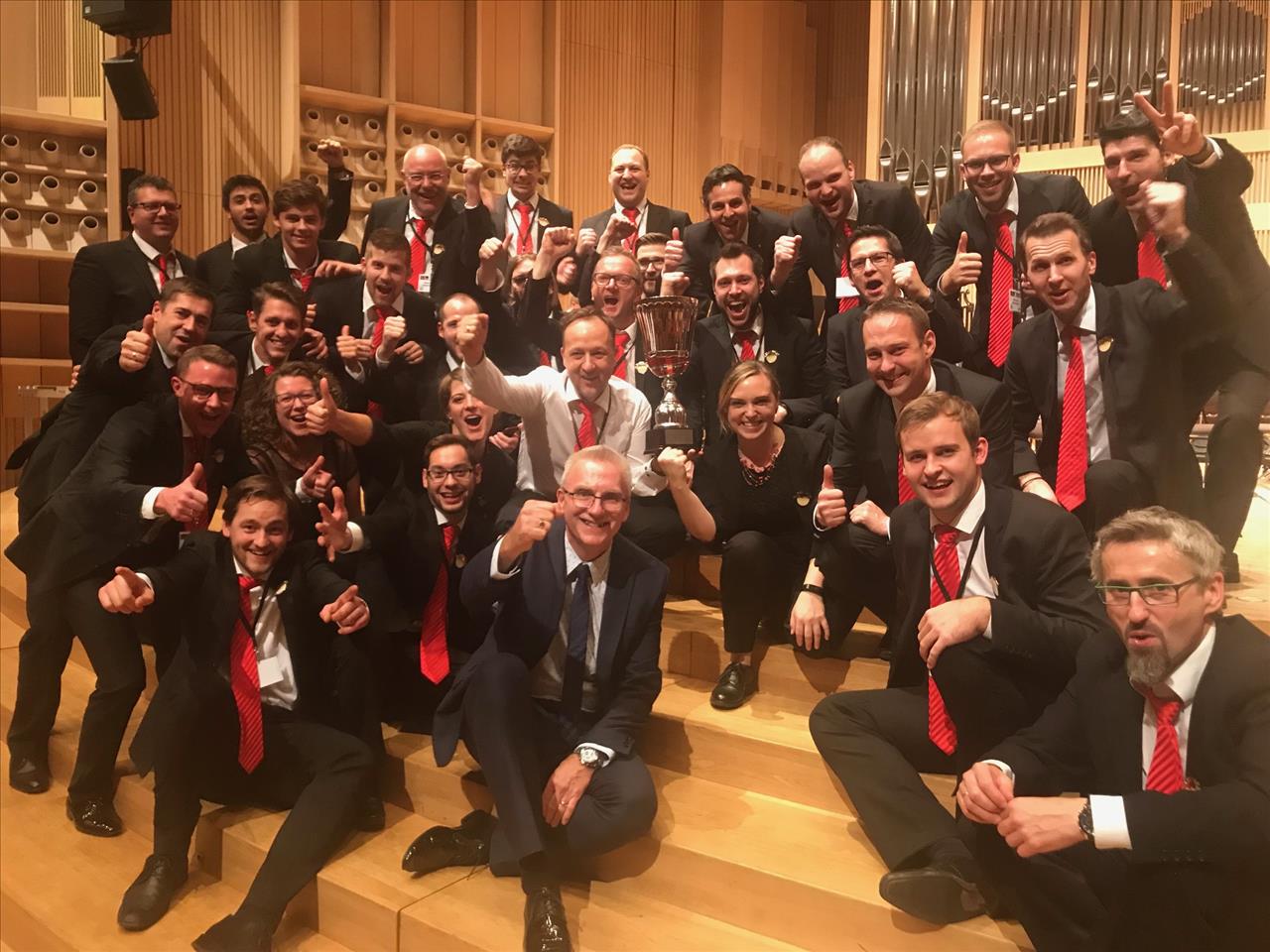 *Will represent Austria at the 2019 European Championships in Montreux 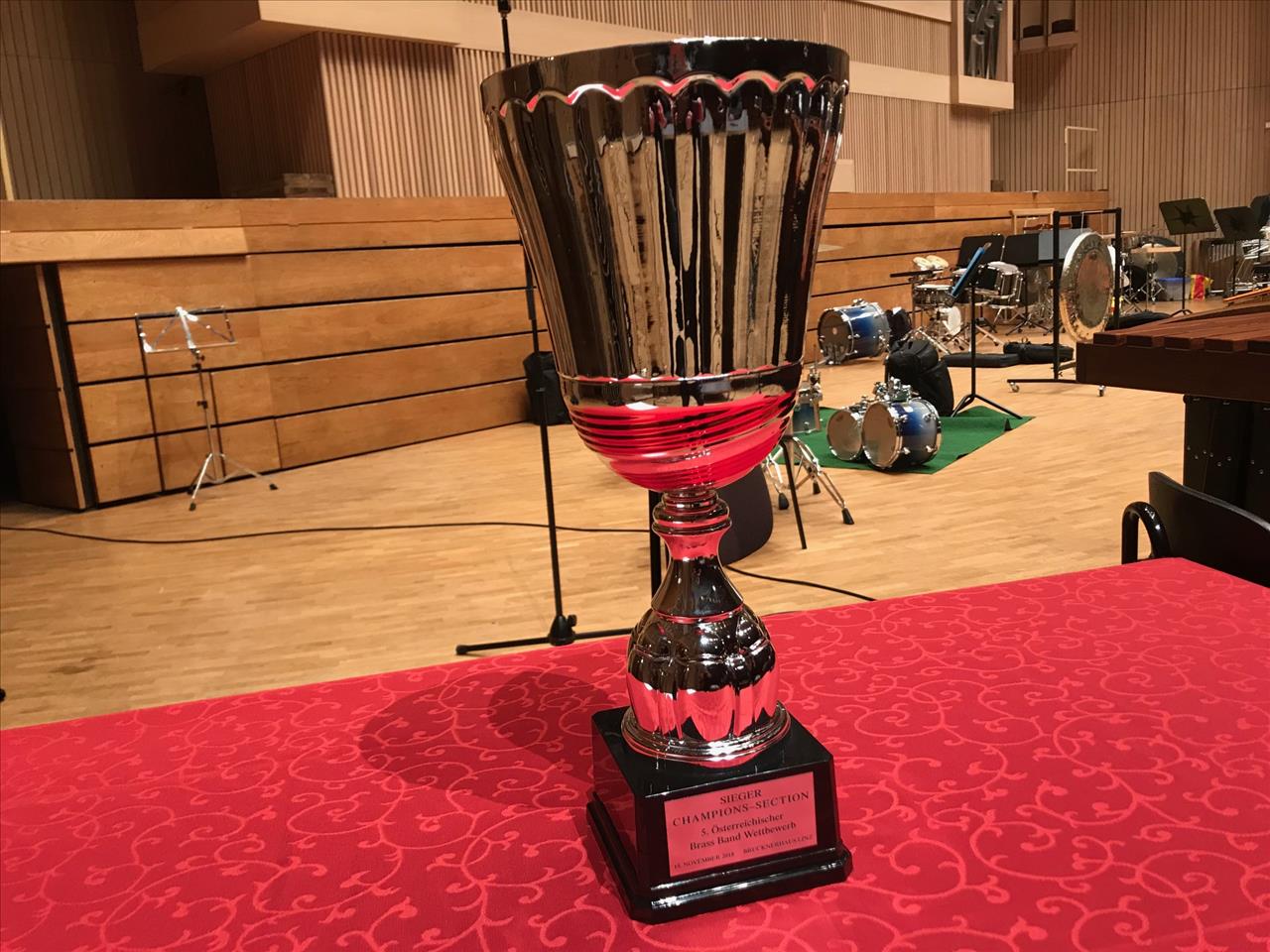 Only four bands, but eight perform news of note — even if the quality do vary at times.

Brass Band Oberosterreich had the polish to go with the technique and musicality, but they will be pushed by Brass Band Froschl Hall for certain. Two experienced brass band conductors made all the difference with them today.

It's close between the others two as well, but the title we think will be heading back to the former champions tonight. 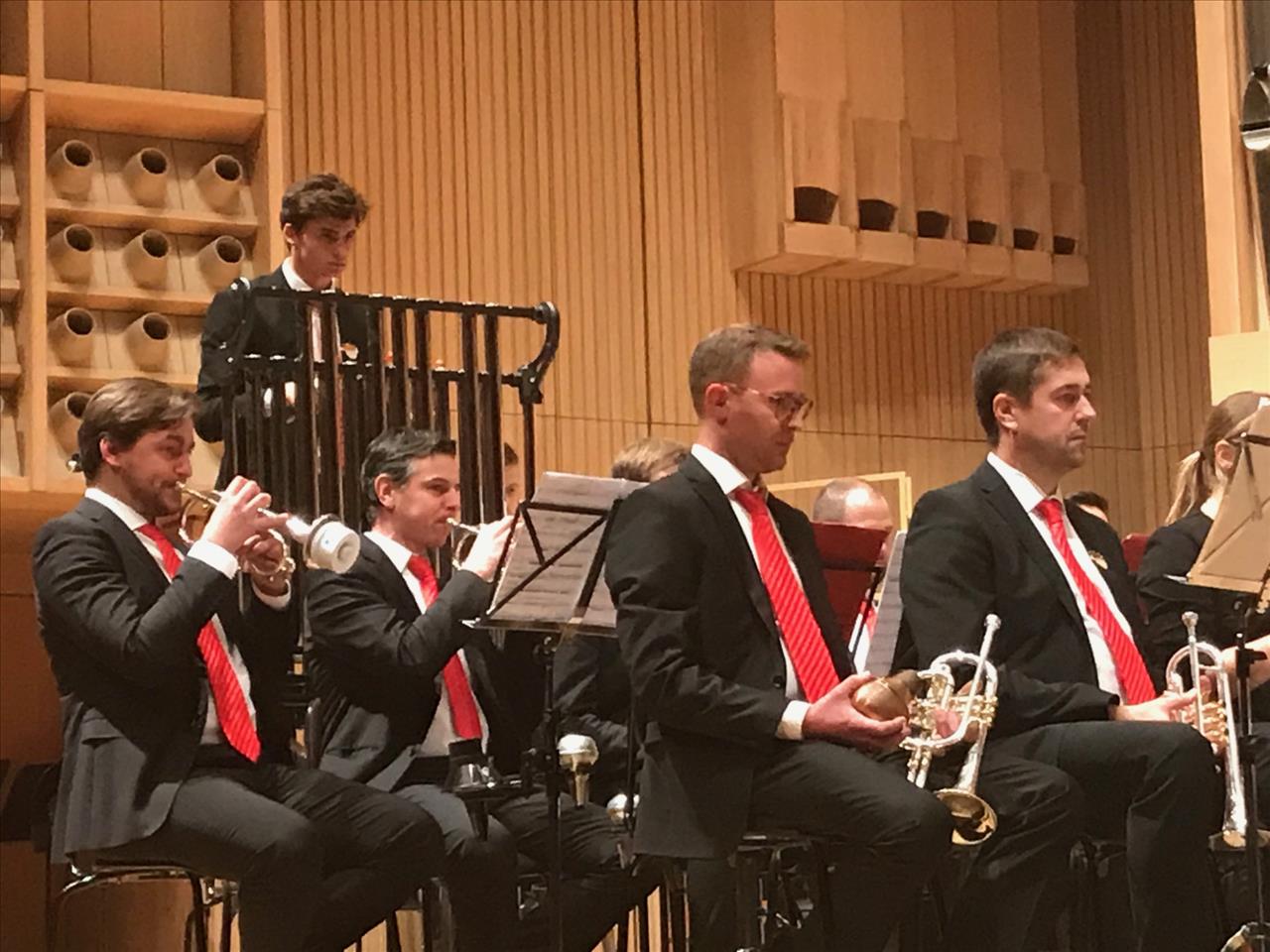 Another impressive performance from a band playing with controlled excellence today.

A superb start (great bells) leads into an atmospheric opening and then section of driven precision and dynamic awareness. The clarity is admirable — led by a trio of swaggering troms and rotund tubas. The organ sounds are broad and majestic too.

Some lovely individual moments on show in the solo lines and sop is in his element in the stratosphere. Just the odd moment when he came close to earth, but elsewhere the playing had such authority.

There is plenty in the tank for the close too — opening the funnels and giving it a bit of Austrian welly as they head for home and perhaps a National title to boot. 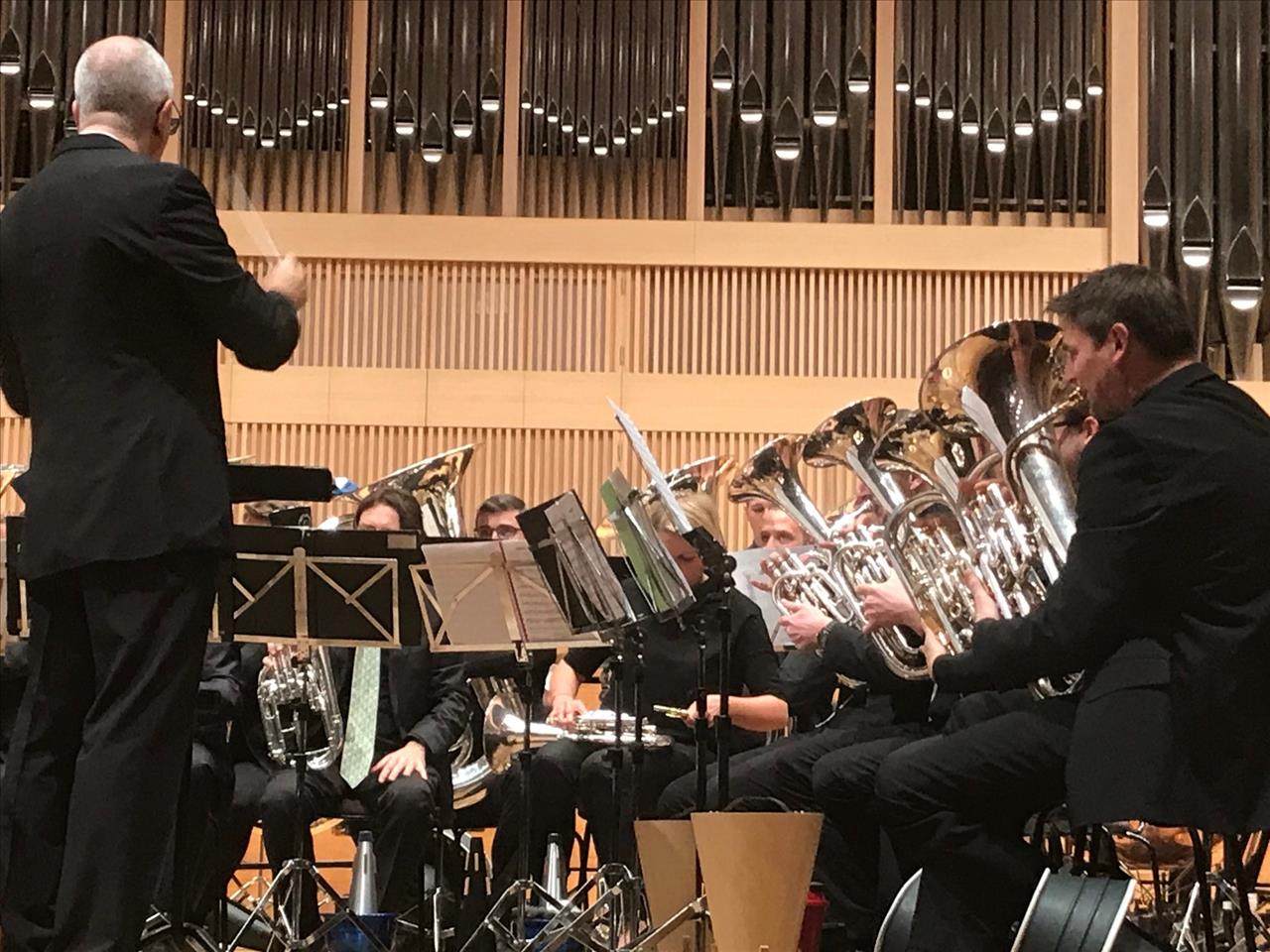 This is a powerful band — and this was a powerful performance. As earlier, the foundation stones seem to be hewn out of granite, but it does mean that the ensemble sound does lack a certain warmth at times, despite the impressive volume.

Plenty of superb technical playing on show from all round the stands, and the MD certainly knows this piece inside out — making telling differences in tempo and allowing certain elements to come through the thick scoring.

It was heavy at times, but it had such purpose and drive all the way to a very impressive close. 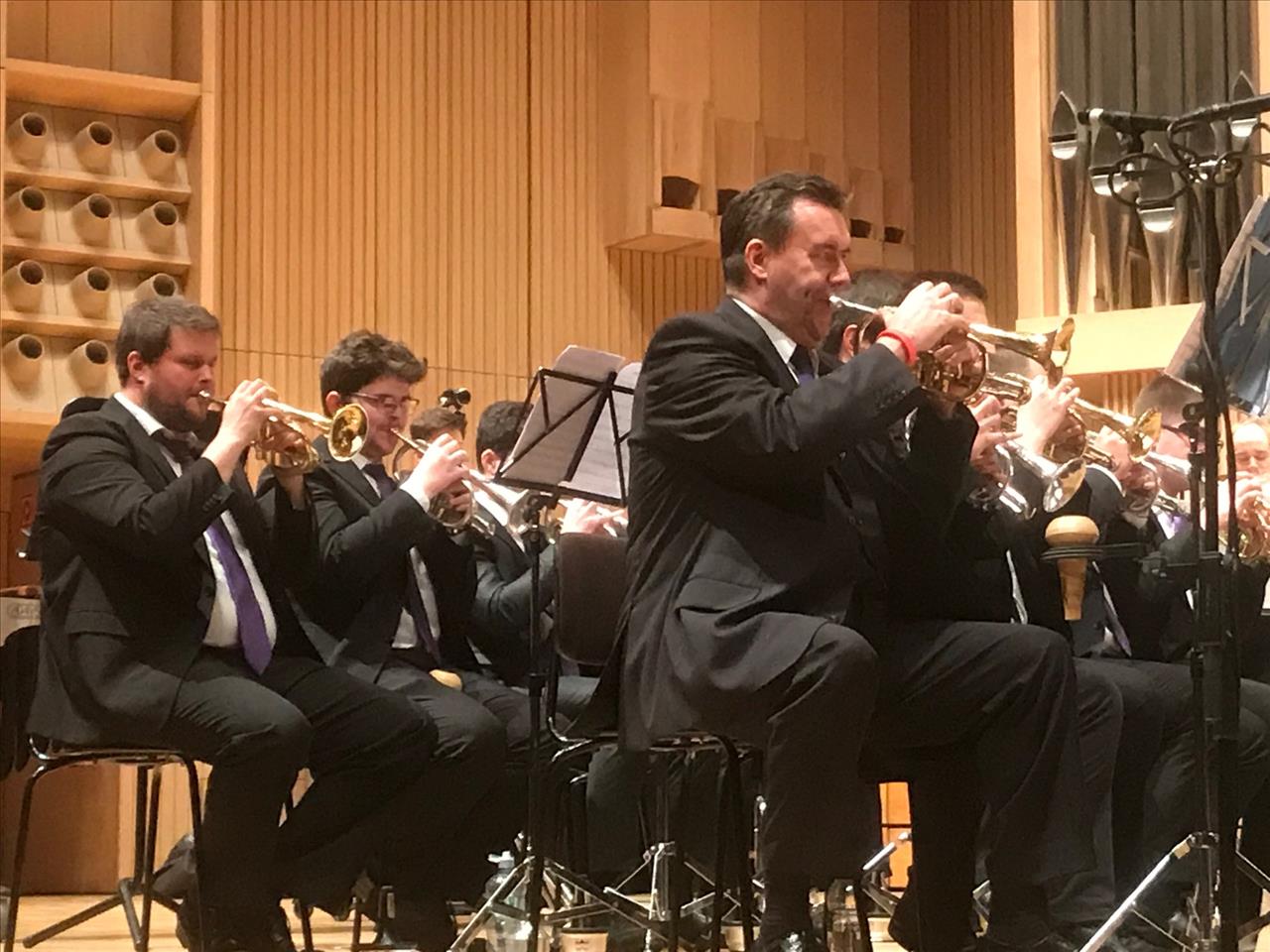 What a pity that this never quite felt secure and was somewhat varied in execution, as the MD gave the music so much time and space to speak.

When it did gel it had drive, energy and a swagger — again led by the tubas and a super trom section. The principal cornet (Uwe Koeller) was such a classy focal point.

Perhaps their earlier exertions sapped the stamina and adrenaline, as it never quite had the bubbling fugue drive required to push itself ever onwards to the close, despite the excellent Perc playing and the forceful exertions around the stand. 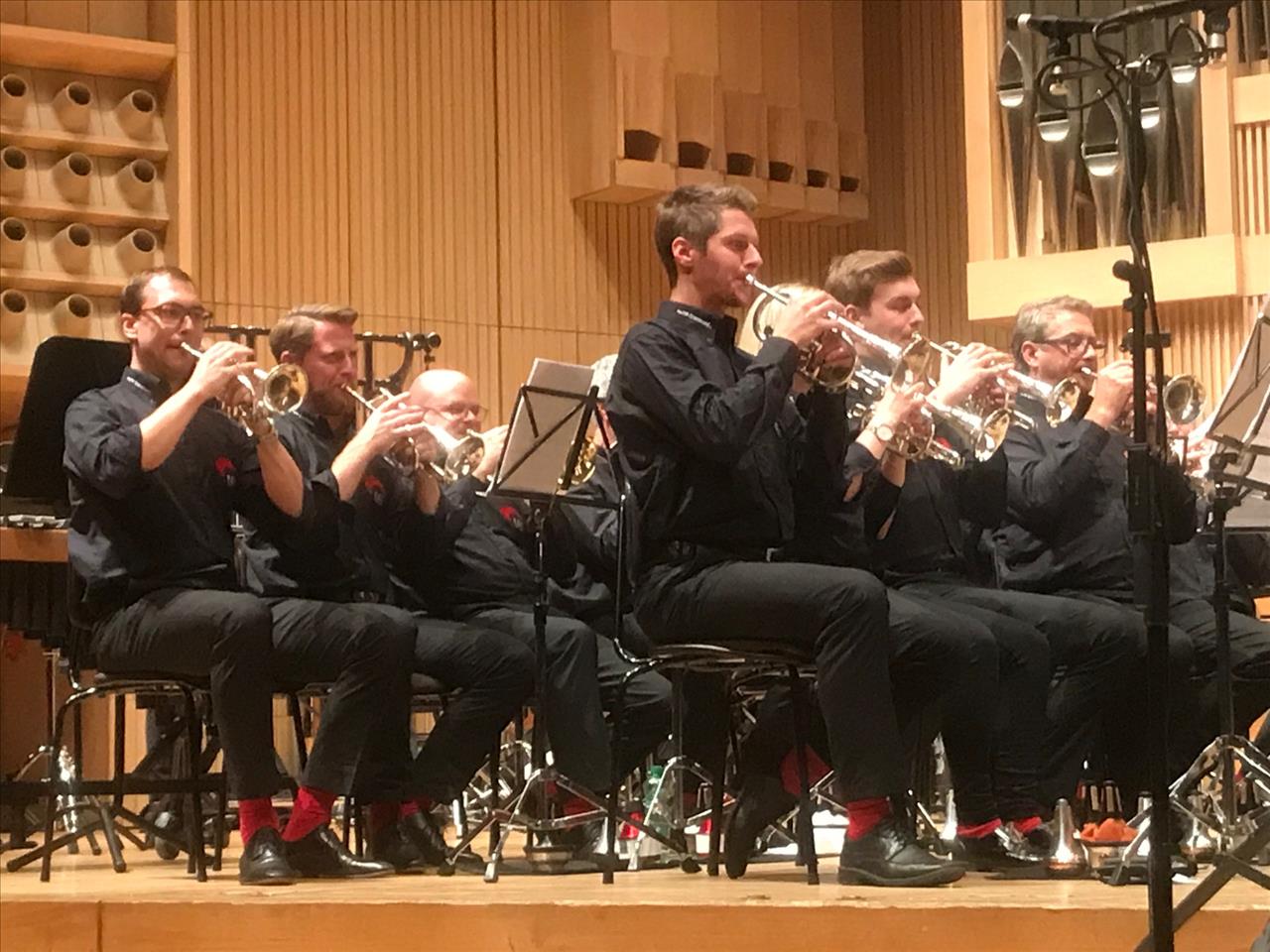 What a bold rendition of the mammoth French mining homage. Not everything came off, but the way in which the MD shaped the musical picture was so engaging.

Once again you take your hat off to the lower brass and troms — top quality playing in anyone's book, and the Perc was exceptional.

The difficulties arose in the more tender, lyrical sections when the warmth was lost in the ensemble and it got a little uneven in tonality and balance, but the build to the close was well handled and the sense of optimism of a new day was never lost.

A lighter tonality on show to open and it allows the detail to emerge from the oily gloop of darkness. There is a rich ebony polish to the playing — just a couple of little clips but it's full of character, drive and furtive menace.

The best playing of the day on the lyrical sections — a machine-like mind but with a very human beating heart. You don't often hear baritone playing like that. Tubas don't get left behind either — the BB is an Austrian Barry White. It was good that — ending with such a sweet sop in the chorale.

Just needs a bump to get going in the finale — but again, the clarity and precision is admirable. Super tuned Perc and then the turbo chargers are engaged for a triumphant finish to a classy performance.

I don't know what they feed their tuba players on here, but hells bells these four lads provided a foundation of such black depth to the opening that it peered into the core of the earth. Wowee — that was gripping stuff.

The MD has a band with an orchestral brass sound palette to play with here — and he tickles its fancy by bringing out detail and precision by the bucketful. We could do with more dynamic contrast and tenderness in the lyrical interludes (it is on the number 11 Spinal Tap mode at times) but it so confident in approach.

Just the occasional moments of unease — but the chorale is super and so too the jazz combo leading into a wickedly ferocious finale of raw, imposing power. MD did well to keep this from loosening the tiles on the roof of the Brucknerhaus.

Another band that knows how to darken the mood and tone from the start — again, aided by super lower brass that plays with just the right hint of fearfulness and inky menace.

MD uses his experience to bring rays of light to the fore with some delicate cornet work a feature (a certain Uwe Koeller) — and there is a sharp edge to the precision that aids the music splendidly.

Once again it just loses warmth and lyrical tenderness in the quieter reflective sections, but what a great little jazz combo and once again the Perc playing is of the highest class. Boldness and a little rawness in the tonality to close, but what an exciting band to listen too — and a super reading from the MD too.

A bold and menacing vision of the dystopian city of the future from the band. Lots of power — led by the leviathan tubas and vicious troms. You can hear the wheels of industry turn here — almost steam generation stuff.

Moments when it doesn't quite settle and have the same level of confidence when lyricism and beauty is called for, but it is persuasive and enticing. Neat little interlude with the Jazz combo and the return to the grind of hard labour brings out the best in the band — again with fantastic tubas and a Perc section that adds colour and timbre.

It closes in triumph — building in tension to the huge climax.

The Austrian National Championship kicks off at the Brucknerhaus this afternoon.

The set-work is Peter Graham's 'Metropolis 1927' which the bands will play first, followed after the break and in the same order of draw, with their own-choice selections.

Meanwhile in Linz, Iwan Fox will be bringing you the action from the 2018 Austrian National Championships.