The overture to the 2019 contesting year is provided at Skegness this weekend when 70 bands battle for the Butlins accolades and hefty cash prizes... 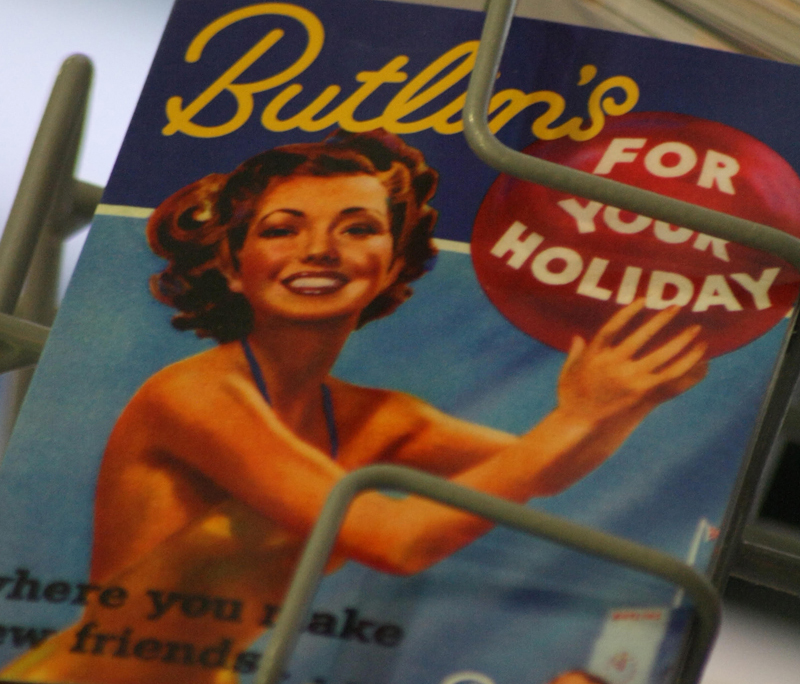 A bit chilly for a bikini in January, but the Skgness welcome is always warm...

The 2019 contesting year kicks off in Skegness this weekend as 70 senior and youth bands make their way to the Butlins Skyline Resort looking to claim a hefty early season payday.

The competitors may not have had a great deal of time to get their lips into trim following the Christmas break, but given most will have been busy with fund raising carol playing and have had the time since the test-pieces were announced last August to put in the preparation ground-work, hopefully they should all be in decent shape.

15 years since they revitalised the defunct Mineworkers Championship, Butlins continues to invest heavily in the festival.

The substantial prize fund is once again topped by a potential £12,000 for the Championship winners, with the various senior section champions each picking up £2,000.  That’s as much as Foden’s got for winning the National title at the Albert Hall last year.

In addition, the unregistered and youth sections are a delight, and this year also sees the resurrection of the British Open Solo & Quartet Championship - with the senior winners taking home £500 for their efforts.

If you do get the chance to listen to the youth events, you won’t be disappointed - with a trio of unregistered ensembles and five very good youth bands on the menu - including the impressive 3BA Academy Brass from Germany.

And whilst the Butlins accountants know they have to make a profit, you can’t fault the investment made away from the contests in keeping everyone entertained well into the night, whilst there is always a competitive line-up of brass band traders on show ready to help you find some January Sale bargains. 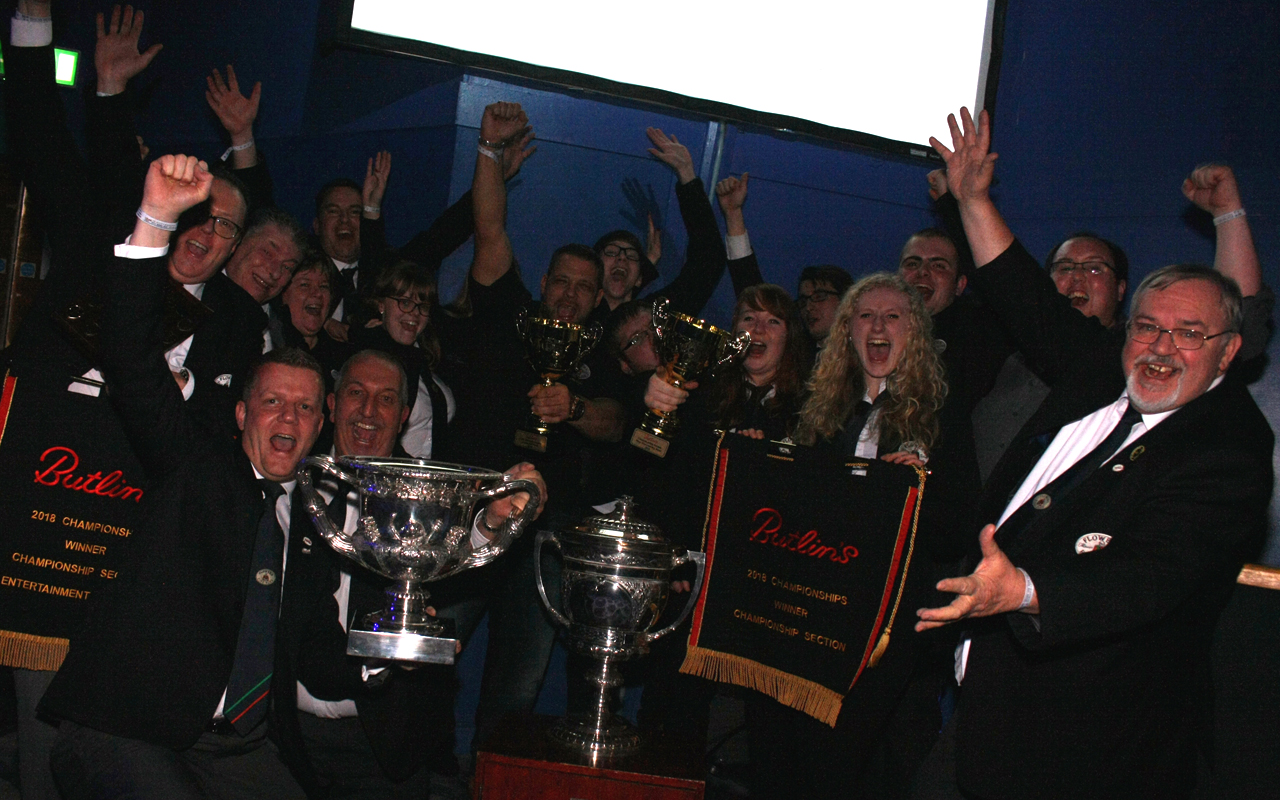 However, even with all that in mind it’s still something of a mystery that the top section event doesn’t attract more contenders (just 7 this year) willing to put their reputations on the line – especially given that the podium finishers can pick up a hefty £5,000 and £2,500 respectively.

The RNCM Festival in Manchester accounts for some top-ranked names, but it’s still curious that others are either unwilling or unable to head to Skegness.  The contest rules here allow for quite a bit of help, and the test-pieces are familiar, so what’s stopping them?

They have made Skegness something of an impregnable fortress since 2011, winning the title six times in the process.

With Paul Holland back at the helm they should be short-priced favorites to once again return to Gloucestershire with the silverware in the car boot and the cash in the bank.

Much will depend on just how ambitious all of them are when it comes to the selection of their overture test-piece.  Take a calculated risk with ‘Benvenuto Cellini’ or trust in sheer technique with ‘Carnival’ or play safe with ‘Rienzi’?

A much more consistent Desford could be the best bet to stop them and become champion for the first time since 2010, whilst a lot of interest will be focused on 2017 champion Virtuosi GUS as they take to the stage for the first time under the baton of Chris Jeans.

Woodfalls and the ever improving Friary Guildford could well fancy their chances of catching the experienced ears of Alan Fernie and Brian Rostron in the box on the set work on the Saturday and in the open for the entertainment fayre the following day.

Former winner Redbridge certainly has the ability to conjure up something different whilst Haverhill is an ambitious outfit keen to make their top-flight mark.

Much will depend on just how ambitious all of them are when it comes to the selection of their overture test-piece.  Take a calculated risk with ‘Benvenuto Cellini’ or trust in sheer technique with ‘Carnival’ or play safe with ‘Rienzi’?

That then has to be balanced with what may or may not tickle the taste buds of the judges in the entertainment stakes - especially given that there is a separate mark for quality of the playing as well as the tie-break ‘entertainment’ factor.

Could be interesting this… 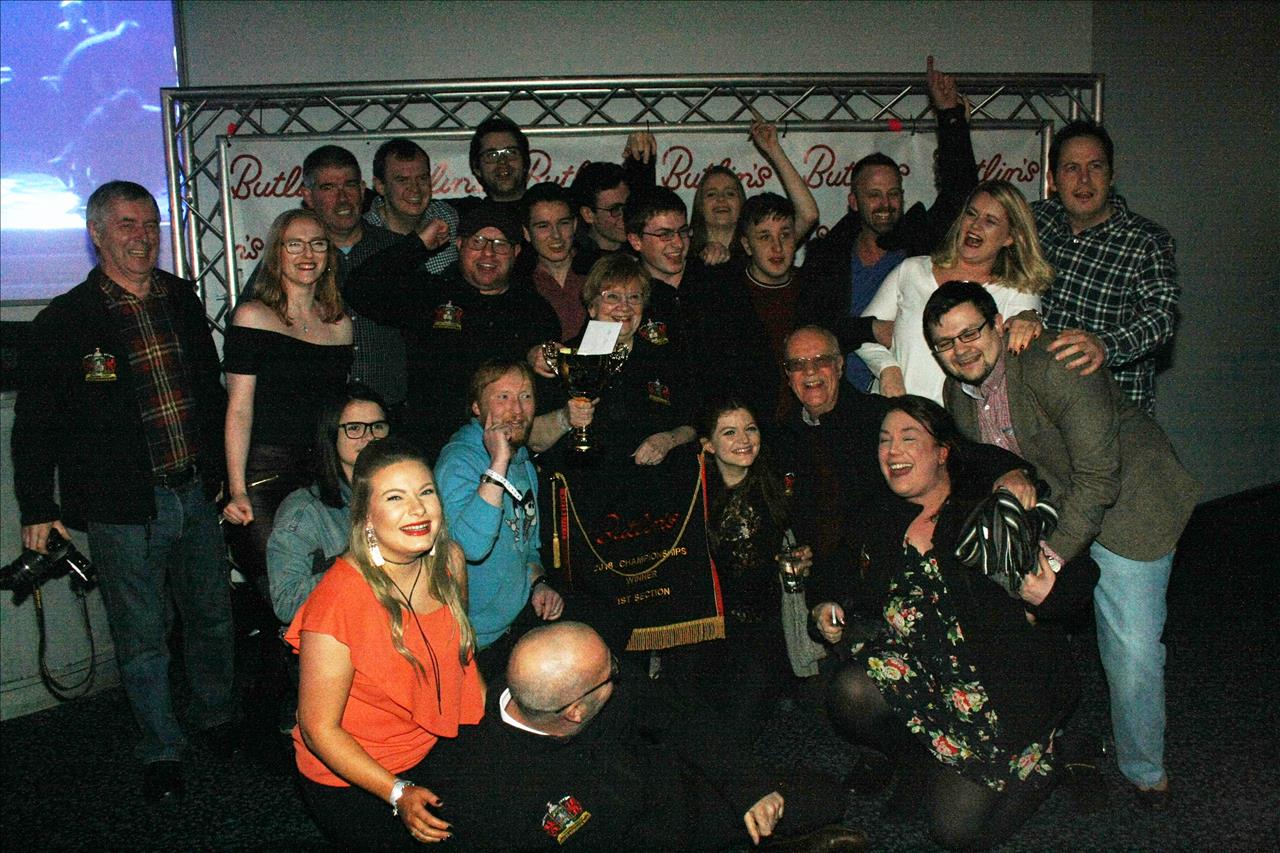 The First Section (Reds - 10.00am) has certainly attracted a solid looking line-up of 16 contenders - all eager to impress Dave Lea and Alan Morrison with their renditions of either ‘La Forza del Destino’ or ‘Le Corsaire’.

The overtures may be familiar but it doesn’t make them any easier. They are contrasting choices to ponder, especially in terms of style and tempo; one an ensemble showcase of French fancy, the other as red blooded as an Italian stallion on heat.

As they used to say on ‘Stars in you Eyes’: “Tonight Matthew, I’m going to be Jimmy Shepherd…”

An immediate touch of controlled class will be shown if the back row cornets and troms can play with rhythmic accuracy in the seventh bar of the ‘Le Corsaire’, whilst the triplet consistency led by the principal cornet at the ‘Allegro Brillante’ in ‘La Forza’ is a bench mark of quality in anyone’s book.

As they used to say on ‘Stars in you Eyes’: “Tonight Matthew, I’m going to be Jimmy Shepherd…”

Then there is the successful Haydock (last year’s Second Section winner), a famous name looking to regain glory in Yorkshire Imps and much more besides. 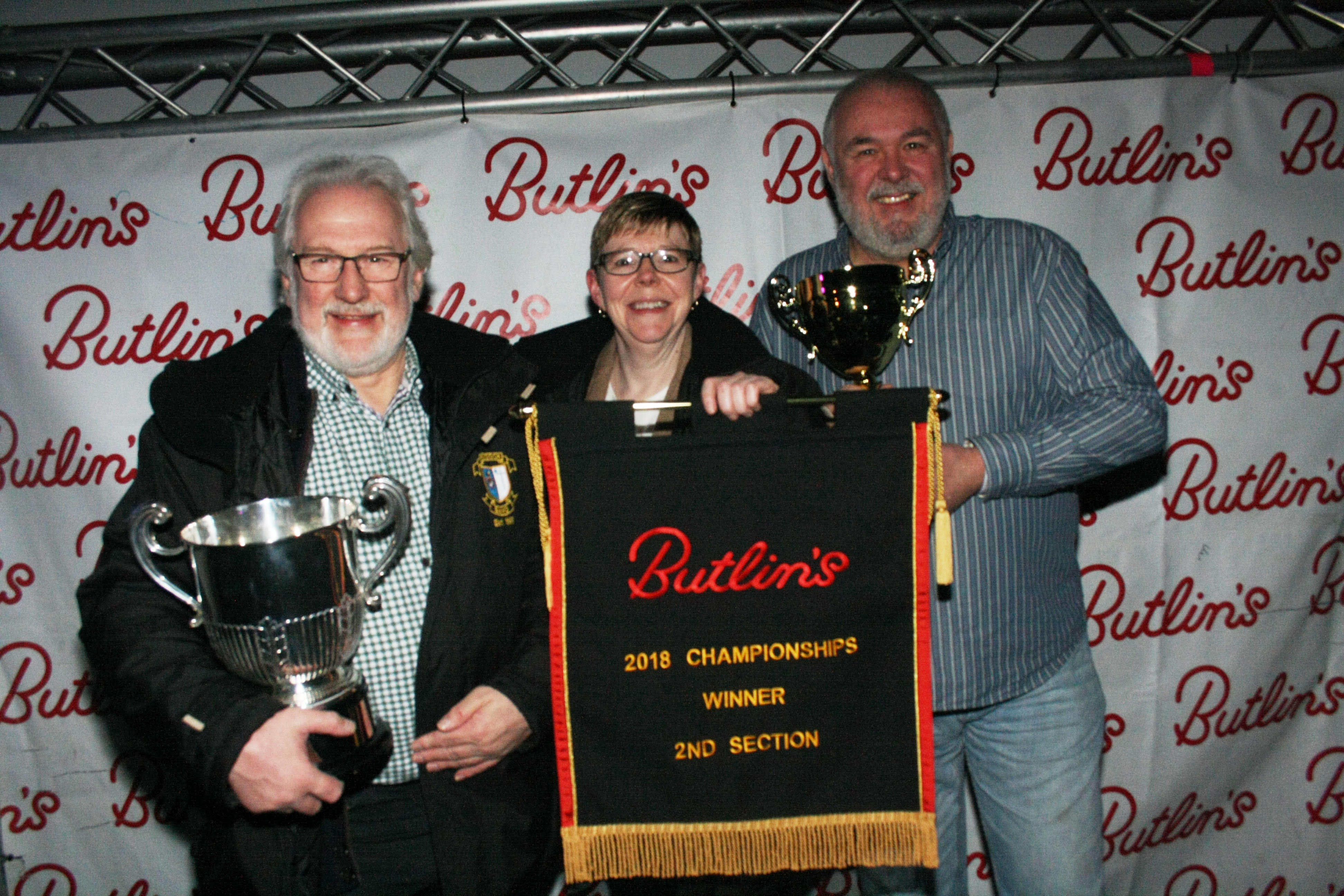 In the Second Section (10.30am -Royal Arthur Suite) it’s a question of Brahms or Bantock, German philosophy versus Ancient Greek mythology or even student songs against a frog chorus?

It’s certainly been an interesting conundrum to ponder for the conductors of the 14 competitors, all of who will be keen to kick-start their season with a morale boosting result – as each has very particular challenges to overcome in terms of style and ensemble balance.

Both 'The Frogs of Aristophanes' and 'Academic Festival Overture' also demand great rhythmic accuracy if they are to come to life – from the compound chromatics of Aristophanes’ amphibians to the controlled sense of celebration of Brahms’ academic rigour.

Both pieces also demand great rhythmic accuracy if they are to come to life – from the compound chromatics of Aristophanes’ amphibians to the controlled sense of celebration of Brahms’ academic rigour.

The likes of last year’s top-six finishers Horsham and Besses Boys, the promoted Dronfield Genquip ( who had a fine 2018) and the consistent outfits such as Waterbeach Brass, Bedford Town and Gresley Colliery may fancy their chances, but this is a contest with a pretty open look to it - so who knows who may come on top? 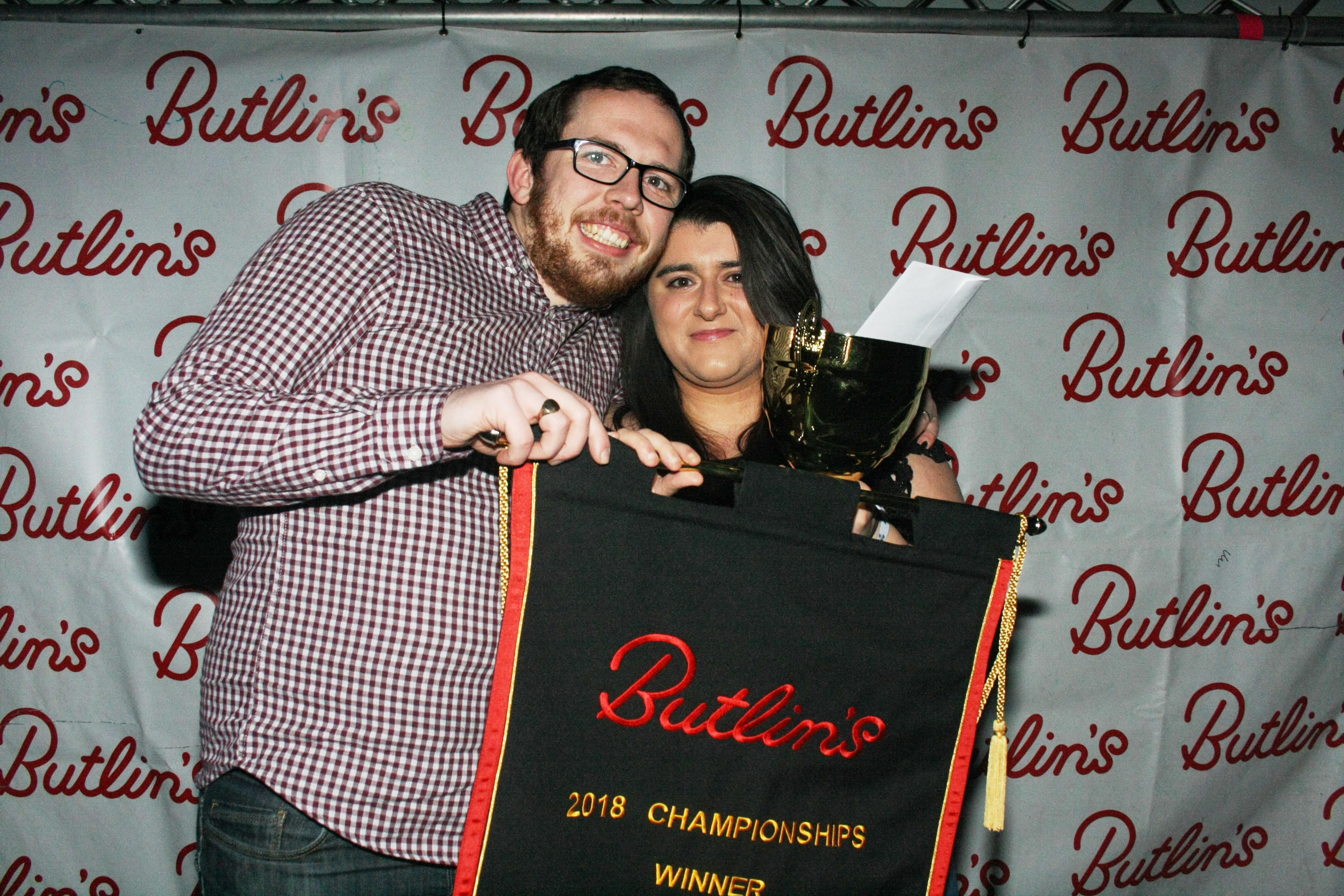 Hopefully David Ashworth and Mike KIlroy won’t get themselves into as much of a muddle over a decision on all things European or British in the Third Section as our troubled politicians at Westminster, (Crazy Horse 11.00am).

Even the most hard-nosed Bexiteer can’t help but admire Eric Ball’s arrangement of ‘Egmont’, whilst William Rimmer’s ‘Rule Britannia’ should still find favour with the most committed of Europhiles.

Both demand respect in terms of style and command of banding basics, and with some solid looking outfits on show, it should make for an engaging and interesting battle.

Even the most hard-nosed Bexiteer can’t help but admire Eric Ball’s arrangement of ‘Egmont’, whilst William Rimmer’s ‘Rule Britannia’ should still find favour with the most committed of Europhiles.

After such a successful 2018, what odds on Stamford Brass adding yet more Butlins silverware to their CV, whilst the defending champion Hoover (Bolton) will also be keen to make it a Skegness ‘double’.

Crystal Palace and Epping Forest enjoyed their early season outing here last year, whilst Cubbington Silver and Raunds Temperance may be dark horses to watch out for come the results. 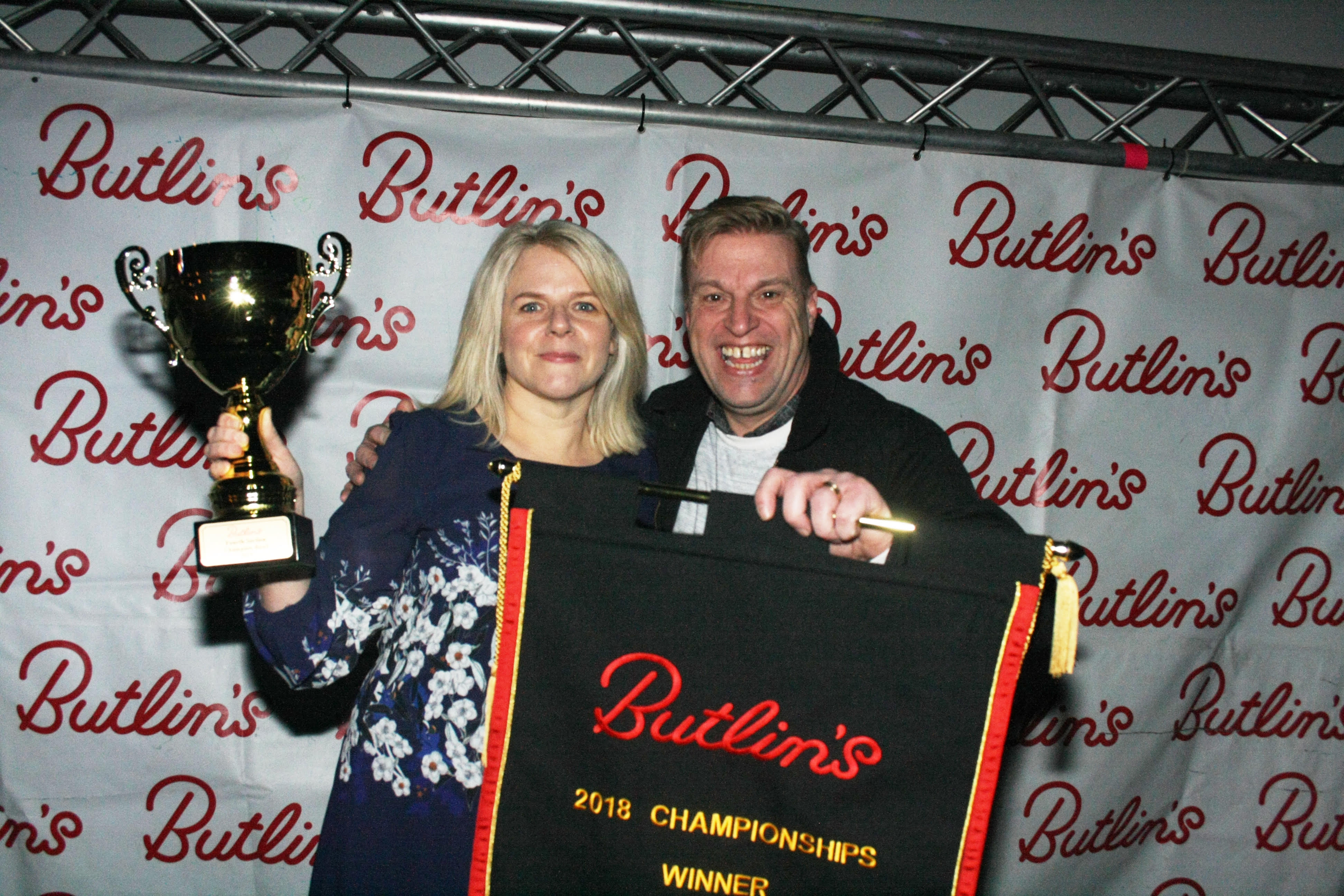 The Fourth Section always provides an enjoyable precursor (Centre Stage - 9.30am) to the Championship Section action on Saturday, and with a brace of engaging works in the form of ‘Overture to Youth’ by Eric Hughes and ‘A Saddleworth Festival Overture’ by Goff Richards there is something meaty for them and the judges John Doyle and Mark Wilkinson to get their teeth into.

Both require technical proficiency as well as musical insight.

And although six of these bands played ‘Saddleworth’ the last time it was used here in 2013 it should still pose a fresh enough challenge, whilst there may not be too many players who tackled the Eric Hughes work the last time it got a championship airing in Pontins way back in 1993, let alone the 1980 Areas.

And although six of these bands played ‘Saddleworth’ the last time it was used here in 2013 it should still pose a fresh enough challenge, whilst there may not be too many players who tackled the Eric Hughes work the last time it got a championship airing in Pontins way back in 1993, let alone the 1980 Areas.

Eight of last year’s contenders return – including Sale Brass and Banovallum Brass who claimed podium finishes and went on to enjoy successful 2018 seasons, as well as Great Yarmouth Brass and Maltby Miners who ended up in the top-six.

National runner-up Tewit Silver could well be the band to beat if they repeat that form once more, whilst Dodworth Colliery and our dark horse of Norfolk Wherry may be worth a bob or two at the Butlins bookies.