A remarkable woman who combined two hugely influential professional careers that made a significant impact.

Brass band historian Tim Mutum has been asked by 4BR to curate a ‘Hall of Fame’ of players, conductors, composers, adjudicators, entrepreneurs, administrators and personalities who have helped to shape as well as drive the brass band movement from its beginning to the modern day.

The undisputed giants of Gladney, Rimmer and Mortimer will of course be included, but so too those who may not so readily be spoken of as ‘greats’ but whose contribution should without doubt be marked.

We hope you enjoy the series, which we also hope will be added to with further information about each person as we develop it further. 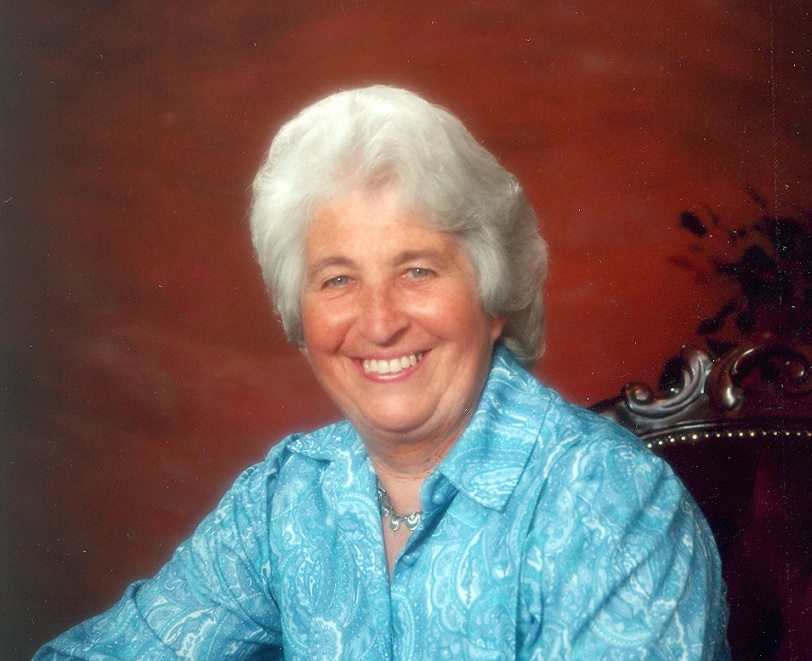 Not only was she a renowned educationalist specialising in literacy, but she was also a significant contributor to the brass banding movement.

As a forthright campaigner and pioneer in the late 1970s she fought successfully to get dyslexia acknowledged as a learning disorder condition by the then Department of Education. Her work contributed to the outcomes of the 1978 Warnock Report, which in turn formed the basis of the 1981 Education Act which recognised Special Needs in children of school age.

In 1984 she was awarded the MBE for services to Adult Literacy.

However, during much of this period of time she also supported her husband Geoffrey as a co-editor of the weekly ‘British Bandsman’ (1967 - 1975), maintaining its reputation for its forthright editorial lead, bringing in publication innovations and designs and encouraging new musical opinions and voices to be heard. 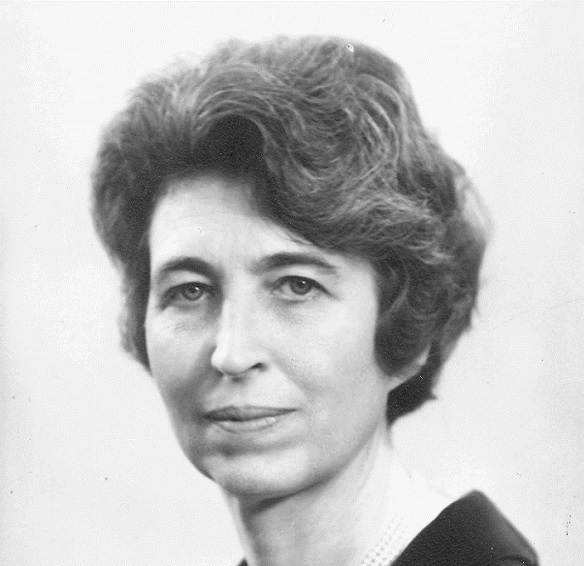 Although nominally ‘Assistant Editor’ of the British Bandsman, she effectively ran it on a day to day basis, but always collaborating with Geoffrey on policy.

It was a major undertaking, but one which she was suited to with her extensive musical background, a fine understanding of written language and a deep respect for the people that made up the banding movement itself.

Their book, ‘Brass Bands in the 20th Century’ (1979) was regarded as a hugely significant publication - comprehensive, informed and accessible.  The foreword came from Sir Adrian Boult.

Their book, ‘Brass Bands in the 20th Century’ (1979) was regarded as a hugely significant publication - comprehensive, informed and accessible.  The foreword came from Sir Adrian Boult.

Violet was born in Canterbury in 1929, one of four children. Her parents were deeply involved in the Salvation Army and Labour Party politics – pillars that provided a framework of life-long personal values; duty, care and professionalism.

She also acknowledged that living through the Second World War in Canterbury, which was frequently bombed with loss of life, was another seminal influence. In later years she drew on her experiences to write her trilogy of popular children’s books, ‘Emma’s War’. 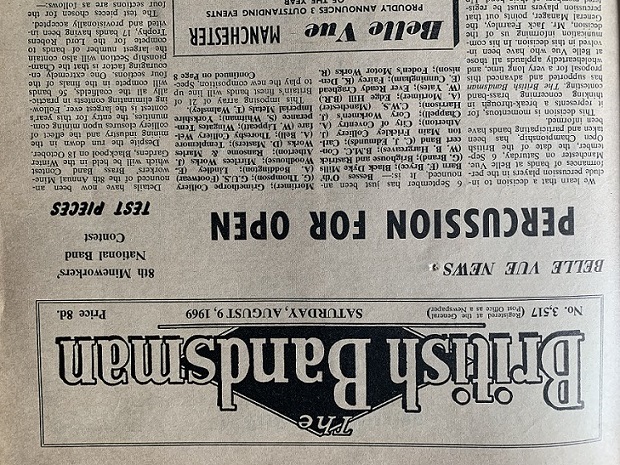 The British Bandsman brought the latest news to the banding world

In 1947 Violet enrolled at Eltham Teacher Training College in London where she met Geoffrey Brand, then an aspiring trumpet student at the Royal Academy of Music

Shortly after qualifying Violet remained in London and started work at a primary school. She soon realised not only that some children were not learning to read, but also that her training had not equipped her sufficiently to help them.

It was the beginning of a lifelong dedication to increasing awareness to helping children and adults with literacy difficulties.

In 1950 Violet and Geoffrey married. They had two children, Michael and Gill.

In 1955 Geoffrey stopped working as a professional musician and became a BBC producer. Violet returned to part-time teaching, particularly of children with reading and spelling difficulties, getting a job near Rickmansworth, where she soon made a remarkable difference to young lives.

In 1967 Geoffrey decided to leave the BBC to become a freelance conductor and musician. Jointly with friends they acquired the brass band music publishers R Smith & Co Ltd and ‘British Bandsman’.

Her understanding developed further when she attended the Word Blind Centre and studied Psychological Aspects of Severe Reading Difficulties at the renowned Tavistock Clinic in London – leading to pioneering research and campaigning structures to bring about the essential changes in the teaching of literacy to children in the UK.

In 1967 Geoffrey decided to leave the BBC to become a freelance conductor and musician. Jointly with friends they acquired the brass band music publishers R Smith & Co Ltd and ‘British Bandsman’. 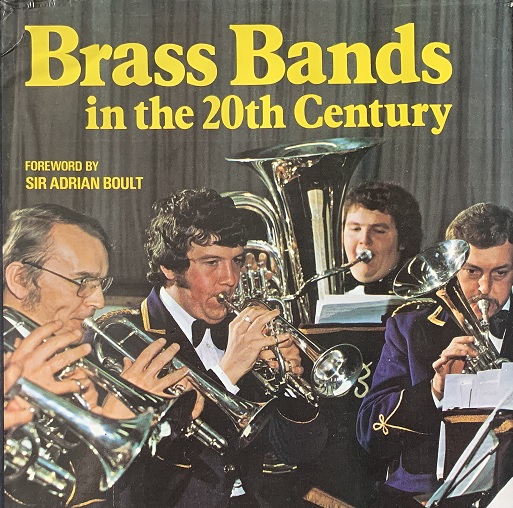 In addition they also enjoyed the bi-annual courses of the National Youth Brass Band of Great Britain, of which Geoffrey was appointed Musical Director in 1967. Violet joined the house staff, looking after the well-being of the teenage members, many of whom were away from home for the first time.

Following her death, many recalled that her sympathetic understanding was a great comfort whilst they were there. Half a century later that in itself was a remarkable testament to the affection and respect in which she was held.

As Geoffrey widened his extensive global musical activity, Violet was able to develop her own links across the literacy world – including a ground breaking television appearance in Australia.

As Geoffrey widened his extensive global musical activity, Violet was able to develop her own links across the literacy world – including a ground breaking television appearance in Australia.

Her work there provided a crucial foundation stone that led to her own assessment test for newly enrolled students.

In the coming years she would work training tutors for the Adult Basic Skills Unit as well as teaching in prisons. 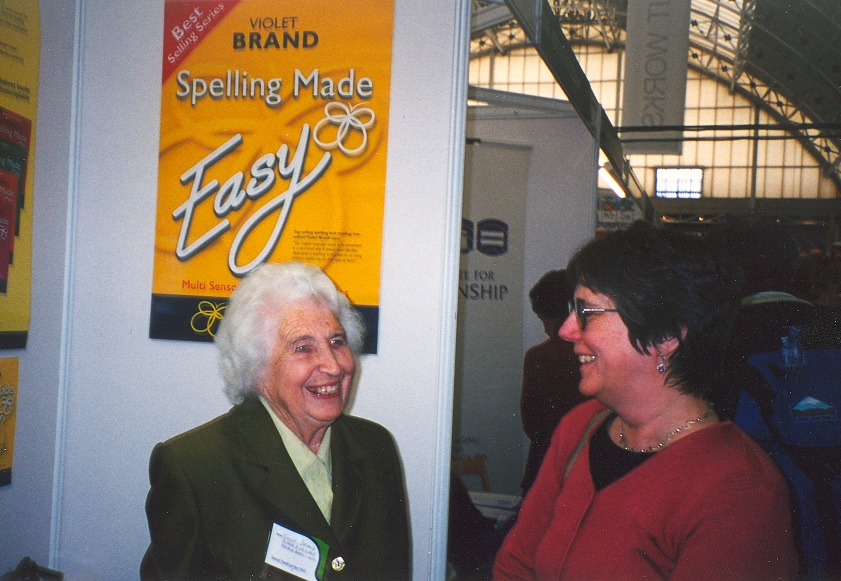 The poster tells it clearly...

During the late 1970’s she and others shared the realisation that literacy levels were not improving due to structural defects in the education system in the UK – leading to the creation of what became known as the Watford Dyslexia Unit - an extraordinary pioneering establishment.

The link to her political upbringing, sharpened by Margaret Thatcher’s success at the 1979 General Election (she always referred to her as ‘That Woman’) saw Violet became part of a high-level political group lobbying the Government to enact the recommendations of the Warnock Report.

At heart a socialist and dedicated to providing equal opportunities for all, the resultant 1981 Education Act was one of the most important pieces of post war legislation.

The final piece of the jigsaw in Violet’s professional life was the creation of her own teaching material creating what she called ‘Spelling Made Easy’. This ‘Multi -Sensory Phonic’ method was first published in 1984 and made a huge impact.  Many teachers openly called her a hero.

Violet also found the time to persuade the RSA (Royal Society of Arts) to set up a Diploma in teaching Specific Learning Difficulties - the ratification of the Diploma by the RSA an important imprimatur. She pioneered the course, created the syllabus and became as assessor. Her MBE was a just and overdue recognition.

The final piece of the jigsaw in Violet’s professional life was the creation of her own teaching material creating what she called ‘Spelling Made Easy’.

This ‘Multi -Sensory Phonic’ method was first published in 1984 and made a huge impact.  Many teachers openly called her a hero.

Invited to speak at leading conferences and meetings – from the USA to Uganda - her radical passion and powerful eloquence inspired countless others to follow her lead.

Even in ‘retirement’ Violet was a volunteer at her local prison at Bovingdon helping with basic literacy skills. 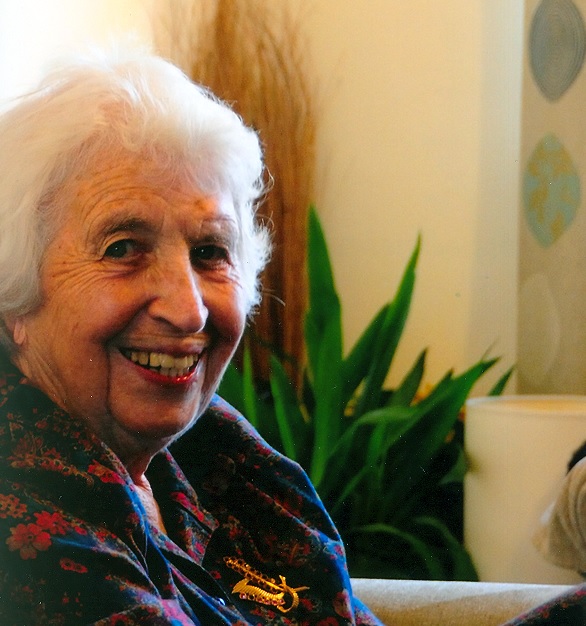 As one person said following the news of her death: “Violet was a very modern woman in the way she managed to balance her family role, even to the extended family of siblings, nephews and nieces, with her own goals in her professional life.  She was a wonderful Auntie.”

Violet also gave unswerving devotion and support to her younger sister, Frances, who developed MS in her early twenties and lived until she was over 70. Despite her many personal and public achievements her family remained her priority at all times and for all generations.

Her two children gave the gift of four grandchildren- Katy, Helen, Ian and Jessica. They called her the “jet setting granny”, and she held what she called ‘Grandma’s Lunches’ well into their teens.

As one of her grandchildren added: “As I get older I find myself more and more in admiration for how she went through life… with all the right priorities and all done without letting on to us what hard work it must have been.”

Her long marriage to Geoffrey was the absolutely fundamental foundation of her life. His success was supported, bolstered and enhanced by her at every turn. The banding movement was immeasurably improved and gained greater inclusivity and understanding from the wider musical world through her commitment, dedication and expertise.

Geoffrey Brand once said that what Violet achieved in her own field was more important than his achievements in his.

Perhaps it is more the case that neither would have achieved as much as they did without the love, encouragement and freedom they gave to each other.

With grateful thanks to Michael Brand