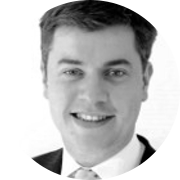 In 2003, Darren left his native Cornwall to embark on a BMus (hons) degree at the Royal Welsh College of Music and Drama (RWCMD). After successfully completing his undergraduate degree, Darren furthered his music studies at the college undertaking a postgraduate degree whilst later being appointed 'Head of Outreach'. In addition, Darren was lecturer, academic teacher and conductor in residence of all ensembles of the Junior Music and Access Studies department of the Conservatoire. During his time in Wales, Darren joined the BBC National Chorus of Wales, accepted a trombone placement with the BBC National Orchestra of Wales and was invited to undertake a sole conducting placement with the world renowned Welsh National Opera.

Since returning to Cornwall to coincide with his appointment as the Professional Musical Director of the St.Dennis Band, there have been many notable achievements that include; two Royal Trophy wins (2012 and 2016) at the West of England Bandsmen's Festival alongside no less than five second places, third place at the Yeovil Entertainment Contest (2014), second place at the Pontins Brass Band Championships (2010), promotion from the Senior Trophy into the Senior Cup at the British Open Spring Festival (2014) and winners of the first section West of England Regional Championships (2016). A coveted National Brass Band Championships title came in September 2016 when St.Dennis were crowned first section national champions.

Alongside his conducting duties with the St.Dennis Band, Darren holds a full time teaching position as Assistant Director of Music and Head of Year at Plymouth College, a leading Independent School and more recently, the appointment of Senior Tutor with the Cornwall Youth Brass Band (2015).

To date, Darren has adjudicated many solo and quartet contests and will be making his brass band adjudicating debut at the SWBBA Annual Entertainment Championships in September 2017.