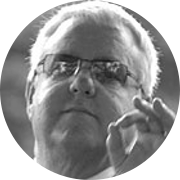 Recognised and respected in a number of high profile musical fields, Ian Holmes is an experienced conductor, piano accompanist, tuba player and educator.

Ian has worked with many brass bands throughout England and Wales including Parc and Dare (winner Radio Wales Band of the Year) and more recently Jaguar Landrover Band, leading them to sixth place out of seventy-six bands in the Greenfield section of the Whit Friday marches in 2014. He was resident conductor of Buy as you View Cory Band when they won the National Finals and British Open in 2000.

His portfolio as a musician has taken him throughout the UK and abroad including Italy, Spain and the USA, and has included working as a conductor and performer with musicians such as Allen Vizzutti, John Wilbraham, Cory Band, The Childs Brothers, Jack Brymer, Max Jaffa and Don Lusher, and actors Johnny Morris, Robert Hardy, Henry Goodman and Barry Farrimond.

Educated at the University of York, he was subsequently awarded postgraduate scholarships to the Banff Center of Fine Arts in Canada and the Royal College of Music where he studied tuba, conducting and piano accompaniment. From 2008-2016, Ian was Director of the Centre for Performing Arts at the University of the West of England, where amongst his many roles, he curated and conducted numerous large-scale concerts. He currently pursues a varied role as a freelance musician, often championing original music as a conductor and performer, and bringing innovative musical projects to new audiences.