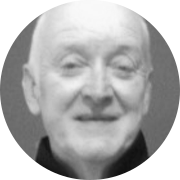 Michael Bennett was born and educated in Aberdeen. He studied trumpet at the Royal Northern College of Music with Cecil Kidd and on leaving college he received a scholarship to study with Alan Stringer.

In 1976 Michael was appointed sub-principal trumpet with the BBC Northern Ireland Orchestra. Since returning to Scotland in 1981 Michael has performed and toured with all of Scotland's major orchestras.

All of Michael's compositions and arrangements and his first CD, The Music of Michael Bennett Vol:1 are avaliable from justmusicuk.com

From his base in Glasgow Michael continues to perform, teach and compose.