That's the end of a great day in Blackpool that has seen record numbers coming through the door to listen.

Congratulations to Hammonds Saltaire, Oldham Band (Lees) and Wantage on their victories today along with all the other ensembles who have gained promotion to the British Open, Grand Shield and Senior Cup respectively.

News reports to come in dates ahead. 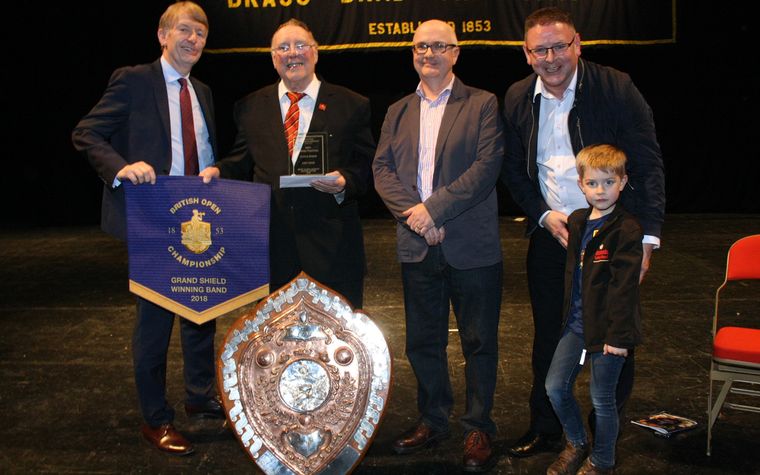 *Promoted to the British Open
**Relegated to the Senior Cup 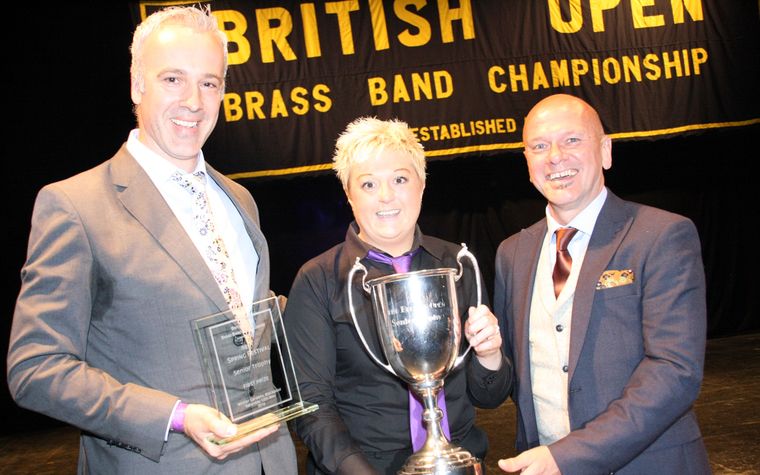 *Promoted to the Senior Cup
**Must re-qualify

The contest in the Opera House really came to life in the second half of the draw today but Peter Graham's engaging score, first played by Black Dyke as it's own choice piece in the European Championship in Perth in 2014 has caused the bands some real problems.

Few, if any, have escaped without a handful of errors at least and the results could well be decided on that score alone.

For our money there is a clear winner however although it could be a very close race for the other precious place at Symphony Hall.

Chris Thomas goes for a top six of:

The opening is effective but with question marks as to whether the detail is as crystalline as a handful of other bands today. The drive and energy are undeniable though and this certainly has a weighty musical presence about it.

Some lovely little details and nuances come through the textures as we approach the Adagio and this has that slightly unsettling and haunted feel about it that the music commands. Bass solo into that adagio is decidedly fragile however and suddenly this is feeling like its sliding away. The atmosphere is good but there are so many little slips and errors that get in the way.

Ritmico opens well but trombones are not entirely together and again this doesn’t feel like it’s GUS on top form. It gather some momentum but there are once again fragilities in the slow music that follows as soprano falters and individual voices are not always precise or together.

The close is effective enough but we fancy it has come to late to save what has been a disappointing account from the Kettering outfit.

Overall: A surprisingly inconsistent performance from GUS. The contest was there to won from the final performance but we can’t see that this show is going to see the band making the short journey to Symphony Hall come September. 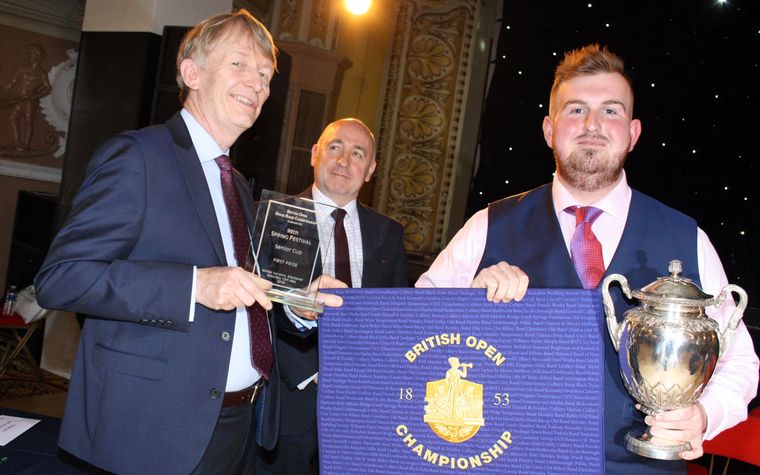 *Promoted to the Grand Shield
** Relegated to the Senior Trophy

The opening has presence and steams ahead with plenty of energy and drive although some detail is lost in the overall sound due to balance issues.

The Adagio doesn’t quite flow as a result of nervy entries that are further undermined by tuning issues. This is an unsettled sounding band and that feeling continues into the Ritmico which is often far too loose in its execution and rhythmic cohesion.

The trombone chorale is a touch heavy and once again there is an uneasy feel to some of the solo entires that follow.

The end is competent but caps a reading of inconsistency from the Welsh team.

Overall: A disappointing show from Tongwynlais that was often fragile and with a lack of rhythmic focus that impaired the musicality of the approach.

It's on occasions such as these that giving a personal order of merit is particularly difficult.

No one or two performances really stood out conclusively from the pack. In fact it was a piece that prduced in the main a very level playing field.

Ordering the bands therefore comes very much down to personal taste, personal interpretation and how forgiving you are!

I tend to forgive clips and splits if I feel the musical picture isn't lost and I feel the interpretation is faithfully captured, so taking that into consideration...

Opening to Andante: Starting a touch over the tempo marking but with confidence the music developed cleanly.

Allegro — Grazioso: A sense of urgency is injected into the performance before Grazioso and all continues with a clear direction although quite pacy.

Grazioso — End: Lower band cope rapid figures quite well and the musical picture is painted quite well but for a bit of intonation trouble to the conclusion.

Overall: Really just a question of tempi in this case perhaps. Quicker than most today and not the usual 'Eric Ball'.

The opening initially feels a touch steadier than some today but the pace builds and we hear the band launch into the music with vigour. The cornet section isn’t always totally precise but we can certainly hear all of the parts going in.

Eb bass solo into the Adagio is uncertain in pitch and unsettles the musical picture although the solo work in the Adagio itself is of high quality. We just feel that this needs to move with a little more fluidity.

The Ritmico is initially well controlled dynamically with solid trombones and good levels of detail. It just lacks that bit of American pizazz that the score commands but overall this is solid, competent playing.

It’s a touch flaky at times in the slow music that follows as instrumental lines are not always sustained adequately but this is so nearly a very fine performance.

The approach to the conclusion is again solid and caps a technically adequate if musically uninvolving account.

Overall: A workmanlike account from Camborne but one that failed to engage us as the front runners have today.