A new venue provided a great opportunity for a cross border battle between bands at the first Welsh League Contest of the season.

The first Welsh League contest of the year took place at a new venue at Willows High School in Cardiff on the weekend, with bands taking the opportunity to showcase their own-choice selections for adjudicators David Hirst and Dr Robert Childs.

With their appearance at the British Open Spring Festival just a few weeks away, Area champion Ebbw Valley carried on its fine form with an impressive victory playing Eric Ball's 'A Kensington Concerto' — the work they will perform at the Winter Gardens in Blackpool on 12th May.

"It was a very well constructed performance,"adjudicator David Hirst told 4BR. "I was impressed by the standard of playing throughout the day in all sections and it was topped by the winners. Welsh banding will send strong contenders to contests all over the country this year I'm sure."

Ebbw Valley's flugel player Jeff Thomas certainly rolled back the years, as the former Cory star picked up the 'Best Flugel' award — marking individual success on a piece he played on at the National Finals way back in 1972, whilst recent signing Debbie Bull took the 'Best Horn' award.

There was also further evidence of the solid rejuvenation led by Paul Jenkins at Pontardulais as the First Section Area winners came second with a confident rendition of 'Sinfonietta No 3' by Etienne Crausaz, aided by their 'Best Back Row Cornets', whilst Tylorstown also warmed up for their Senior Trophy appearance by taking third on Ball's classic work.

Although there were only three bands competing in the First Section it was the regular Forest of Dean visitors A W Parker (Drybrook) who showed plenty of ambition in victory under Josh Ruck.

There was also a keenly fought battle in the Second Section, as Newport Borough under Robin Hackett gave a purposeful reprise of the Area set-work, 'Ex Terra Lucem' to secure victory from Crwbin ('Verona Lights') and Penclawdd Brass (Rhapsody in Brass').

Meanwhile, Taff Valley Brass maintained their 100% winning track record as Gareth Ritter led the Area champion to a fine victory on a reprise of 'Napoleon on the Alps' in the Third Section, with the band also taking a clean sweep of the indovdual awards on offer.

There was also an encouraging performance from Crosskeys Silver ('A Haslemere Suite') and Oakdale Silver (A Malvern Suite), who certainly showed that they could have been a contender at Welsh Area contest at Swansea if they hadn't been snowed in!

Ogmore Valley Silver was the confident winner of the Fourth Section led by Alice Jones on the rarely heard 'London River' by Reginald Heath ahead of Gwaun Cae Gurwen ('Dimensions'), whilst there was further encouragement to be both seen and heard in the vibrant Youth Section.

With its excellent facilities and good acoustic Willows High School provided a fine venue for the contest, with hopes that it will host the event in the future.

Ebbw Valley's flugel player Jeff Thomas certainly rolled back the years, as the former Cory star picked up the 'Best Flugel' award — marking individual success on a piece he played on at the National Finals way back in 19724BR 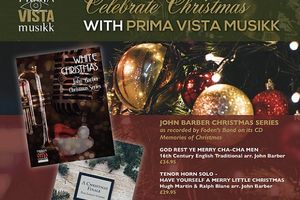 One the first day of Christmas...

November 30 • There is the chance to get some fantastic musical stocking fillers for your band... 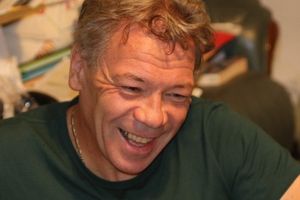 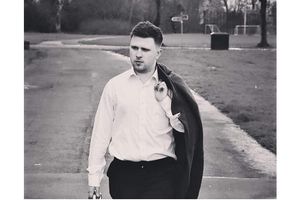