No cooperation for Palanga

The Scottish Champion, the cooperation band has taken the decision not to compete at the 2020 European Brass Band Championships in Lithuania.

It has been announced that there will potentially be no Scottish representation in the Championship Section of the European Championships in 2020, following the announcement that 2019 Scottish Champion, the cooperation band will not take up its invitation to compete in Palanga next year.

The news means that Scotland could be without elite level representation for the second year in a row following Whitburn's decision not to compete in Montreux earlier this year. There was also no competing band in 2017.

4BR has been informed that the decision was made after many hours of debate and looking at various travel options, with a spokesperson stating: "We have looked very closely at the costs to compete at Palanga and cannot justify the outlay for one contest.

The last 18 months have been a very tough time for the band and financial prudence at this time is key to the long term viability of the organisation."

They added: "There are no direct flights from Scotland which has added greatly to the overall cost, as well as the logistics of taking percussion and larger instruments via road transport which would have involved a 32 hour drive from our base in North Lanarkshire to the venue.

The cooperation band regrets that we will therefore be unable to represent Scotland at this prestigious event. We have made this very difficult decision with a heavy heart and wish EBBA every success with the event in Palanga in 2020." 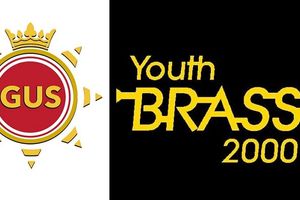