A traditional load of bullocks...

A 15th century East Midlands tradition is going from strength to strength thanks to some red faced men, a plough and a plastic trombone...

An ancient East Midlands tradition is alive and well — albeit that it benefits from a 21st century musical addition.

Press photographer Dave Warren, who also works with Warwick Music Group and is behind the camera for many of the shots of the team responsible for pBone, pTrumpet and pBuzz — was recently on assignment in the East Midlands photographing the 'Hinckley Bullockers' as they conducted their traditional winter ritual.

For centuries, red-painted local enthusiasts dressed in gaudy ribbons have toured South West Leicestershire villages in a ritual called 'Plough Monday', celebrating the first day when the plough is prepared for the new season.

It is believed that the tradition first started in the 15th century on the first Monday of the New Year, and saw the Plough Bullockers, as they are known locally, stop at public houses, farms and large houses where they played music, danced and sang — and then asked for recognition in the form of cash donations or drink!

In times gone by, if neither was forthcoming, the offending landlord's drive was ploughed up — a tradition that thankfully has now been dropped!

However, the music and dancing continue (and doubtless the occasional drink too) and it seems that a brightly coloured yellow pBone is playing its part. It was spotted by photographer Dave who started chatting to Hinckley Bullocker Jonathan (Jon) Mason.

Suited to the task

Jon has been supporting the Hinckley Bullockers for 14 years — as did his father before him. He used to play a traditional trombone on Plough Monday but discovered pBone is much better suited to the task.

"It's the perfect instrument for a freezing Winter day — because it's so lightweight and doesn't suffer the cold. My pBone does everything I need it to do for the occasion; it's a fantastic, affordable and brilliant instrument. I love it — although I do use my own mouthpiece.

It's not the end of the world if it gets dropped or crushed by the plough either..."

In times gone by, if neither was forthcoming, the offending landlord's drive was ploughed up — a tradition that thankfully has now been dropped!4BR

Jon, who runs a tree stump removal company and also frequently performs with the 'One Size Fits All' party band, the Junction 21 Big Band, is a founding member of the Fosse Brass Ensemble.

He added: "My father, who has sadly passed away, was an enthusiastic trombone player and my brother plays in a brass band too — and we all love playing to support the Hinckley Bullockers on Plough Monday,"

Jon's yellow pBone also provides a nice contrast with his 'raddled' red face — apparently a nod to sheep stealing, whilst tradition also sees them accompanied by a man dressed as an old woman and a 'fool'. 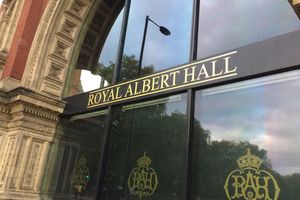 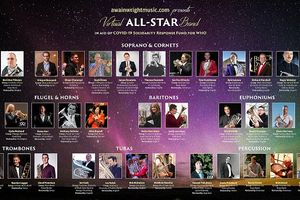 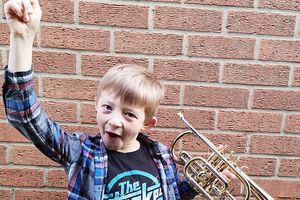 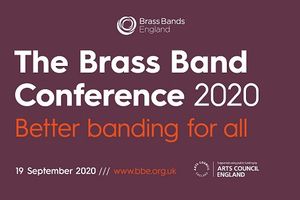